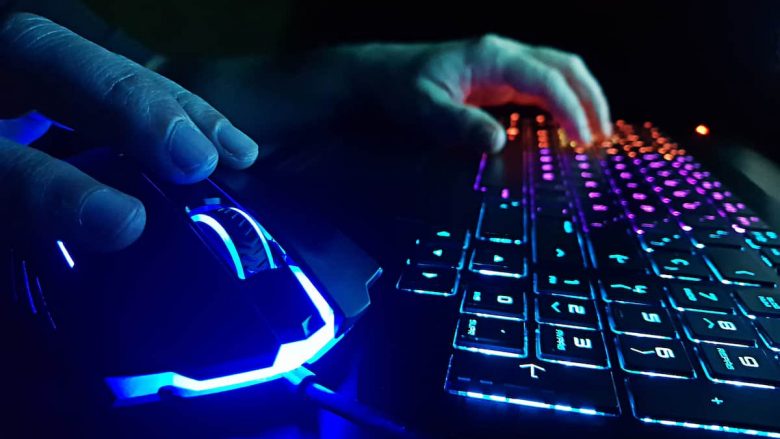 The League of Legends European Championship (LEC) 2022 Summer Season, which is the second split of the season, has been underway for almost a month now. Ten teams compete in a double round robin stage, in best-of-one games before six teams qualify for the playoffs.

Excel eSports will take on Astralis in the first game on Friday. Excel eSports currently lead the league table along with Rogue and Fnatic, who’ve each got five wins and two losses so far. Astralis, for the moment, are not in the playoff spots, in 7th place with three wins and four losses but are still well within reach to make that playoffs spot.

Both these sides look much improved from last season. Excel eSports managed nine wins and nine losses in the group stages of Spring Season before crashing out in the first round of the playoffs, whereas Astralis were the poorest sides in the series, winning three and losing 15 matches. Astralis have already managed to tie their win record from last season, having played less than half the games.

Adding a new top laner, jungler and support seems to have worked so far for what is essentially a different team from last season. The new jungler, Xerxe, seems to be particularly impressive. He has averaged 2.71 kills, 1.57 deaths, 6 assists with a KDA of 5.55. These are fairly impressive stats but it is still early days.

Excel Esports on a Higher Level Than Astralis

Excel eSports haven’t required much external help for the recent improvements. The players from previous seasons seem to have got greater synergy between themselves now. Bot laner, Patrik, has averaged 4.23 kills, 2.2 deaths, 4.83 assists with a KDA of 4.12. His teammates haven’t been too bad themselves. Astralis have a KD ratio of 1 this season, whereas Excel eSports have the best KD ratio of 1.56 in the tournament. The latter head into this favorites and we think they’re likely to come out on top in this one.

Team BDS, who finished in second last place last season with only four wins from 18 games, don’t look that much better this time around. They’re tied in last place with SK Gaming, having recorded only one win in the round robin stages so far. The time to build an early head of steam is done and it’s hard to see them picking up too many wins going forward.

MAD Lions are looking good for a playoffs spot this time around, having just missed out last time with eight wins and ten losses. They’ve got a win rate over 50 percent at the moment and as long as that’s the case, they’ll be in with a shot of qualifying for the playoffs. The next game is a great chance for them to go higher up in the table because they aren’t going to clear favorites heading into many games. A win will give them some breathing room and make chances of qualification very likely.

Key to MAD Lions’ improvement has been a steady defense. They have managed to only have 10.9 deaths per game, which is the second lowest so far in the league. Bot laner, UNFORGIVEN, seems to embody this hard to break spirit in the side. He has averaged 4.52 kills, 2.08 deaths, 4.76 assists with a KDA of 4.46.

Team BDS added a new top laner and support in May but the new recruits don’t seem to have had the desired impact. The entire team needs to be doing better, not excluding their bot laner, xMatty, who has had a disappointing year. He has averaged 2.92 kills, 2.88 deaths, 4.52 assists with a KDA of 2.58 for the year. It’s hard to make a strong case for Team BDS against MAD Lions, with the latter seeming to be on the up at the moment.

Misfits Gaming seem to be undergoing a bit of a crisis at this moment in time. This was a side that finished third in the league last season with 12 wins and six losses. They made it as far as the third round in the playoffs as well and don’t look like they’re going to qualify for it this time with only three wins out of seven games.

Fnatic Hold All The Cards

Their task at hand won’t get any easier against Fnatic, who are one of the most consistent sides in the league. Misfits Gaming’s victories have come against two of the poorest sides in the league and MAD Lions. Fnatic are a different animal and they know. Fnatic lost out in the semifinals of the playoffs last time out after ending the spring season with a second place finish in the league.

Fnatic have killed more towers than any other side in the league with 8 per game and will be hoping to do the same in the next match. Fnatic are a well-oiled unit with one of the best players in the league, Upset, leading them. He has averaged 3.97 kills, 0.92 deaths, 4.95 kills and a KDA of 9.71 this year.

Misfits Gaming need to quickly work out what’s gone wrong for them before it’s too late. This already seems like a must-win game. Playing catch up is never easy. They’ve suffered more deaths per game than any other side in the league with 15.1 per game this season. Other than Neon and Vetho, everyone in the side averages over 3.43 deaths this season. That is not good enough. The coaches and players need to come up with a solution quickly but it’s hard when games come up thick and fast.

Fnatic need to just play their usual game. If they do, this should be a comfortable win. Misfits Gaming need to find inspiration from somewhere quickly. They managed to win one of their games against Fnatic in the league last season but that was a side on the up. We don’t fancy their chances this time around.

This is a clash between two sides who made the playoffs last time around and also look set to repeat that this time around. Rogue, who made it to the finals in Spring season and led the league leaderboard then, are leading this season’s leaderboard as well with five wins from seven games.

Team Vitality always seem to do just enough. They managed nine wins and nine losses in Spring before getting demolished by G2 in the second round of the playoffs. The aim will be to go higher in the playoffs this time around. Despite looking in decent nick, they have a worrying KD ratio of 0.94 at the moment and will have to do something about that as the season progresses. They’ll need the likes of Haru, their jungler, to be at the top of his game in this one. He has averaged 3.43 kills, 2.57 deaths, 5 assists and 3.28 KDA this year.

Rogue Have Their Eggs in Many Baskets

Rogue, on the other hand, will not depend on any one player. Comp and Larssen are their two standouts, however. Both have over 4 kills per game, less than 2 deaths per game, and over 5 assists per game with a KDA of over 5 per game. If this double act is on song, there is only going to be one winner in this match.