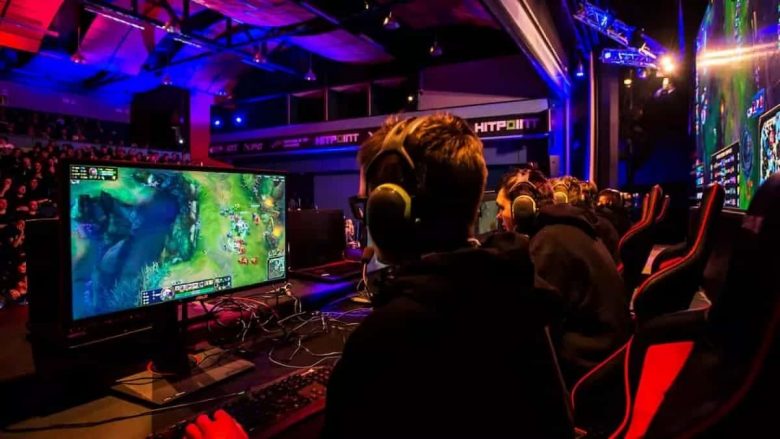 A repeat of the Spring Final

(Depending on your preference, obviously) After LDLC’s 3-2 victory, it became clear that their Spring title was a result of perseverance and not dominance.

BDS Academie were technically having the best day and could have won game 2 or 5 on another day. However, the loss of 3-2 to LDLC will be a bittersweet one after their incredible performance in overcoming 2-0 deficit. They will be thinking about it as they open the LFL Summer Season.

BDSA not in the Best Form

BDS was a little bit disappointed in the Euro Masters Season after the LFL Final. They were drawn alongside Fnatic TQ and Bifrost in Group C. However, they only managed two wins. Those were against ESCA who finished last in their group, but still managed to beat FNTQ for the tournament’s only victory.

Given that FNTQ and Bifrost failed to make it through the second round of knockouts, along with their LFL performance a few weeks before, BDSA may have been able to put this down as their worst match in recent history. KDA for Bot laner Crownshot was 3. 62 was BDSA’s best individual showing in the tournament, although it only put him at No. 27 in the rankings.

Between then and now they have had to make roster changes. Long-term Portuguese midfielder Xico has left for KOI, where he has been given a contract until November 2023. Reeker will take over as BSDA’s mid-laner, having come from MAD Lions.

LDLC OL Are Ready to Go for another Playoffs. Karmine Corp After their impressive performance in the LFL Spring final, LDLC OL were on a rampage again in the Euro Masters Spring edition. It was Karmine’s aggressive play style and some key teamfight sequences that brought Karmine back into contention and eventually took the lead. There were no alarms from the loss in final. LDLC looks settled and has no roster problems. They will be our favorite in the game, and we expect them to reach the playoffs again.

TeamGO Hopes for Changes in Fortunes after Change of Name

A week following a disappointing performance in Spring, GamersOrigin announced on Twitter that all was changing. They have been rebranded Team GO with a brand new logo, color scheme, and other changes.

On the roster front, the players who were transferred into the rebranded outfit are largely the same core, but there have been changes in their top laner and support spots. Hungarian top laner Vizicsacsi has been replaced by 19-year-old Turkish top laner NuQ, for whom it is a first move out of the Turkish region in a nascent career.

On the support front, Enjawve has left Team GO and is now a free agent, replaced in the roster by Veignorem, who had spent a little under eight months with GamersOrigin in 2020 and has spent time with Sprout and BKG ROG Esports before this homecoming. GamersOrigin had never finished higher than 6th in any of their previous three tournaments. They will hope this new approach produces new results.

Solary’s first major tournament since Spring. The new coach on board

Solary placed 7th during the spring season. This was just short of the playoffs spot after they lost out to GamersOrigin. Since then it has been quiet for Solary, as they have not participated in major tournaments or made any roster changes.

So the responsibility will again fall on Steelback, the support player, and both Asza and Scarlet who helped them get through the spring season. The K/D ratio was 0., which is disappointing for top laner Kio. 81 that contributed to him being one of the bottom 15 players based on KDA in the season. Stasko, a positional coach could help to change that.

Since making it to the playoffs in last year’s Spring competition, GameWard have managed to win only 14 games out of 36. Their biggest fight was against Mirage Elyandra in the spring season. This was to determine which team wasn’t second worst. The Spring season was also their last major competition. We believe it will be another year of tough battles to help them climb up the ranks and reach the playoffs. They have not seen any changes in their roster, either with players or with coaches. They are unlikely to do much more than what they did in March.

Misfits Prime have been leading the LFL for several seasons and we expect them to continue that momentum to compete for the playoffs – and to less extent defend their title in the LFL finals.

To make that happen things must go better than in Spring. While they did end up making the playoffs, they fell to a first round defeat at the hands of vitality Bee and, as a result, managed only 60 points from the Spring season. They need a flawless season like the one LDLC OL had in Spring to keep their chance of reaching the final of the LFL.

LDLC picked up 180 points during Spring, and BDSA picked up 135. These two teams along with Karmine Corp are currently the frontrunners for finals spots, so Misfits have little to lose this summer.

We see no problems arising in terms of playoff spots. They are one of the best five tournament teams and that’s why we don’t see any reason to change. They have had only one roster change since the spring season. Jungler TynX is now leaving for MAD Lions Madrid and will be replaced by Zanzarah, a Russian jungler.

Karmine Corp won the EU masters earlier in the month by defeating LDLC OL in the finals. The overwhelming favorite pair heads into the match against Team Oplon.

The two sides were on the opposite end of the LFL 2022 Spring season standings, with Karmine Corp coming second, whereas Team Oplon finished last in the standings. Karmine Corp lost 3-1 to Team BDS Academy, but that should be enough for them to defeat Team Oplon.

Karmine Corps is in great form and has won six of seven previous matches. They won 12 of their 18 games in the Spring season, giving them a win rate of 66.67%. Both matches they won against Team Oplon were won.

Team Oplon have nothing to lose

Team Oplon has only two wins in the spring season. One against GameWard and one against Mirage Elyandra, ending with a win rate of 11. 11 %. They didn’t qualify for the playoffs against any of their wins. Their Spring season win rate was the worst and they aren’t likely to be able to beat Karmine Corp They have a brand new roster with Absolute, Brunnes and Tiger no longer being there. They have added Twiizt, Shernfire and Migab. They will just try new things and stay competitive.

Vitality Bee Will Want to Improve on Their Spring Standings

vitality Bee were 5th on the Spring standings, before getting knocked out 3-2 in Round 2 of the playoffs against finalists, Team BDS Academy. They had a record of 11 wins and seven losses, which gave them a win rate of 61% during the Spring season.

Mirage Elyandra have hired a new coach and team manager

Mirage Elyandra hope to turn their fortunes around after they appointed Kirei and BliZard their new coaches. All other players are still on the team.

Mirage Elyandra finished in 9th position in the Spring Standings. They won six of their 18 games and ended with a win rate of 33%, which included one win against their upcoming opponents. This will be a great encouragement to them and they hope to win this tie.

He registered 4. 44 assists and has a KDA of 4. He also collected the 6th highest amount of gold with 14.8k. To win against Vitality Bee, he will need to rely on his team.

How to Watch the LFL Summer Season 2022