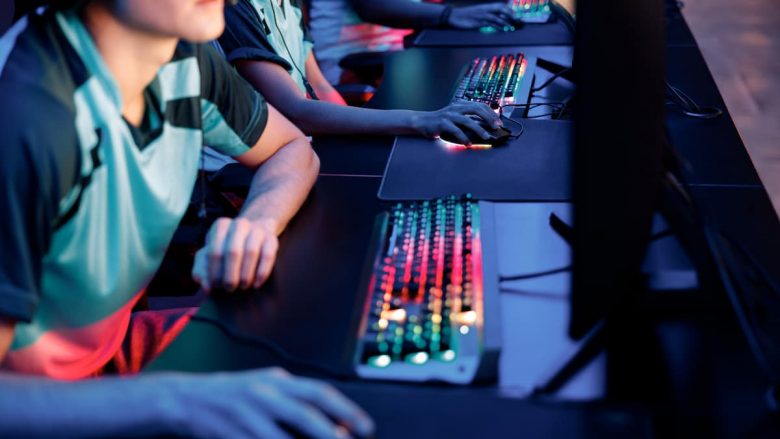 There is a massive logjam in the mid table. From No. 4 to No. 8, there are teams separated by just two wins. BDS is currently joint-seventh with a 4-7 record. They can so easily vault themselves into playoff contention should they get on a roll. The same can be said about Solary too. They’re also in this logjam that they’re trying to desperately get out of.

So, in many ways this will be a clash of two mid-table teams trying to find a way out of quicksand. Another loss and their chances will only get that much harder to find a way to finish in the top six. BDS go into the game on the back of a win; Solary will be looking to get back to winning ways.

Team BDS’ academy bot laner Juš “Crownie” Marušič, formerly known as Crownshot, has thrown a spanner in their works, even if for just a brief while. Last week, he received a competitive suspension of two games for behavior he displayed in solo queue games.

This meant a late opportunity for Matthew “xMatty” Coombs, bot laner on BDS’ LEC team, who stood in for Crownie against LDLC OL and Mirage Elyandra. Crownie’s usage of inappropriate and offensive language towards other players in the game didn’t go down too well with the organizers.

One of your most proficient players letting a team down midway through a split is obviously not part of a team’s plans. Can he redeem himself in the remainder of the season?

Who Can Stand Up for Solary?

Solary will be heavily dependent on Asza for offensive proficiency. But his numbers aren’t exactly the gold standard. He averages 3.82 kills. 2/27 deaths and 2.55 assists, along with a KDA of 2.8 and creep score of 265.27. Djoko and Kio will have to step up and contribute towards better kill participation if they are to compete.

One-Way Traffic in the Offing?

The Spring Split’s wooden spooners have a massive task at hand as they look to make the uphill climb in the summer split. Currently lying ninth with a 2-9 record, Team Oplon run into third-placed Vitality Bee in what can best be described as a one-sided contest.

Vitality Bee have recovered from a bit of a stutter to post three wins on the bounce and go into the match with an 8-3 win-loss record that makes them the overwhelming favorites heading.

Why Vitality Bee Have the Advantage

A mere glance at the player stats sheet of both teams tells you why the gulf between the two sides is so massive. The highest average kills for Oplon is Xicor’s 2.82, the corresponding number for Vitality Bee is Diplex’s 4.27.

What also works for Vitality is that the average death rate doesn’t cancel out the kill rate, which is largely a recurring trend with Oplon, which denies them any kind of an advantage. And these are just two very basic parameters that expose the massive difference in class between the two teams. Peel off another layer and it is amply clear why punters have hardly given a chance to Oplon to cause an upset here. It’s unlikely.

Oplon Hurtle Down a Slippery Slope

They ran into favorites Karime and LDLC OL in the very first week, and in both games they were roughed up to such an extent that there was hardly a way back. In the second, they were handed a sound thrashing by Gameward, and at the start of the third, Vitality Bee handed them a massive defeat.

They showed signs of improvement by pushing Team BDS Academy to the limit, and the fruits of this labor were seen in their win over Mirage Elynandra, which remains one of only two wins so far. But this yo-yoing between good and ridiculous hasn’t helped their cause one bit. They need to find a way to remain in the contest a lot longer.

Right now, they’re being brushed aside right upfront. Once that has happened, there has been no way back. Their current trend follows what they did in the Spring, where only in the last two weeks they managed their first wins. Two changes in the roster later, not much seems to have changed.

Last-placed Mirage Elyandra have an uphill task in their quest to post their second win of the split that has now veered well past the halfway mark. To do it against Misfits Premier, who are currently fifth with a 5-6 record and well within playoff contention will almost feel like daylight robbery, because they’re now on a nine-match losing streak.

You will need to have an adventurous steak in you to try and punt on Mirage at this point in time. The simplest option will be to punt on Misfits.

Misfits Have Proud History To Protect

They began the split 0-2 in week one, and then saw themselves crash and burn against Vitality Bee. Three losses down, they pulled themselves together with the win against Mirage marking their turnaround of sorts. As they return to play Mirage, they find themselves better placed, having won four of their last six games and on an upswing.

Considering how the 2022 spring split was their worst-ever – they finished fourth with a 11-7 record, and then began with a 3-0 loss to Vitality Bee on the maps in the first round of the playoffs, thereby finishing 5th in the spring split. So there’s much to prove. There’s a proud history to protect. They will be expected to do all the running

Financial issues from earlier this year have forced Mirage Elyandra’s existing owners to try and find a buyer for their LFL slot next year. After an excellent run through 1921 in division-2, Elyandra made it to the LFL this season. However, lack of infrastructure and financial support had left them skating on the ice.

As a result, they haven’t been able to guarantee player contracts for the long-term, which has had a trickle-down effect on their results. If they can turnaround their dire situation and string up a few wins, it’ll at least set the players up for some much-needed visibility, and possibly a move to other teams when the transfer window opens. Or maybe a series of inspired performances could bring in much-needed infusion of funds.

GameWard are happily cruising, currently placed second with a 9-2 record and on a roll with three back-to-back wins that has vaulted them into the top three. Vitality Bee are breathing down their neck – they’re also on a roll with three straight wins – so the margin for error and slip-ups is minimal if they’re to remain in contention for top spot.

For the record, LDLC OL are unbeaten currently with a 11-0 record. Team GO are in mid-table clutter, with five wins and six losses. They’ve slightly been devoid of momentum having lost two in a row. They wouldn’t want to lose a third straight game. There’s still a small matter of finishing in the top six to earn a playoff spot, so there’s much at stake.

Small Step or a Giant Leap?

The feel is back. GameWard have been a surprise pick this summer so far. This surge didn’t seem possible especially after their spring split, where they finished eighth with a 7-11 record, but they’ve bounced back in style.

Akabane and co started superbly, and clashes against the top sides LDLC OL and Team GO, who they will square off once again for a second time, set them up for a dominating first half. It’s upon them to prove if their first half performance was a small step or a giant leap.

Team GO Refuse to Be Beaten

Team GO have been consistently tugging away, undeterred by big-name players or teams. That has been one of their biggest takeaways so far this season, and one that will definitely count as a positive irrespective of how they fare in the rest of the split.

In Karim kt and Ronaldo, they have two excellent support players who have taken on the mantle from Veignorem, but there’s still a lot to be done in terms of their offensive games across the lanes. A highest kill record of 3.36 by Smiley doesn’t speak highly of their offensive proficiency just yet. There’s still some time to change that.

By the time they take on toppers LDLC OL, Solary would know if they’ve drifted away from the mid-table clutter or if they’re deeply in it. This could dictate the course they will take against toppers LDLC OL, who are on a bull run.

Solary’s best opportunity either way is to be all-out aggressive and try and catch LDLC off guard up top, so that there’s something to think about. Whether that comes via an early gold lead or fight for the baron – they will need to come up with an out-of-the-box plan to try and see if their opponents react differently.

So far, there’s been an air of predictability to the way LDLC OL have approached the split. They’ve progressed like a seasoned machine, doing things the way they’d planned for. This won’t be a bad time to check their contingency plan, just in case their Plan A fails.