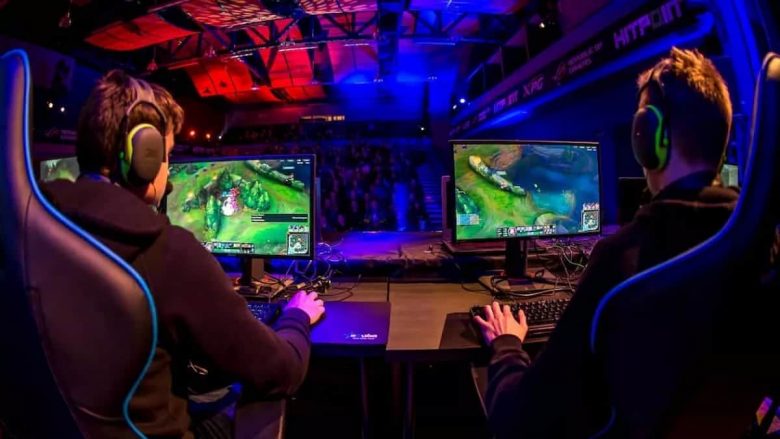 Team GO, formerly known as Gamers Origin, ended the last season in 6th place in the league with 8 wins and 10 losses. They were able to make it into the playoffs, but only managed one round. The team lost 3-1 BDS Academy. The team is hoping to get a little further this season and has made promising starts towards it so far. Although they have won 3 of 4 games, the next challenge will be tough.

This is a completely new team, and it’s difficult to gauge how well they can handle opposition such as LDLC OL. The Jungler Karim kt has been a great addition to Team GO in their brief time. His kills have averaged 3.0. 75 deaths, 6.5 assists with a KD of 5. 71 in the four games so far. This side doesn’t rely on one player and requires the support of all members to succeed.

OL will Win this Match.

Last season’s Champions have also started the season hot. They had a 13-5 win-loss record in the league last year before winning it all in the playoffs by seeing off BDS Academy in a tight match that ended 3-2. They have a 100% record so far this year, with four wins out of four. The clear favorite heading into the tie has an unchanged roster.

They’ll need Eika to set the pace. His average kills are 4. 64 kills, 1.8 deaths, 6. 07 assists with a KDA of 5. 94 this season. This is not his only great stat and it’s something that teams who want to win the championship need. LDLC OL is the favorite going into this season. Winning games such as these will prove to be crucial to their success. This match is a safe one.

Solary Are in a Bad Start

They’ll probably regret not making any changes now, but they will have to live with what they currently have. Their bot laner asza will be needed to perform well in this match. His average kills are 3. 64 kills, 2. 41 deaths, 4.5 assists with a KDA of 3. 38 per round this year. He won’t be able to do it alone. Solary is in serious crisis right now, so this must be a team effort.

Misfits Premier Have Underwhelmed So Far

Misfit Premiers were quite good last season with a 4th place finish, winning 11 and losing 7 games. The fact that they lost 3-0 to Vitality Bee in their first round would have been a disappointment. This poor season has continued into the next season.

They have won just one game so far in this season’s four. With only one major roster change, it’s difficult to pinpoint what has gone wrong. Czajek (the mid-laner) will be needed to return to the last season’s form. Czajek has been average 3. 17 kills, 2. 25 deaths, 5. 38 assists and a KDA of 3.8.

Vitality Bee were 5th on the Spring standings, before getting knocked out 3-2 in Round 2 of the playoffs against finalists, Team BDS Academy. They had a record of 11 wins and seven losses, which gave them a win rate of 61% during the spring season. Although they were hoping for another playoff run, this team has started the season on fire by winning four of their first four games.

Vitality Been One Of the Most Improved Teams

Key to any future run is Jactroll. The support player has averaged a ridiculous 10. 56 assists, while also getting 0. 96 kills, 2. 83 deaths and a KDA of 4. 07 this year. It is possible that vitality Bee will continue their winning streak.

Gameward Are Quite Consistent This season

Gameward started the season with three wins out of their four games. The results of last year’s season were disappointing for them, with no playoffs. They got seven wins from their 18 games. To improve on their performance from last year, they only need to win five more league games.

They’ll need Innaxe, their bot laner to perform well. His average kills are 4. 27 kills, 1. 64 deaths, 5. 82 assists and 6. 17 KDA this year. The momentum is stronger for Vitality heading into the tie, and they should win.

Karmine Corp go into this match as the favorites. The two sides were on the opposite end of the LFL 2022 spring season standings, with Karmine Corp coming second and Mirage Olyandra finishing second last in the standings. Karmine Corp lost 3-1 to Team BDS Academy in semifinals of spring season, but they should still be able to defeat their next opponents.

Karmine Corp Should Get This One Done

Karmine Corp is in great form and have won all four of the league’s games.

Mirage Elyandra were hoping to change things this season after hiring Kirei as their new coach and BliZard as their new team manager but things haven’t been much better after only winning one of their four games so far.

Mirage Elyandra finished 9th in the Spring league standings. They won six of their 18 games and ended with a win rate of 33%.

Key to their chances is Cody Sun, a laner. His average match score was 1. 77 per match, 2. 67 kills per match, 4. 44 assists and a KDA of 4 this year. To be able to compete against Karmine Corp, he will need the support of his team. It looks easy to pick this match. Karmine Corp is a good bet in this match.

Unfortunately for Team Oplon, things haven’t gotten much better in the summer season. After playing four matches, they have yet to win.

Team Oplon has only two wins in spring season. One against GameWard and one against Mirage Elyandra, ending with a win rate of 11. 11 %. They didn’t qualify for the playoffs against those they won. They were the ones with the lowest spring season win rate. It’s not a great read.

They have a new roster with Brunnes and Tiger no longer present but that hasn’t really translated into something better. They have added Twiizt, Shernfire and Migab. They have to remain highly competitive.

Last season, the runner up had a disappointing start with just one victory out of four matches. Some of the roster’s newer members are struggling to find their way.

They’ll need Crownie in top form for this match. His average kills are 4. 09 kills, 2. 33 deaths, 5. 02 assists and a 3. 92 KDA this year. Although the team doesn’t seem as powerful as it did a while back, they still should be able to beat Team Oplon. BDS Academy is a good bet, but it’s high time that they take control of a team.