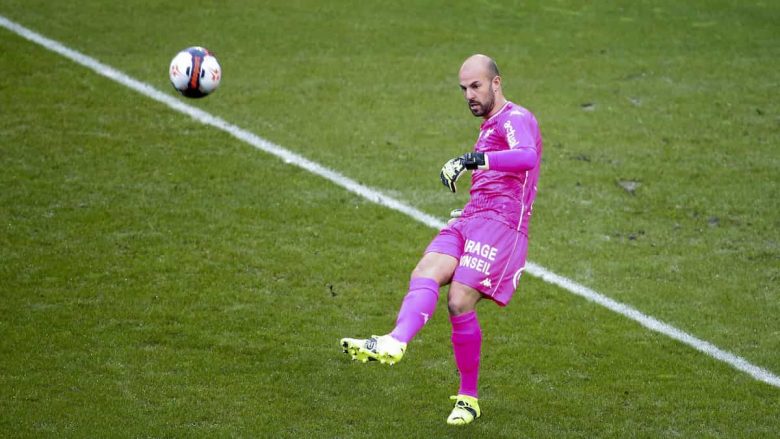 Ajaccio and Auxerre were promoted to Ligue 1 last season, so it is no surprise that they are the two favorites for relegation. The gap between the top two divisions in France has grown wider in recent years, and the two clubs will have ground to make up on those sides who have been established in Ligue 1 for several seasons.

Clermont only narrowly avoided the drop in 2021/22 and they are expected to struggle once again. Similarly, Lorient and Troyes were just a few points clear of the relegation zone after 38 rounds of fixtures, and both would probably settle for 17th place were they offered it right now.

Keep an eye on Montpellier too. They were flying high in fifth midway through last season, only to plummet down the table after the turn of the year. Demotion is unlikely but far from impossible.

If you would like to hone your skills and learn more about how to bet on soccer ahead of the Ligue 1 2022/23 season, make sure you check out our guide.

At the time of writing, the 2022/23 campaign has not yet gone underway and the current Ligue 1 standings are therefore ordered alphabetically. Take a look at last season’s final table before you make your predictions for what might lie ahead over the next 10 months.

How Does Relegation Work in Soccer?

Relegation is a fundamental part of European soccer, and it is impossible to envisage the Premier League, La Liga, Serie A, the Bundesliga or Ligue 1 without it.

France and Germany have a slightly different system to England, Spain, and Italy. In the latter three countries, the three clubs that amass the fewest points over the course of the season (three points are awarded for a win and one for a tie) are automatically relegated.

In the Ligue 1 standings, the bottom two are automatically relegated and the third-bottom side enters a play-off – more on which below.

How Does Ligue 1 Relegation Play-off Work?

At the start of the 2016/17 season, the powers that be reintroduced the relegation play-off in France. Since then, the team that finishes 18th in Ligue 1 faces a two-legged tie against the side that finishes third in Ligue 2.

The first leg is always held at the home stadium of the Ligue 2 club, and the winner after both matches have been played takes their place in Ligue 1 the following season. The loser competes in Ligue 2.

How Long Does Relegation Last?

Relegation refers to the transfer of a team to a lower division. Once the season is over and the club’s fate is sealed, they are no longer a ‘relegated side’ – they are just one of the participants of Ligue 2.

How long a team spends in the second tier following relegation varies. It could just be one year if the side wins promotion back to Ligue 1 instantly, or it could last for decades. Some clubs relegated from Ligue 1 go on to suffer a further demotion before they make it back to the top table.

Which Ligue 1 Teams Have Never Been Relegated?

Paris Saint-Germain are the only Ligue 1 team that has never been relegated. However, the club from the capital was only founded in 1970 and did not enter Ligue 1 until 1974 – 44 years after the competition was founded.

Given their financial muscle, it is hard to see PSG dropping down to Ligue 2 anytime soon. Their record of being the only unrelegated French club should last for a long time.

Soccer fans based in the United States can watch Ligue 1 on beIN SPORTS.