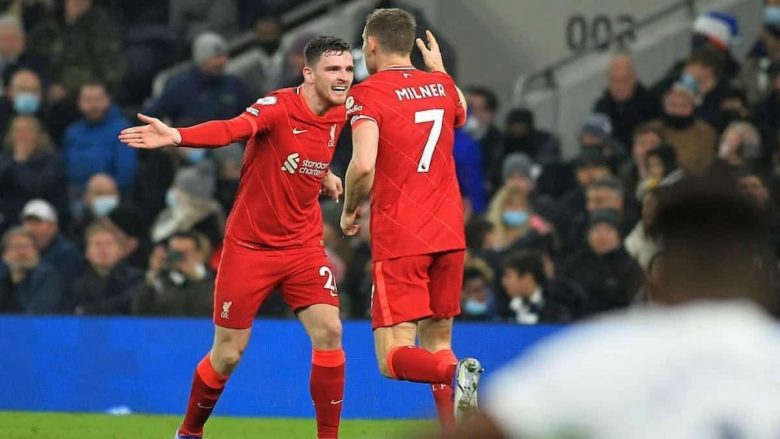 Liverpool is a club that has achieved plenty throughout its history, but the 2021/22 campaign could end up being their most successful of all time. The Reds still have a chance to win four trophies with just over one month remaining. After a win in penalty shootout over Chelsea in February’s final, the League Cup has been placed in Anfield’s cabinet. In the FA Cup final, the Reds face the same opposition in May.

The Premier League title as well as the Champions League are the two most valuable prizes. Liverpool is one point behind Manchester City in the race to win the title. Jurgen Klopp’s team has now beat City to the title in Europe. That is in large part because they have an easier draw in the semi-finals, but it also reflects how well Liverpool have played for most of 2022.

The Reds show many sides of their game lately. They had to work hard and endure heavy pressure when they draw 2-2 in the Premier League with City earlier this month. In the FA Cup semifinals, Liverpool defeated Pep Guardiola’s team a week later.

They defeated Manchester United at Anfield 4-0 a few days after their victory at Wembley. Ralf Rangnick’s men were utterly defeated, but Liverpool displayed some incredible soccer and could have won the match by a bigger margin. Even though they were slow against Everton, Klopp’s team won the game with a 2-0 victory. It will be difficult for this Liverpool team to stop in any competition.

Villarreal Shown They Are able to Deliver Major Shocks

It is clear that Villarreal remain the weakest of the remaining teams in this competition. The Premier League sees Liverpool and City go head-to-head in Liverpool, while Real Madrid and City prepare to celebrate their La Liga titles triumphs. However, Villarreal sits seventh on the Spanish top-tier tables. They must finish within the top six in La Liga to be eligible for the next continental competition, unless they win the Champions League.

But anyone who followed this season’s Champions League will see that Villarreal is not to be dismissed. Their manager Unai Emery is an expert at knockout soccer. His current team won the Europa League title last season. He had previously won it three times with Sevilla, and another with Arsenal. Excluding his time at Paris Saint-Germain, Emery has won 21 consecutive two-legged ties in Europe.

Villarreal has pulled off some surprises already this term. The current Juventus side is by no means a vintage one, but the ruthless manner in which they were dispatched by Emery’s men in the round of 16 was a sight to behold.

Even more remarkable was Villarreal’s aggregate win over Bayern Munich, 2-1. Emery defeated Julian Nagelsmann who is rightly considered one of Europe’s most brilliant coaches. It was by no means a smash and grab: Villarreal were the better team over 180 minutes.

Villarreal isn’t as good as Liverpool in terms of individual talent, and Emery doesn’t have enough knowledge to match Klopp. The Spanish team can make Wednesday very difficult for the Reds. Emery will be able to see how Everton defeated Liverpool in the Merseyside derby’s first half. He will also have worked hard to devise a strategy to counter the Reds’ weaknesses.

Villarreal might also benefit from fresher thinking. The two sides have worked hard for this tie and now have all of their eggs in the Champions League. Liverpool, however, have faced four matches of high intensity against Manchester City (twice), Manchester United, and Everton since their quarter-finals.

Villarreal’s defense will be compact and narrow in the first stages. Liverpool will come roaring out of the traps, and we will probably not see much in the way of an attacking threat from Villarreal in the first 20 minutes or so. Emery will keep the pace steady at the back, before allowing the game to progress as the time ticks by.

Everton managed to reach half-time on Sunday with scores tied, but Villarreal is good enough to achieve the same. By the end of the 90 minutes, though, Liverpool’s superior quality will probably have made the difference. A draw in the interval was returned, as well as a win at home at full-time.

How to Watch Liverpool vs Villarreal