London Spirit Vs Welsh Fire: Glenn Maxwell Came Into This Competition With An Enormous Reputation 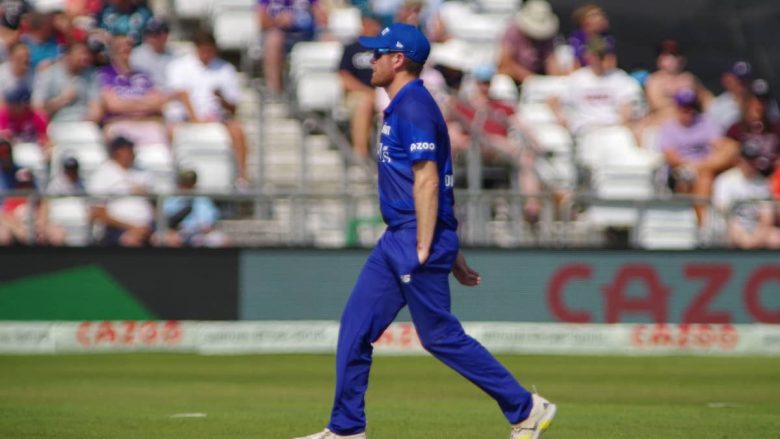 London Spirit will take on Welsh Fire in the 24th match of The Hundred Men’s 2022 edition on Wednesday, 24th August. The match will be played at Lord’s in London.

London Spirit has been one of the most formidable sides this season. They started their campaign with four consecutive victories – against Oval Invincibles, Manchester Originals, Southern Brave and Northern Superchargers. Having said that, it should be noted that Eoin Morgan’s men suffered their first defeat against Trent Rockets in the last match and will hence be desperate for a comeback.

On the contrary, everything Welsh Fire tried this season has backfired. At the time of writing, they were placed at the very bottom of the standings, having lost all of their four matches – against Southern Brave, Oval Invincibles, Birmingham Phoenix and Manchester Originals. Among these matches, Welsh Fire did put up a fight against Birmingham, but the other three matches were pretty one-sided affairs.

Given that they suffered their first defeat in the last match, London Spirit might have a few changes to their team. Daniel Lawrence scored only 7 runs in the game against Trent Rockets, while his average in this season is only 17.33. If he is available for this match, Josh Inglis will be the perfect replacement for Lawrence. Besides that, we can also expect to see a change in the bowling department. Liam Dawson failed to pick wickets in the last game and conceded 23 runs in 10 deliveries. He could be replaced by Chris Wood, who has picked up a couple of wickets in this tournament already.

On the other hand, Welsh Fire could also make a couple of changes to their team. Sam Hain is having a difficult season with the bat, having scored only 37 runs at an average of 12.33 and a strike rate of 102.77. He couple be replaced by Leus du Plooy. On the other hand, David Payne could be axed from the bowling department. In his place, Matt Milnes will be a decent replacement.

Glenn Maxwell: Glenn Maxwell came into this competition with an enormous reputation, and from what he has offered to his team so far, London Spirit management will be happy with their Aussie recruit. Maxwell has scored 116 runs at an average of 38.66 and a strike rate of 150.64. Though he has not scored a half-century yet, he crossed the 30-run mark against Southern Brave and Northern Superchargers. Besides that, Maxwell has also scalped a couple of wickets with his off-spin bowling.

Jake Ball: Given how they have performed so far, it is difficult to pick a top performer from Welsh Fire. Perhaps, Jake Ball has been the only impressive cricketer in a team that has otherwise looked lacklustre. The 31-year-old pacer had 6 wickets to his name at the time of writing, while his economy rate of 8.73 runs per six deliveries is not too bad either, considering a few of his teammates conceded over 9 runs per six deliveries.

How to Watch London Spirit vs Welsh Fire