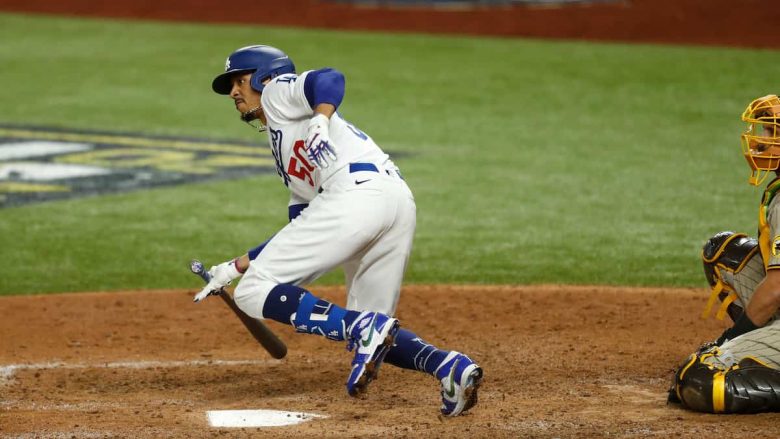 The Los Angeles Dodgers will duke it out with the Milwaukee Brewers in the first of a four-game set. This is the first time these teams are facing each other, so anything can happen. The Dodgers are the best team in baseball with their 79-34 record. They are sitting comfortably in first place in the NL West with a 16-game lead over the San Diego Padres. I am not recommending they lose a few games, but if they do, they will be fine. On the other side, the Brewers are fighting for first place in the NL Central. After losing two of three to the first-place St. Louis Cardinals, they are now 1.5-games back of first. The Brewers are also 1.5-games out of the third Wild Card spot. This will be an incredibly tough series for them, but they must win at least two of four games.

Both teams are coming off losses in their previous games. The Dodgers’ 12-game winning streak was snapped when they were shut out by the Kansas City Royals 4-0. Tyler Anderson pitched a decent game for Los Angeles but gave up three runs. The larger issue was the Dodgers’ hitting; they only put together two hits. The Brewers had a little more hitting success than the Dodgers last night, but their pitching struggled. They put up three runs, but reliever Taylor Rogers gave up four earned runs in less than one inning of work. Milwaukee ended up losing 6-3.

This game will not be a blowout, but the Dodgers will win. They have a significantly better offense than Milwaukee and are sending dominant southpaw Julio Urias to the mound. Urias has been a man on a mission, and his numbers prove that. He is throwing almost six innings a start and has a 12-6 record. He also has the seventh-lowest ERA in the league at 2.49 and the eighth-lowest WHIP at 0.97. The Mexican pitcher has been extra dominant in his last five starts. He is averaging over six innings a game in that span and has only given up four earned runs. His opponent will be Freddie Peralta. Peralta has a decent record of 4-2, but he has struggled this year. He is averaging under five innings a start and has a troubling 4.37 ERA.

On top of Los Angeles’ superior starting pitching and hitting, they have one of the best bullpens in baseball. Their 3.18 ERA is the fourth-lowest, and their 26 allowed home runs are in the bottom five.

The over/under for this game is placed at 7.5 runs. I would pick the under largely due to Los Angeles’ dominant pitching.

Milwaukee has a solid offense (averaging over 4.5 runs a game), but they are facing a top pitcher in Julio Urias and a top bullpen. I expect them to put up two runs by way of the home run ball; as good as Julio Urias, he has given up a problematic 15 home runs this season.

On the other side, the Dodgers should not have a problem scoring against Freddie Peralta. With that being said, it will not be enough runs to pick the over.

Dodgers cover the spread, Under 7.5 runs.

There is almost a full slate of games today, but this should be on of the better ones. The Dodgers have very few weaknesses, and the Brewers have one of their better teams in a long time.

Aside from Julio Urias, I would watch out for the trio of Freddie Freeman, Trea Turner, and Mookie Betts. Freeman is having a career year in his first as a Dodger. His .320 average is the third-best in the league, and his .914 OPS is the second-best. Trea Turner has been an RBI machine for Los Angeles. His 83 RBIs are the fifth-most in all of baseball. Finally, we have six-time All-Star Mookie Betts. Betts is having what appears to be a regular season by his standards; he has 26 home runs and 60 RBIs.

If you are a Brewers fan, I would watch out for Rowdy Tellez, Willy Adames, and Hunter Renfroe. These three players have combined for 66 home runs and are going up against a pitcher who gives up home runs. Milwaukee should be able to get a couple of runs from these players’ bats.

Bet on the Dodgers’ moneyline, Dodgers to cover the spread, and on the under.

How To Watch Dodgers vs Brewers