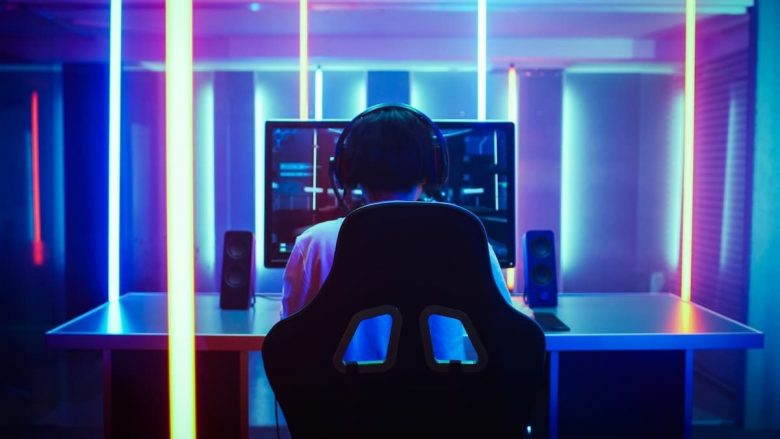 These are still early days in the summer split, but both Rare Atoms and OMG wouldn’t want to go down two games right at the start. One of their streaks is set to continue on Thursday. That said, in a 17-team pool, opportunities to bounce back are aplenty. Both sides need to improve their performance if the spring split shows.

Rare Atom finished 8-8 and were ninth at the end of the regular split, while OMG ended with an underwhelming 6-10 record, including three back-to-back losses that had them finish 11th. There is not much to pick from in terms of their final results. You wouldn’t be foolish to choose either team to win the game. The odds of winning are very close.

What Rare Atom Could Do better

Betty’s offensive prowess helped her score 6 kills and 0 deaths, as well as 8 assists in crushing Rate Atoms. He was well complemented by Zdz in the mid lane, while QiuQiu played the support role to perfection, leading the way with 12 assists. Betty’s 13.2k gold count was the highest among all the Anyones Legend players.

Strive had 2 kills, which was the most for Rare Atom. Overall, Rare Atom were beaten in 25 minutes in the second; the first took slightly longer; 29 minutes. They would have to take away from this loss a lesson that will help them stay in the contest longer.

OMG’s Crumbs Of Comfort OMG had to face reality after eStar beat them by a 2-0. They will be hurt more than their loss. In game-1, eStar ended with a 12k gold advantage, this was pegged at around 11k in the second. In game-1. They OMG managed just 9 kills to eStar’s 22; the second too ended with a similar score line.

If they were to find positives in this defeat, Creme’s second-game performance, which saw him score 4 kills and 4 deaths, as well as 2 assists, is one to be proud of. The eight assists Jerry scored in the second match were a sign of potential; they have something to work from going forward.

Ultra Prime have begun with a dominating win; Bilibili have begun with a loss where they went down fighting. This promises to be an intensely contested match on paper. Ultra Prime finished 12th in the spring split with an underwhelming 5-11 record; Bilibili ended four spots higher at eighth with a 9-7 record.

While the opening games may be important, the main factor in determining the odds is their spring performance. This makes Bilibili the favourites to win this match.

Bilibili’s Spring Split Star Missing; Opportunity For New Hero To Emerge
Bilibili have been plagued by a high death rate that has all but canceled out any offensive proficiency they may have gained through their kill percentages. Uzi managed 5. 11 kills, 2. 89 deaths and 7. 78 assists, along with a KDA of 4. 46 and creep score of 359.44. In the spring, he played nine games and won four.

One of them was a memorable victory over Ultra Prime by a 2-1 score. The veteran ADC will not be available this time. It is now up to someone else, and they will.

Gen G starts the Summer Split hoping to continue the momentum they gained from the spring’s second place. They were just slightly off the pace to toppers T1, finishing with 15 wins and three losses. To end the regular split, five of these wins were back-to-back.

KT Rosters were at the middle of the table for most of the split but suffered a slide towards the end which saw them finish seventh and just out of playoff contention. They eventually ended with seven wins and 11 losses. You can see which one the punters favor by comparing their spring split records. You can place your wagers that Gen G will make a successful start to the Summer Split.

Gen Gen G Do the Unthinkable with ‘Chovy.’

A success rate of 70.6% across 34 matches tells you of his impact. If you dig deeper, Chovy had the most kills of any player who participated in the spring split. He managed to score 4. 24 kills, 1. 44 deaths and 5. 97 assists, along with a KDA of 7. 08 and creep score of 311.44. Chovy’s retention is a way to ensure he stays in Korea. This region has been an integral part of his League of Legends journey.

KT Rolster will be hoping to channel their performance from the 2022 Spring Split, where they beat Gen G by a dominating 2-0 score line which ended their winning streak. Aria and Aiming were the key to their win.

Aiming ended the split with his most popular record. He scored 4. 28 kills on an average, along with 2. 14 deaths and 4. 12 assists, along with a KDA of 3. 92 and creep score of 337.84. Aria was a good sport in reducing participation throughout the season. His impact can’t be quantified by looking at the numbers.

DWG KIA. KIA is the overwhelming favorite when Fredit BRION takes on KIA. Third in the spring split, DWG KIA finished with 11 wins and seven losses. Fredit BRION had a sharp slide towards the second half of the split, leading to them finishing with more losses than wins – 8-10 – overall. There have been a few roster adjustments and changes in roles.

Like their signing of 21-year old mid-laner Dang “TLong” Thanh Long to its Challengers team. He is the first Vietnamese player to participate in the LCK Challengers. Tlong was previously part of BRO Academy from January. Tlong’s participation in the Challengers team is a huge opportunity for him to be part of the main squad during the summer split.

When BRION Made History

Credit BRION was the first LoL team to reach the LCK Spring playoffs. They beat DWG KIA by a 2-0 margin to get there. BRION are known for being strong horses, and they have been able to defeat big teams repeatedly. They beat DWG KIA twice last year.

They’ve been beaten twice by DWG KIA in the past. In the spring split, BRION were at the receiving end of some horror luck with covid-19, which even had them forfeit a couple of games. We hope there are no such dramas.

DWG KIA has made a roster shift

DWG KIA and top laner Yoon “Hoya” Yong-Ho an official parting. This may surprise some, considering top laner Nuguri was back in April after a break which seemed to have lasted longer than anticipated. Before that, he worked with LPL’s FunPlus Phoenix. While Burdol was DWG KIA’s top laner during the spring split, Hoya played in four series. This included three against Gen.G.