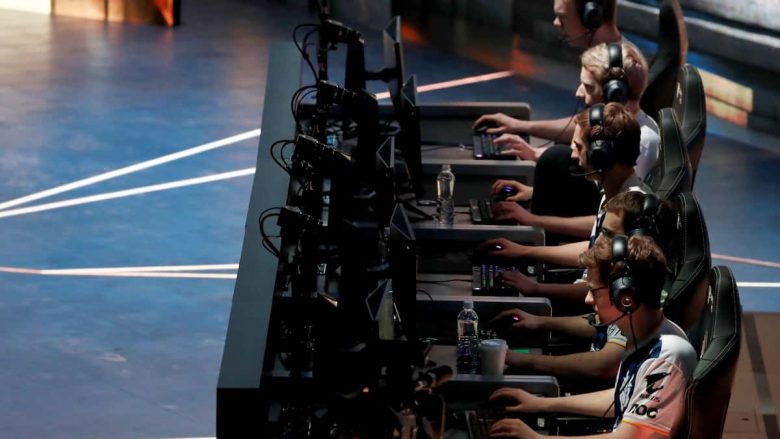 Kwangdong Punch Above Their Weight

However, the Freecs weren’t the favorite team going into the match. Why? They made it to the playoffs after a tiebreaker and they had just lost their best-of-3 fixture to DRX. They had a lot to prove, and were able to push themselves beyond their limits under immense pressure.

As you would expect from a high stakes clash, both sides made mistakes but were still able to get the result they needed. This is the boost they needed for their match against T1, the record-setting, all-dominating and historic spring split in which they were unbeaten through every phase.

T1’s 2015 avatar held the previous record of 15 wins without going unbeaten in a split. Seven years on, they’ve bettered it to make it 18-0. Both wins have one thing in common: Lee Faker Sang-hyeok is a League of Legends GOAT.

This creates a powerful combination that is difficult for teams to match. Kwangdong Freecs can recall well the way T1 started the split beating them 2-0. To get themselves fired up for Saturday, they only have to remember that result.

During the season, Faker achieved key milestones, that of his 1000th game as a professional, one he celebrated by giving away 400 boxes of fried chicken to members of the media and T1 fans in attendance. Some may think this team’s success is extraordinary, but that is because of the investment they made in their training programmes. They can add another chapter in what is already a great season.

T1 won all awards last night. Ryu Min-seok won the MVP award. He became the first ever supporter to win this title. During this split, Keria set an all-time LCK record for most assists in a single split with 462 total. Lee “Wolf”, a former supporter of T1, held this record. The dominant team among the All-Pro teams was T1, which also dominated heavily.

Who is your favourite?

Notice how many factors have contributed to T1’s success? Do you have any doubt who is the favourite for this match? Keep your money on the continuation of their win over Kwangdong Freics.

Gen G Hold The Edge, Odds With Them

It’s a massive semi-final with neither side giving away an inch. DWG KIA just won a 2-1 victory against Fredit BRION. Interestingly, FREDIT won their historic playoff berth against DWG with a 2-0 win. They meet Gen G, who has been a dominant force in the playoffs. The two teams last met earlier this year.

Back then, Gen G powered to a 3-1 win without their standout mid-laner Chovy, who tested positive for COVID-19 and was replaced by rookie Baek “Ophelia” Jin-seong from the org’s Academy team. Ophelia was a promising player and she didn’t falter at crucial moments. It was closer than anyone would have expected.

A Game Of Cat And Mouse

While Gen.G won the first game at the 41-minute mark, DWG KIA bounced back and steamrolled through the second game, spearheaded by bot laner Seo “deokdam” Dae-gil on Ezreal. The series’ third match was close. Gen G was able to see it slip away but still managed to win the game after two important team fights. Their players were flawless in their execution.

That was when DWG KIA decided to concede the game. The fourth game proved to be a one-off. Chovy has returned and DWG KIA is likely to be busy making preparations for a playoff match. A playoff match is an entirely different kind of game, as if there was not enough pressure.

Bilibili Gaming has clinched 8th place in the LPL playoffs. However, it’s been difficult. They had hoped to build a strong team but things have not gone according to plan. Uzi was brought out of retirement by them. They signed Doggo (from Beyond Gaming) and yanked Crisp (from FPX).

They also signed three LPL greats, Weiwei, Breathe, and FoFo. They should be considered one of the top teams in LPL. However, they have lost 9 games and suffered 7 losses during the regular split.

Midway through the game, Uzi announced that he was going on a vacation. It was due to synergy problems, the team said. Uzi, who is known as the best ADC player ever, will not be available. Doggo, another super star ADC, will be under more pressure.

Given the current state of things, we might have seen Uzi leave Bilibili. What about the other issues they have off the field? Can they let them put those on-the-burner while they prepare for the playoffs.

The reason the Rare Atom made it this far is that they have maintained a healthy weight. The spring split was a sleepwalk through half the time. They lost five of their six matches and fell to the ground. They got rolling and won four consecutive games to increase their chances of making it to the playoffs. They went on, going 8-6 in the last two weeks of regular split.

With games against better-placed teams than them (Edward and JDG), there was concern about their ability to sustain this surge. To secure a playoff spot, they exceeded all expectations and beat both Edward and JDG. They then slumped as though on cue. Their game score of 20-18 is nearly even, highlighting this inconsistency and the up and down performances.

Odds Against Rare Atom, but don’t write them off

Their unpredictable nature makes them unpredictable and leaves opponents wondering which side they will be on any given day. The odds are stacked against Rare Atom. However, this gives adventurous gamblers the added thrill of betting on an opponent team.

Edward Gaming finished the regular split at seventh place, winning 10 and losing six. The fierce competition in this league is evident by the fact that so many sides won double-digits during the regular split. FunPlus Phoenix finished with an 8-8 record, which was less than ideal to secure the last playoff spot.

It wasn’t certain until the last week but they managed to get through because of a second-half sprint after some ordinary results. Edward Gaming has the best odds here. They are the team with the most experience. FunPlus must match EG’s efforts. Will they be able to cause an upset?

FunPlus Phoenix had to fight off Oh My God for the last playoff spot. OMG’s season was halted after a series of covid test results that were positive.

OMG was in a difficult situation as they fought for the last playoff spot with FPX after a postponement of two weeks. OMG was 6-8 and FPX had a record of 7-8 going into the match. OMG could have qualified for the playoffs if they had won one of their series against FPX. FPX was more aggressive when they needed to win, but it wasn’t to happen.

How to Watch LPL and LCK 2022 Spring Split