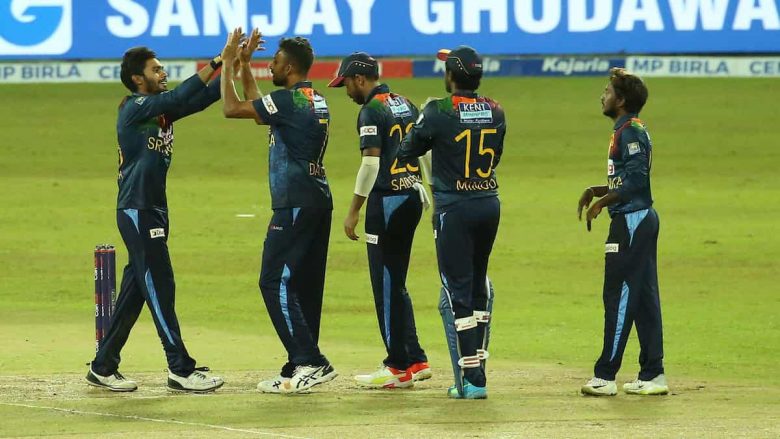 Winning the first match of any competition can work wonders for a team, for it acts as a crucial confidence-booster for the players. However, the Indian Premier League is a marathon and Mumbai Indians can safely testify that the first game does not necessarily define a team’s progress.

Hence, Lucknow Super Giants and Chennai Super Kings, two teams who started their journey with a defeat, will be looking to bury the past and go all guns blazing in this upcoming fixture, which will be played at Mumbai’s Brabourne Stadium.

KL Rahul’s Super Giants met Gujarat Titans in their opening encounter, where they did well to put up 158 runs on the scoreboard after a shambolic top-order collapse. However, Rahul Tewatia’s fiery knock handed them a 5-wicket defeat. On the other hand, CSK started their campaign under the new leadership of Ravindra Jadeja with a 6-wicket defeat against Kolkata Knight Riders.

Batting first, they could only post a total of 131 which the Knights chased down in 18.3 overs.

Lucknow Super Giants will not be in a position to make wholesale changes to their squad, as like the previous game, they will only have three foreigners available for this match.

What they could do is make an Indian switch by replacing Mohsin Khan with Ankit Rajpoot. Inexperienced Khan did not look too convincing against the Titans, whereas Rajpoot is an experienced player in this competition, having represented four franchises previously.

Chennai Super Kings’ case will be completely different as all of their eight foreigners will be available for this game, with Moeen Ali and Dwaine Pretorious serving their three-day quarantine period.

The former is expected to be included in place of Mitchell Santner, while we could see another overseas change in Ravindra Jadeja’s team. New Zealand speedster Adam Milne, who failed to scalp wickets against Kolkata Knight Riders, might have to make way for England’s death-overs specialist, Chris Jordan.

KL Rahul: KL Rahul did not have a memorable start to his Lucknow Super Giants, as he was dismissed in the very first delivery that he faced as the captain of the newly-formed franchise. However, Rahul’s IPL statistics will prove why it can be fatal to rule him out after a solitary poor performance. He has scored 3273 runs in this competition in only 86 innings, maintaining an excellent average of 46.76 and a fairly decent strike rate of 136.32. The 29-year-old has maintained an average of over 50 in every season since IPL 2018.

Ruturaj Gaikwad: Interestingly, just like their opposition, the player who will hold the key to Chennai Super Kings’ success in this game was dismissed for a duck against the Knight Riders – Ruturaj Gaikwad. The youngster, however, has been the backbone of the four-time title-winning team’s batting contingent since his breakthrough season back in 2020. In 23 matches, Gaikwad has scored 839 runs at an average of 44.16 and a strike rate of 131.30, while his strike rate and average were over 135 and 45 respectively last season. The Maharashtra lad has scored one century and as many as seven half-centuries in this tournament.

How to Watch Lucknow Super Giants vs Chennai Super Kings