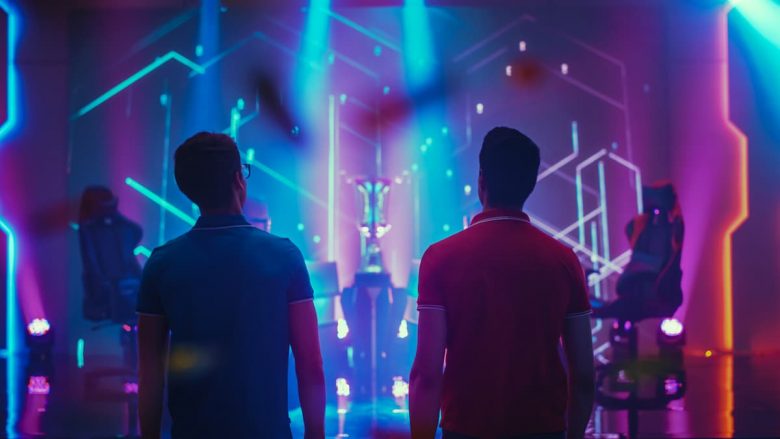 Giants Have The Edge

The LVP Super Liga summer kicks off from Monday. The 10-team event played over a double round robin format will see six teams make it through to the playoffs. If LVP Super Liga Spring 2022 is anything to go by, we should be in for some exciting action over the next few weeks. Movistar Riders and Giants were poor teams. They put up some performances but couldn’t build upon them.

While Giants finished seventh with more losses than wins (8-10 win-loss), Movistar Riders ended with a 9-9 record. On paper and because of the personnel they have assembled together this time around, Giants are touted to be the slight favourites for the LVP Super Liga Summer of 2022.

Giants has signed Bot Laner Tim “Keduii”, Willers, and Support Player Henk “Advienne” Reijenga. After the sides had recently completed their buyout agreements with Excel Esports, Berlin International Gaming and respectively, Henk “Advienne” Reijenga, bot laner for Giants has been signed. After two weeks of play, Advienne was benched by Excel Esports and didn’t have the best time this spring split.

This is because the team signed support Michael “Mikyx” Mehle of G2 Esports. This upset Advienne who posted a lengthy tweet. Several teams expressed an interest in signing the Dutch supporter player since the shake-up. Keduii, a Berlin International Gaming player, joins the team. A number of other teams have also shown interest in Keduii, a prolific German bot laner.

He was understood to have been one of G2 Esports’ tryouts in late 2021 before their decision to commit to Victor “Flakked” Lirola. He is a bot laner for Giants Amadeu Carvalho. Keduii, Advienne and the Bot Lane will combine to create a powerful combination. The Giants will be looking to replicate last year’s success where they won the LVP SuperLiga 2021 Summer Playoffs.

Founded in 2016, Movistar Riders have taken giant strides towards becoming a global digital entertainment group. They have established subsidiaries like Gaming House Media to be present in the esports industry. 10 Talent Agency, an agency that specialises in streamer and talent management.

One of their goals was to strengthen their presence in League of Legends and Valorant. Their vision is to look beyond the short term results. They have already reaffirmed their commitment. They won’t be able to constantly rehash their rosters, but they must eventually start delivering. The summer split can be a good place to begin. Are they able to make up the spring results?

Mad Lions Madrid are seeking a reversal from the spring results, where they finished ninth in the ten-team pool. Five wins and 13 losses left them searching for options and answers towards the end of the league phase. They will be playing G2 Arctic in the final round of the league phase. G2 Arctic finished fifth last spring with nine wins, nine losses and was the luckiest seed.

Based on their recent performance, it would seem that you back G2 Arctic in this match. However, the odds of winning are much higher than you might think. Mad Lions Madrid could be your choice for this match if you are looking for 2x investment returns.

The TynX Coup is from Mad Lions

Jungler Kristian “TynX” Ostergaard Hansen, who joined the team from Misfits Premier. This club plays in the Ligue Francaise de League of Legends. Misfits came fifth in LFL Spring Split after a narrow defeat to Vitality Bee during the LFL playoffs. This resulted in them missing qualification for the EU Masters. Ronan James Swingler, GamerLegion’s current Prime League champions has been added to the Mad Lions roster.

TynX brings with him the experience of winning the EU Masters 2020 spring edition with LDLC OL. He was also picked up by SK Gaming for the 2021 spring split as a result. Mad Lions Madrid hopes to change this as they forge a new path. This will be TynX’s second stint in the SuperLiga, having previously been signed by Movistar Riders in 2019. The team finished seventh in the spring split last year with TynX appearing. There is clearly still much to be done on a personal and professional level.

G2 Polar Dependent on Alexx, Supa G2 Ark aren’t known for making wholesome changes and have a strong desire to maintain continuity. To ensure a better performance, they’ll need to improve the level of their current players. Supa landed the highest offensive score during the spring split with 5. 39 kills, 3. 56 deaths and 4. 83 assists, along with a KDA of 2. 88 and creep score of 286.6.

The bot laner will be there at the team from November to December. Alexx will support him, as he had impressive numbers due to his sprint kill participation rate. He had 8. 61 assists, which is the best for the team.

Clash Of The Bottom Pilers

This isn’t a clash that will garner the kind of eyeballs Fnatic or Barca eSports do, and there’s a strong enough reason for it. UCAM Tokiers and Team Heretics are both bottom-tier sides of the Spanish scene. They want to make it up the slippery slope.

Heretics was eighth at the spring. They lost their way after making a great pitch to be in the top five. They could have finished third with some luck. In the end, they suffered five straight losses to finish with eight wins and 10 losses. The Tokiers were even poorer, losing 15 of the 18 matches.

It’s clear that the odds against them are high in this match. However, both of the bottom-ranked teams are looking to restart, so there is still a chance to be a gamble on the underdog to increase your chances of winning big.

UCAMTokiers made key signings. Among the most prominent names is ‘Hatrixx’, who was previously a KOI Mid Laner, ‘DuaLL’, champion of the regular league in 2021 with Movistar Riders and ‘Motroco’, coach of teams such as CREAM Real Betis and Team Heretics in the past. Hatrixx, who will lead the team, will want to show that he is among the best players at his position. XL academy and teams like Illuminar Gaming.

This one is billed as the clash of the titans. You can expect a thrilling ride if the spring split contests are any indication. Because it is a match between the two best teams in offensive proficiency, this one can be difficult to decide. In the spring split, Barca finished second with a 13-5 record, while KOI were hot on their heels at third with a 10-8 record.

Briefly, it seemed like KOI’s season was going to be a disaster. But, they managed to get on a roll and win four consecutive games and then move up to third with a 10-8 record.

SLT and Hatrixx – as mentioned above – are no longer with the team. They are looking to the future. The team is betting on WhiteKnight from Denmark, who has spent time playing in Astralis’ LEC. He is able to adjust to different styles without having to get resources in-game. This is his greatest strength.

His sign could allow Koldo to be more entrepreneurial and fearless, which would make him a better player. Xico is another player who can play in the middle lane, adding more bite to the team. This Portuguese player moves from Team BDS to an LFL.

This will be his second stint in Spain, having previously won a summer title in 2020 with Movistar Riders. He was also a former representative of Giants Gaming, G2 Heretics and KIYF.

It’s just recently that Barcelona, the Spanish soccer superpowers, joined the League of Legends (LoL), an esports community to compete for the Super Liga. They had previously occupied the Superliga spot held by S2V in Catalonia. They impressed all immediately.

In an effort to increase their strength and reach new heights, FC Barcelona was able to agree to transfer Maik “Hades”, Jonker to Barca, in time to play in the Superliga Summer Split. He will be on a retainer until November 2023 and will begin pre-season with his new teammates with the target of improving on Barca eSports’ first ever Split results this year.

Fnatic Q are hoping to continue their dominance from the spring split. The toppers there came into the summer split on the back of a dominating 16-2 win-loss record and looked primed to sustain the same level of performance and results. The middle split of BISONS was disappointing by their standards. They were hampered by a lackluster consistency and ended up with a 9-9 record which saw them place fourth. This one is a big favorite for Fnatic QQ. They’ll be trying to protect their crown.

Bisons are not affiliated with any major football clubs, esports or other organizations. They have bought the spot previously occupied by BCN for USD 216,000 approximately. They are based in the Basque region, which is also where their organisation’s headquarters is located.

They revealed their lineup ahead of the spring split during an incredible cinematographic content. It featured five of their players hiding under cloaks as they made their way through the wild and beautiful landscapes in the Basque region of Spain. A developmental roster includes Alejandro “Jandrolo”, Asier “AsiO,” Corral, Adrian “Essential”, Martin “Machine”, Danlos “Machine” Danlos and Eneko [Enekolo Paganini] Rodriguez. They can do better than the previous performances. It will be interesting to see if they can do better than their previous performances.

How to Watch the LVP Superliga