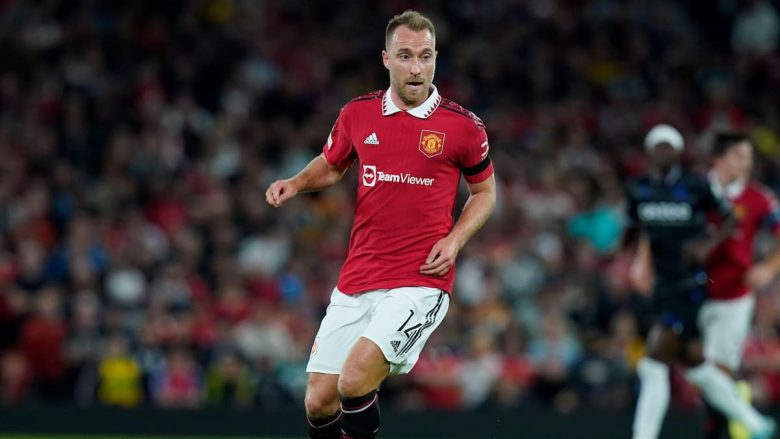 After matchday seven was delayed by the Premier League due to Queen Elizabeth II’s death, English soccer will return this weekend. Although games in London may be delayed due to possible policing problems, matches outside the capital, including Manchester United’s match at Old Trafford, look to continue. However, no official confirmation has been made at this time.

United won their last Premier League match 3-1 at Old Trafford. Mikel Arteta was pleased with his team’s performance. Although the Gunners were on top for long periods of time, United’s superiority in the penalty area and their clinical approach proved to be decisive. This was their fourth consecutive win in Premier League. It also lifted them to fifth in the table and helped boost their Champions League qualifying hopes.

The most striking thing about United’s season so far has been Erik ten Hag, their manager. The Dutchman, who has a history at Ajax and was appointed Old Trafford’s successor to Ralf Rangnick, was portrayed as an idealist. Ten Hag is keen to shift towards possession-based play over the long-term, but he also encouraged his United team members to use the counter-attack.

A reactive strategy in which his team sat deeper and moved forward quickly paid off in wins over Arsenal and Liverpool. United will be able to have more possession on Sunday against Leeds, but they still possess a significant advantage in the transition phase – something Ten Hag has, despite being a possession-promoting purist only too willing to embrace.

Leeds Must Get Back on Track after Recent Downturn in Form

After taking seven points out of the nine first available, Leeds United has suffered from a slump in form. The last three matches have seen Jesse Marsch’s team lose to Brentford and Brighton & Hove Albion, while Everton took a part of the spoils.

These results have meant Leeds are now in the middle of the table, although it was a good start to the season for the team that was one of the top online betting sites’ pre-season favourites for relegation.

It is important to remember that Leeds has lost two of their best players this summer. Kalvin Phillips went to Manchester City and Raphinha moved to Barcelona. They still had a good start to the campaign thanks to Marsch’s smart recruiting efforts and Elland Road’s superiors.

Tyler Adams and Marc Roca have formed a solid midfield partnership. Brenden Aaronson brings energy and dynamism to the last third, and Luis Sinisterra shows early promise having recently been promoted into the starting XI. Rodrigo Moreno is now entering his third season of English soccer and appears to be able to reproduce the form that he displayed for Valencia in La Liga.

Home Team Should Not Have Too Many Attacking Qualities for Leeds

Marsch made some changes to his team and the style of play that Marcelo Bielsa inherited, but has taken care to not discard the good things. Although Leeds have become more open to defensive play, they now use zonal man-marking. However, they still have the same hard-running intensity which made Bielsa’s team such a difficult opponent.

Manchester United can then expect to go through the paces this Sunday. But the Red Devils will draw confidence from their record against their upcoming opponents since they were promoted back to the Premier League in 2020: Manchester United have won three and drawn one of the last four meetings, conceding five goals but scoring 15, including 11 in two games at Old Trafford.

This will be Leeds’s first match against their opponents since Marsch replaced Bielsa. We shouldn’t take too much from those results. United’s ability to transition well, made possible by Bruno Fernandes and Christian Eriksen’s penetrating passing, will give them an advantage against Leeds. The home team will have the advantage if they go 1-0 up before Leeds. They can exploit any extra space Leeds creates and allow them to take greater risks. The best chance for United is to score in both halves. This has been their strategy in every win against Leeds over the past two years.

How to Watch Manchester United vs Leeds United