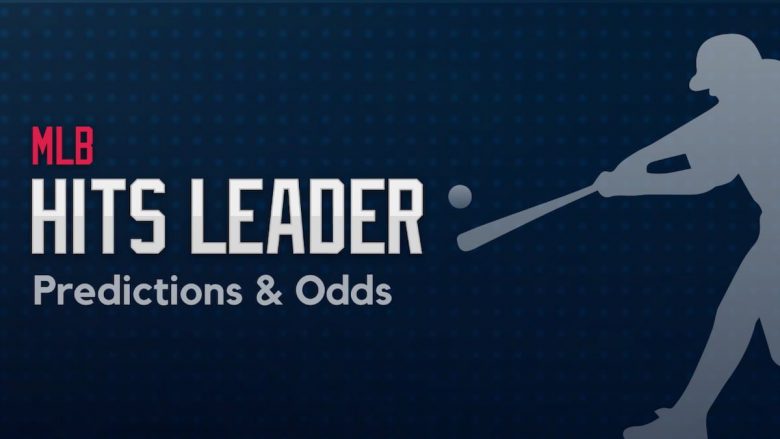 Last year we picked Trea Turner to lead the National League in hits and frankly, we were spot on. But before we dislocate our shoulder patting ourselves on the back, we didn’t even have Bo Bichette on the radar.

Sure, we knew about his prowess and that he would be a player in this league sooner than later – but it wouldn’t be truthful if we said we saw that coming. So this year, we’re going to try and do one better. Let’s identify four names from each league to keep an eye on to win the hitting crown.

Three from each league which Vegas also thinks has a good chance and then one long shot from the AL and one from the NL. That’s where we could either look like geniuses or maybe just hope that people forget we ever floated it out there.

It’s never fun to pick the odds-on favorite, but he’s the favorite for a reason. Tim Anderson has been trending for a while – since he won a silver slugger and finished top seven in MVP voting in 2020 and made his first All-Star team in 2021.

The White Sox superstar had 163 hits in 123 games – had he stayed mostly healthy and played in even 150 games, that would have put him on pace for 199 hits, which would have been good enough to bring home the crown.

The good news for us in this race is Anderson doesn’t like to walk much – he has just 49 free passes in his last 1290 plate appearances over the past three seasons. He’s hit .309 or better in all of those seasons and now that he has more protection down the lineup than ever, this feels like a great opportunity for him to take that final step to stardom.

It’s probably too late to buy stock – or at least you’re not getting it at the optimal price – but now is the last chance to get in on the Wander Franco hype train. The 21-year-old superstar finished third in AL Rookie of the Year voting in 2021 and did so while only playing in 70 games.

Franco continued to blossom as the year went on and was never better than he was in the postseason – going 7-of-19 with two home runs as the Red Sox topped the Rays.

Franco is a legitimate five-tool player and his premiere element in his chest are his hit tools – both for contact and power. The Rays inked the young phenom to an 11-year, $182 milion deal (which might as well be one billion dollars considering the Rays never sign anybody for more than 10 million per year, much less for more than a decade).

We like Franco’s chances as much as either of the Blue Jays (Bichette and Guerrero Jr., who make up maybe the most exciting tandem in baseball) and we get him at slightly better odds.

In 2021, Devers’ batting average was down more than 30 points from his career-best in 2019. Yet, he still hit a career-high 38 home runs and 113 RBIs, so he was more than productive even if the average took a dip.

We expect that will creep back up to his .300 capabilities, and if that’s the case, given he sees around 700 plate appearances per year, there’s no reason to think he won’t be in the 190-200 hit range. If there’s one thing we’re concerned about, it’s that he’s becoming more disciplined at the plate – his on-base percentage is now 65-70 points better than his average when in years past it was only 45-50 points better. But Devers’ odds don’t even put him in the top 10, which gives us solid value and that’s what this is all about.

Jose Ramirez doesn’t quite have the same protection in his lineup as some of these other guys, but that has never mattered before – the Guardians’ shortstop is a certified professional hitter.

He hasn’t had more hits than games played in a season since 2017, but then again, this is our long shot so we’re betting on potential. Ramirez had 36 home runs last year – three short of his career high – so he can clearly still swing it. Also, there’s the chance he gets dealt in the middle of the season and goes to an even better situation, so at a 30:1 payout, it’s worth seeing if Ramirez can find his All-Star form again.

Not all bets have to be cute or sexy. Some can just be because the guy proved he could do it in recent years and you’re betting that he does it again. That’s Trea Turner.

Turner led the league with a .328 batting average last season, on his way to an MLB-high 198 hits. There were exactly four times in 2021 when Turner went consecutive games without registering a hit and he never did so three times in a row all season. That type of consistency is with taking another chance on.

This is exactly the type of player we’re looking for. Hit contact rate, low strikeouts, knows how to work an at-bat, but isn’t such an insane power threat (though he certainly has pop) that he’s going to frequently get pitched around.

Ozzie Albies, simply put, is one of the most underrated players in the game. The Braves second baseman hit 30 home runs and drove in 106 runs last year and finished 23rd in total hits. Back in 2019 he finished fifth in hits and was first in the National League. So he pedigree is there, here’s betting on him getting back to that form.

Perennially underappreciated by those who don’t get to see him play on a daily basis, Paul Goldschmidt continues to do nothing but hit.

Goldschmidt finished seven in hits in the MLB last season with 177 – his fifth time in the past nine years he’s had more than 170 hits in a season. He did so while his average dipped ever so slightly to .294. If it was back at .304 – like in the abbreviated 2020 season – that would be much closer to the 190 range, which would’ve been the top 2 last year. This is good value.

Yes, it’s hard to believe we’re talking about something affiliated with the Pittsburgh Pirates in a positive light, yet here we are. Bryan Reynolds is one of three up-and-comers in the Pirates’ organization and if he were a more well-known commodity his odds would be even higher.

Reynolds’ BABIP was .345 last year (it was .387 in 2019) so had he had the same fortune last year as he did his rookie season, he would have led the majors in hits. This is a sneaky longshot that we like a fair bit.