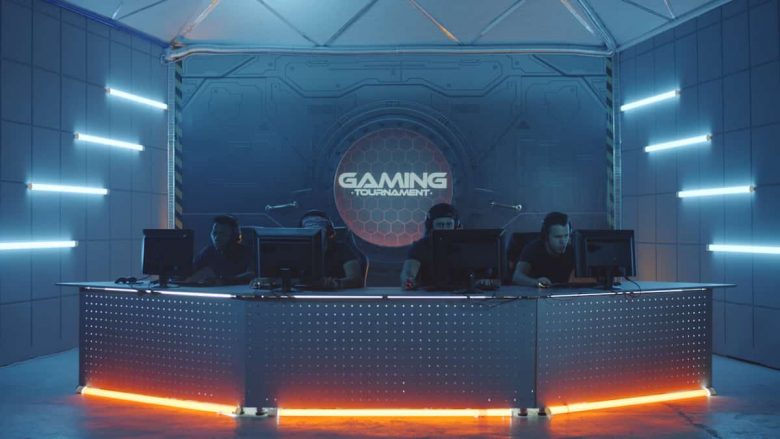 A Contest of Equals

Wednesday’s matches can’t begin with a more intense contest than this. This is not only a fight between two skilled teams but also evokes healthy North America/Europe rivalry. This is the type of battle both teams take great pride in. For a second it’s easy to ignore rosters, international presences, team dynamics, recent form, trophies and other details.

In many ways, this is a fight to establish superiority in the region, and to get their MSI 2022 campaign up and running. Like other groups, there are only three teams in Group C, with the order being the second. Although G2 is the better option, you’ll need courage to eliminate Evil Geniuses.

Both sides came in fourth place at their respective spring splits. They had similar runs. While the odds might favor one side over the other, it’s a match of equals.

How Evil Geniuses Rebounded If you take a look at where each team finished, you will see that Evil Geniuses struggled in mid-season but overcame their slump to earn fourth place. Finishing top was a distant goal towards the end.

Form is somewhat uncertain lately. After a disappointing loss to Team Liquid, they gained momentum and moved up the bracket. For them to turn it around from there to go on a winning run by beating Cloud9, Team Liquid and 100 Thieves speaks volumes of their resolve and never-say-die attitude. Expect more of the same at MSI 2022.

G2 Esports had to withstand intense competition from Fnatic, Rogue and others during the spring split. They finished fourth in their division, but they lost to Fnatic during the playoffs and fell into the lower bracket. They found their mojo and went on a rampage to rob Team Vitality and Misfits Gaming and Fnatic to claim the title.

Interestingly, both G2 and Evil Geniuses have never faced each other at an international tournament. Their first meeting promises to be a spark, as America and Europe battle for supremacy.

Evil Geniuses – Favourites All The Way

There’s a reason why ORDER are rank underdogs going into this clash. This is the first time they’ve made it to the MSI on the back of a dream run at LCO 2022, and as commendable as that is, you can’t quite see them winning. Are they pushing the top teams? Perhaps. Perhaps. But, being able hold their own against the Evil Geniuses’ might and challenge them, who despite their form slump still have sufficient pedigree. Perhaps not.

It’s too risky to gamble on ORDER, even though it could bring you returns of up to seven times what your initial investment was. You can place a bet that Evil Geniuses will do the job, regardless of their performance in the opening game.

This one’s a gap far too big for Order to bridge, even if they have some talented individuals such as Victory ‘FBI’ Huang (formerly with 100 Thieves) and James ‘Tally’ Shute (formerly with Golden Guardians). Although they have the most powerful mid-jungle pair in Oceania’s history, Samuel ‘Spookz’ Broadley and Simon “Swiffer” Papamarkos give them strength but are not strong enough to withstand the pressure of their opponents.

Expect flashes and moments of brilliance. However, the best team will win.

How ORDER Got Here

LCO 2022 Split 1 was a struggle early on. The team didn’t make it to third place until the end. It seemed as if they’d be stuck in the mid-table logjam, and eventually finished with 11 wins and 10 losses in fifth place. In the playoffs however they discovered some form and won against Dire Wolves and PEACE. ORDER posted a 9-0 playoff record up to the final. They faced Chiefs Esports Club in that final. There they won in a close battle. This allowed them to finish their dream run to secure entry into the MSI.

DetonatioN FocusMe have won 12 domestic splits since inception into the LJL in 2014. Although their international exposure isn’t as high, they are still able to win.

They’ve seen a lot of change over the years. Their rise is evident in their overall performance. Pushing top sides such as Cloud9 right to the limit at the Worlds 2021 Play-ins is a further sign of their growing potential.

What To Expect from DFM

It’s no surprise that the punters have the odds with them as they square off against VCS champs Saigon Buffalo, who’ve had to face their own set of challenges, not least due to Covid-19 protocols.

Their presence despite the border restrictions and challenges they face due to personnel (for instance, Yang Gwang-woo their support player had to flee to finish his military service) makes them an interesting team. Although they may not be the most popular, you shouldn’t overlook them. You can expect a slow run.

Saigon Buffalo – Slowly Building Towards Excellence
Saigon Buffalo didn’t win the 2022 VCS Spring season but are here at the MSI as the Vietnam representatives as the VCS’s first international appearance since 2019. Their expectations are low because they’re a new team. They bring with them plenty of question marks over form and big-game capabilities which will truly be tested at MSI 2022.

That said, the Saigon Buffalo team that is here is unrecognisable from their 2019 version, even despite them having famously beaten G2. The current roster is brand new and the five members have never played professionally elsewhere.

Their first competitive outing together was at the 2021 VCS Winter Split, where they gave glimpses of their potential by winning six and losing eight. They didn’t manage to get a playoff spot despite being there until the end. They’re now back with the same roster and hope to improve on their previous year.

T1 are the only team at the MSI 2022 that went undefeated in their home region from start to finish. It speaks volumes about their ability and confidence. They are a very well-oiled machine and have all the bases covered.

They have solid gameplay and back-ups to every role. There is also a lot of role clarity. They have world-beaters bot laners, such as Ryu Keria’ Minseok and Lee ’Gumayusi’ Minhyeong. Good luck to all who attempt to break into the T1 fortress. They are favorites for both the game and for the tournament.

It’s difficult to imagine them being beaten early on. They would have won the upset if Team Aze had actually prevailed. They have Lee Faker Sang-hyeong, so apologies for not seeing it sooner. This is all there is to know about the team’s proficiency.

The Korean Touch to Team AZE Team AZE is the LLA’s first international team to participate in an event with imported players. Both Han ‘Lonely” Gyujoon (South Korean top laner) and AD Carry Park “5Kid” Jonghyeon (both from South Korea), joined the team at the beginning of the season. They played an important role in helping the side win through the domestic league.

Their performances have sparked bigger discussions about the choice of foreign pros but that has not affected the players or the team. With a mix of Korean and American talents, Team AZE has tried to match the two cultures in the most effective way.

At MSI 2022, 5kid will face off against former KT Challengers lane partner Harp in the group stage. After stints in LCK CL, both players looked abroad – 5kid was in LLA and Harp was in LJL. Both players will be keen to show their skills on the new side.

The Wildcats are the only team at MSI 2022 to head into the competition without a single roster change from their previous international appearance – the MSI 2021.

They failed to reach the group stage there but team management realized that this was a positive step towards their development. So expectations were at the minimum. They return to the MSI with a more cohesive and stronger unit, ready to enter the competition.

They come into the MSI fresh off a sweep of domestic playoffs and they will be looking to capitalize on that momentum and try to get out of an elite group including PSG Talon, Royal Never Give Up and Red Canids. Although the odds favor the Wildcats, they should be cautious about the Red Canids.

Red Canids want to increase their consistency and get over a string of inconsistent results that have been accumulated between their CBLOL successes. After an incredible CBLOL 2021 playoffs run, they secured entry to the Worlds 2021, but couldn’t make it to the group stage. Their 2022 CBLOL Split-1 playoffs began poorly, as they lost to KabuM! Esports won more than half of the game.

This forced them into the lower bracket. The opposite occurred in their elimination game. The team started badly and was looking at an exit. But their belief in staff helped them to decide against Grevthar as their replacement. He won them an emotionally draining five game match that kept them alive.

He played in every game of the playoff and played key roles in their lower bracket wins. They reached the final against paiN Gaming. They won two consecutive wins despite trailing by 1-2 to win their CLBLOL title. This was their second trip to the MSI.

RNG are among four sides to return to the MSI, having won the League of Legend Pro League’s spring split two years in a row. After last year’s triumph at the MSI, they suffered from player fatigue and Covid quarantine, which played a hand in their early elimination from the 2021 summer split playoffs.

That setback was all too brief as they surged to the regional final and grabbed an entry to the 2021 LoL World Championships. After advancing from their group, they lost 3-2 against eventual winners Edward Gaming.

Star player Li “Xiaohu” Yuan-Hao is back in the middle-lane. The duo also signed Chen Ze-Bin, worlds finalist top player. The duo played a key role in taking down Top Esports in the 2022 LPL spring final to return as the incumbent champions. They are the overwhelming favorite going into this match.

Talon’s Revenge Match PSG also have a great run. Their incredible 2021 was highlighted by their combined 35-1 regular-season record across the spring and summer splits.

They also managed to make the final four at last season’s 2021 MSI tournament where they even took a game off RNG, who went on to clinch the title. This will be an interesting rematch. Expectations are high.

How to Watch the MSI