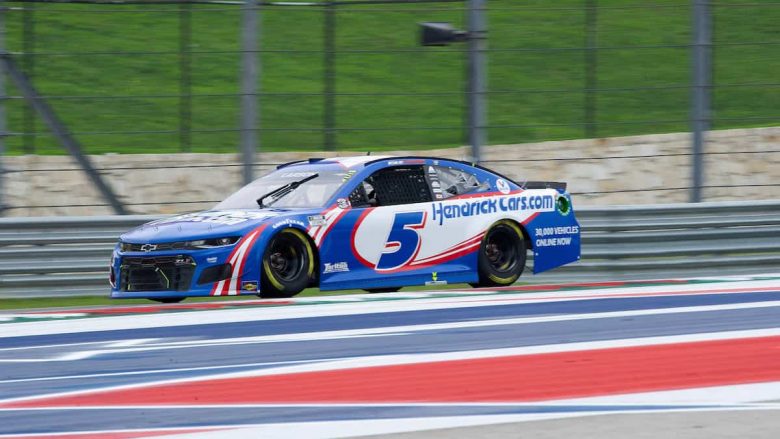 Halfway through the regular season after 13 races, the NASCAR Cup Series gets a break from points competition with Sunday’s exhibition NASCAR All-Star Race at Texas Motor Speedway. The winner will receive a $1 million top prize. There are no championship points.

The All-Star Race is divided into four stages, three consisting of 25 laps each and the final stage featuring 50 laps. For the final stage, the top three positions in the starting grid are awarded to the winners of Stages 1 and 2. The pit crew competition winner between Stages 2 and 3 will be awarded the fourth starting position.

The defending champion of this event is Kyle Larson.

Kyle Larson won both of his previous starts in this NASCAR All-Star Race.

In 2019, Larson won the exhibition event at Charlotte Motor Speedway. He took the Texas checkered flag last year. (Larson was under suspension in 2020 and did not compete in the All-Star Race that year. )

In Sunday’s race the Cup champion will be starting fourth, after his No. 5 Chevrolet in qualifying, which was held under an unusual format with a pit stop as well as a drag race on pit road.

We know Larson is a speedy driver, so his All-Star victory was not the only one at Texas. On his way to winning the series title, he won the Playoff Race at 1.5 miles.

It’s difficult to place a bet against Larson, but we will not buck the trend. He’s our pick to win at +600 via DraftKings Sportsbook–generous odds given that he’s racing in a short field of 24 cars.

Kyle Busch starts from the Pole in Quest of Another Million Thanks both to his pit crew, and his ability to get into his pit faster than the other drivers, Kyle Busch was awarded the first starting position for Sunday’s All-Star Race.

Busch is a former winner of the event, having taken the checkered flag at Charlotte in 2017. In 31 points-paying races at Texas, he has recorded four victories, 14 top fives and 18 top 10s.

Despite these impeccable credentials, we don’t think Busch will win the All-Star race for a second time. Although the Toyotas are showing significant improvements in the last weeks, the Chevrolets still have a better performance.

That said, we’re relatively confident Busch will finish in the top three (+150 via DraftKings). It’s almost certain that he will start the final stage in the top four by either winning one of his three stages, or by having his pit crew win the competition.

It’s not an expensive bet, but it is solid.

The winners of both the Open stages and the overall winner will be added to the All-Star Race Field, together with the winner from the NASCAR Fan Vote.

We want Tyler Reddick and Daniel Suarez to win the Open stages. Ricky Stenhouse Jr. will also be advancing to the main event. Oddsmakers are so confident Reddick will make the show that his price for winning the All-Star Race is a stingy +1400–for a driver who doesn’t have a guaranteed starting spot.

Reddick won the pole for the Open, and you can bet on him to qualify for the All-Star Race in a Yes/No proposition at -300 via DraftKings. The same bet on Suarez is priced at -250. Stenhouse is a somewhat riskier proposition at +100, but he has a fast Chevrolet this week.