New England Revolution Vs LA Galaxy: Riqui Puig Should Give The Team Some Control In Midfield 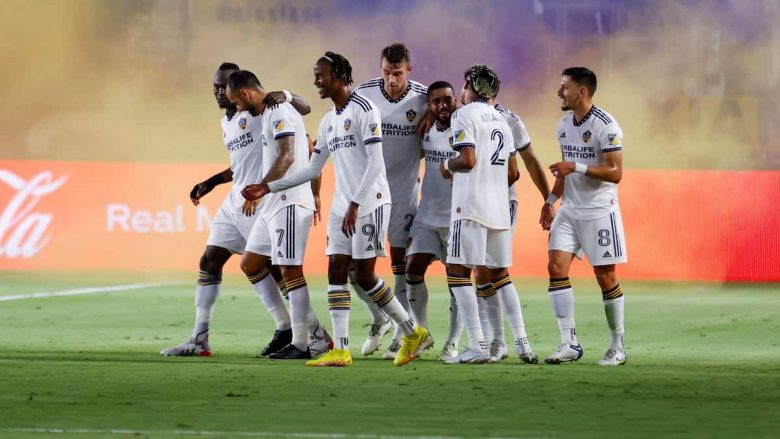 Both sides will go into the game believing they are higher up the table due to the expectation. However, they are currently fighting for the playoffs in their respective conferences.

Los Angeles Galaxy is just inside the table, while the New England Revolution sits just outside. However, a few more games might change the situation for both. Both sides cannot afford to lose points as the margins between them are very narrow. This should be a tense encounter with both teams having played each other 32 times so far, New England Revolution coming out on top 13 times, Los Angeles Galaxy 12 times, and seven matches ending in a draw. Los Angeles Galaxy, at their best, is the stronger side. There has been little history between these teams. They might win this one.

LA Galaxy won the previous two meetings. They were comfortably 4-0 winners in February’s club friendly. New England Revolution didn’t look like they were ready to play in the MLS season at the time. However, the team has made a slow recovery and is now well on their way to making it into the playoffs.

The win may give LA Galaxy some psychological advantage going into the tie, but this match will be much more intense.

New England hasn’t played well away from home this season, and CF Montreal are one of the best teams in the league so it shouldn’t surprise that the latter got a bad rap. The defensive organization from New England was extremely poor on the day, conceding 18 shots with seven of them on target. The New England defense will have to put the game behind them quickly and demonstrate some resilience against Los Angeles Galaxy.

This cycle is over and it’s time to start anew. While Bou’s return will be a positive for the team, it is likely to take some time. They’ll need to find new ways to get to the playoffs.

Need To Be More Flexible

One of the problems with this team has been the inflexibility they have shown without their players. While it is easy to stay true to a particular philosophy, it shouldn’t take too much to make the team more flexible until they have found the right replacements.

Gustavo Bo has been sidelined since May due to a leg injury.

LA Galaxy All Over the Place Against Sounders A late Dejan Joveljic penal gave LA Galaxy a vital point last weekend against Sounders Los Angeles Galaxy will be disappointed that they lost a 2-0 lead in the first half before losing it in the second.

On the plus side, Riqui Puig was able to make his debut for the club as a bench player after signing with Barcelona.

Riqui Puig Should Help The Team Take Control in Midfield

Puig didn’t get much game time during the difficult season for Barcelona, but his talents have never been doubted. He is a La Masia graduate and shares many characteristics with a Barcelona player, including his willingness to defend the front, quick passing, and ability to dribble in trouble. Although his physical challenges were sometimes a problem at European soccer’s highest levels, he will be able to deal with them in the MLS.

He seemed excited by the news. He claimed that the MLS will have many new players over the next years, and that the MLS has the potential of becoming one the most successful in the world.

The Goals Are Coming

The team has scored 12 goals in their last four games, which is a highly encouraging sign because they’ve underperformed on their expected goals all season. Even now, they’ve only scored 40 goals from an expected goal value of 43.2. With so much at stake, a little luck should help.

Left back Jorge Villafana was out with a knee problem since March. He has now undergone surgery. No return date is expected.

How to Watch New England Revolution vs Los Angeles Galaxy