New Orleans Breakers Vs Houston Gamblers Week 10: The Gamblers Have Nothing To Lose 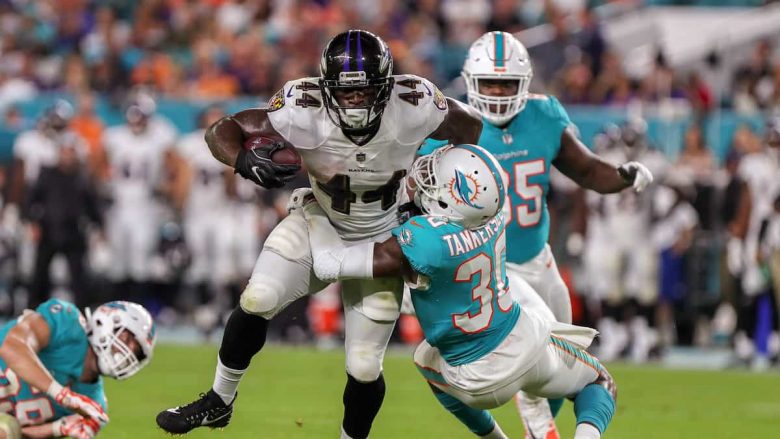 *) , , . , , , . This final match of the USFL’s rebooted inaugural season will be a South Divisional game between the New Orleans Breakers, who are postseason bound and the Houston Gamblers. They just defeated the Birmingham Stallions. One team is finished while the other prepares for the playoffs.

Last week, the Breakers scored all the points they needed to beat the Tampa Bay Bandits in the first half, their 17-6 win their sixth victory of the season and now they get to tune up against these tough Gamblers before their first playoff game next week against the one-loss Stallions.

The 2-win Gamblers just did what six other USFL teams failed to do all season which was to beat the Birmingham Stallions in front of their forever hometown crowd, their 17-15 win maybe giving them enough fuel to take down the superior Breakers in this last game of the season.

Read what experts had to say about this year’s USFL Championship. Get top picks, betting tips and predictions.

Can the Breakers take advantage of the Gamblers Run Defense

Last week, the New Orleans defense kept the Tampa Bay Bandits scoreless in the first three quarters and clinched their playoff spot with the win, but they were also held scoreless for three quarters of that game and needed a bigger showing from their run game that posted 87 yards.

The Breakers typically earn 120 yards on the ground per game (4th most in the league), so that could be a potential key to a Week 10 victory over these Gamblers who allow opponents to run for 134 yards per game, a weakness that OC Noel Mazzone could exploit for the win.

It just so happens that New Orleans has the most productive RB on their roster, and Jordan Ellis has 140 carries on the season for 564 yards and 4 touchdowns, this former UVA player who stands 5′ 10″ and weighs 220 pounds also with 74 yards gained as a checkdown receiver.

Can the Gamblers win a trap game against the Favored breakers?

The answer to that question is ‘yes,’ because they just did the same thing in Week 9 in handing the Birmingham Stallions their first loss of the season by not letting them get back into the game in the second half and keeping them to just 15 total points, a strategy that could work again.

The Gamblers average 20 points per game and if they can hit that and take advantage of a Breakers team that will no doubt want to rest most of their playmakers for the upcoming postseason game, they could pull off another upset and bring their win total to three.

The last time these two teams played was in Week 4 when the Gamblers came up short and lost to the Breakers by a score of 16-23, a game where Houston only rushed for 28 total yards on 20 attempts, a poor showing that RB Mark Thompson (below) no doubt wants to make right.

Arkansas State fans might know Breakers WR Jonathan Adams from his time playing there, the 23-year old playmaker now a key part of New Orleans passing attack, this season with 30 catches for almost 400 yards and 3 touchdowns, a favorite of starting QB Kyle Sloter.

The Breakers average 204 passing yards per game, which is best in the league right now, so expect HC Larry Fedora to figure out how to get Adams active in this Week 10 matchup against a Gamblers team that allows opponents to throw for an average of 212 yards every week.

The other playmaking receivers on the Breakers roster are Sal Cannella (32 rec, 364 yds, 2 TDs) and Johnnie Dixon (35 rec, 349 yds, 4 TDs), a crew that should make life tough for Houston’s secondary, part of a defense that lets opponents score about 23 points per game.

The Houston Gamblers rank last in the league in rushing after averaging just 91 yards on the ground per game for a total of 815 yards and 3 touchdowns, low production that helps explain why HC Kevin Sumlin’s team didn’t make the playoffs and has only won two games all season.

Expect a big game from RB Mark Thompson since this will be his last moment to shine for the NFL and a possible invite to a pro camp, the 27-year old with great size – 6′ 2″ and 235 pounds – and good speed which makes him tough to catch and even tougher to take to the ground.

This season, Thompson has carried the ball 113 times for 460 yards and 2 TDs plus 40 receiving yards and 2 receiving TDs, dual threat stats that make him the league’s fifth most productive RB and no doubt a part of HC Sumlin’s offensive game plan to end the season.

How to Watch Breakers vs Gamblers Week 10

Breakers vs Gamblers Information What New Orleans Breakers vs Houston Gamblers Where Protective Stadium in Birmingham, Alabama When Sunday, June 19, 2022; 8: 30 PM ET How to watch FS1