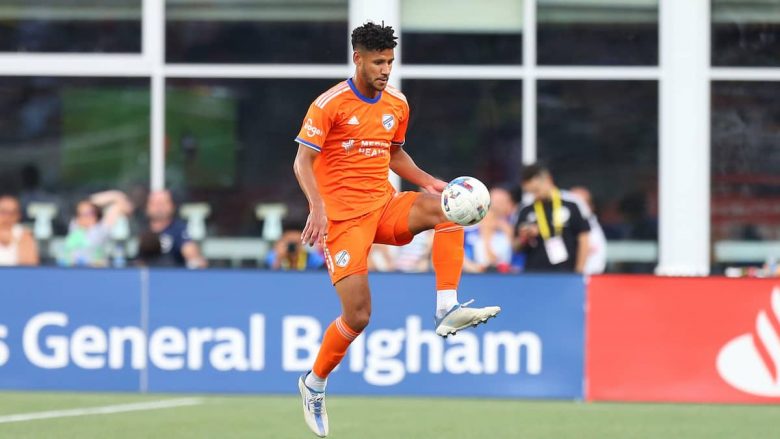 They will have the advantage despite their poor form going into this tie. New York City FC is the current champions. They can’t lose three consecutive games. They have the ideal opponent to stop them from losing. Due to their scoring record, the match is likely to be close and will end in a draw.

The last meeting between these two sides was held back in June. It was an excellent match that ended with a score of 4-4. FC Cincinnati were up by three goals within 30 minutes but New York City FC made an incredible comeback with three goals just before the half-time whistle.

The score was 3-3 before the second half with New York City FC getting the lead seven minutes into the second half, thanks to Gabriel Pereira before Brenner got his third of the night in the 70th minute. This was one of the best games this season, and MLS fans are hoping for even more in the next match.

This doesn’t seem like an isolated incident. New York City FC lost their sixth match in six after falling 2-1 to DC United. Ola Kamara opened the scoring for DC United in the 24th minute but Heber got one back for the New Yorkers three minutes later.

Steve Birnbaum scored what would end up being the winner in the 57th minute. New York City FC is still in the playoffs. However, the fact that this conversation has been started shows how far they have fallen in the last few weeks.

Loss of Castellanos Has Had a Significant Impact

Although Castellanos’ departure to Girona’s La Liga team, Girona was inevitable, no one would have predicted that New York City FC would be in such a slump. Castellanos was last season’s golden boot winner and had scored 13 goals before leaving the side. The current side has struggled to achieve that output, with Heber at the top with seven goals. Although it appeared that New York City FC was able to manage the team without Castellanos, this is clearly no longer true.

In the beginning of the season it seemed like a three-way fight between New York City FC, Los Angeles FC, and Philadelphia Union for MLS Cup. While that is still true for those two clubs, New York City FC has changed dramatically.

Defensive midfielder Keaton Parkers was out of action since June due to a procedure. No date is expected for his return.

Nick Hagglund and Luciano Acosta were on the scoresheet for FC Cincinnati with goals towards the end of each half last midweek to give the Eastern Conference side a massive three points. They are now at eighth place in the Western Conference standings and level with New England Revolution. They have momentum and should expect to win against New York City FC.

Brandon Vazquez Has Had A Stellar Campaign

With 16 goals and four assists, there’s no doubt regarding FC Cincinnati’s player of the season. Brandon Vazquez’s 16 goals have also come at a fairly sustainable rate with an expected goal value of 12.9. New York City FC needs someone like him right now.

Standing at six feet and two inches tall, the 23-year-old has also assisted the team as a target man. He’s in the 82nd percentile for aerial duels won by a forward in the league, which has helped FC Cincinnati build attacks.

If he is able to pin New York City FC down, FC Cincinnati can get a lot out of the contest.

FC Cincinnati need to get New York City FC on the ropes early and really take the game to them from the onset. They’re not playing against the same team they have a bad record against. Vazquez’s aerial skills will be needed to make them more physical.

They aren’t the best defensive side anyway, having conceded 48 goals all campaign and letting four in during their last game. They must win the game by attacking. They don’t need to worry about New York City FC attacking threat anymore, with Valentin Castellanos gone.

Left back Ronald Mataritta is out of action since March without any expected return.

How to watch New York City FC vs FC Cincinnati