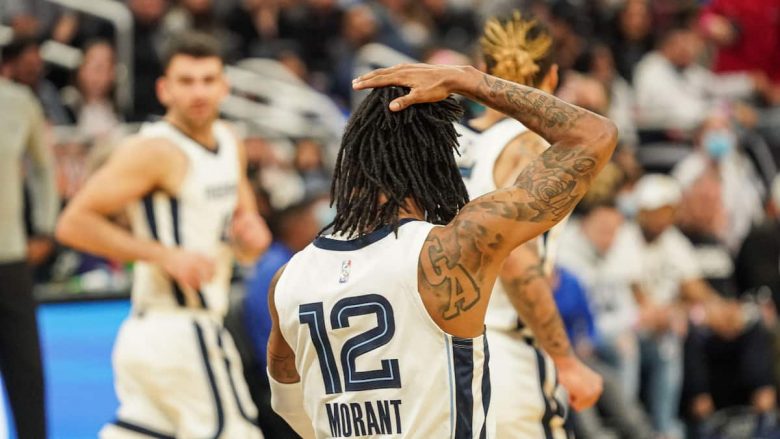 The New York Knicks have a string of three consecutive wins and are displaying great defensive performance. The fast-paced Grizzlies are ready to defeat them, with their quick break and grit.

How can the Knicks beat the Grizzlies? The New York Knicks are, in fact, very tough. They will have to prove their toughness against the Memphis Grizzlies, one of the best teams in the Western Conference.

First in the league in rebounding with 49.2 per game, the Memphis Grizzlies are most successful when they dominate the glass. In victories, Memphis outrebound their opponents by an average of 10.5 rebounds per game!

New York don’t slouch on the glass though, ranking 3rd in the association with 46.3 rebounds per game. Although it will take a collective effort to keep the glass under control against the Grizzlies’, New York has a strong group rebounding mentality which gives them a tremendous chance.

The New York Knicks need to have all their hands in order to defeat the Memphis Grizzlies. The Knicks are currently on a winning streak of three games. However, Evan Fournier (winger) has not been consistent in his five previous games.

Fournier’s ability to shoot against a strong defensive team such as the Grizzlies will help open the court up for Barrett and Randle. Fournier’s shooting will be crucial to the Knicks being more efficient.

Bet on Knicks vs Grizzlies Here

How can the Grizzlies defeat the Knicks.

The Memphis Grizzlies are playing the New York Knicks, who are currently in great form. To beat the Knicks, the Grizzlies must push their pace and make easy baskets.

The Grizzlies cannot afford to let the Knicks down. Top of the league in fast break points per game (17.4), there is no game where the Grizzlies’ pace will be more valuable.

Grizzlies key player: F. Jaren Johnson Jr The average NBA fan is so involved in Ja Morant’s brilliance that they forget about Jaren Jackson Jr. After missing the bulk of last season’s games due to injury, this fourth-year forward has shown remarkable resilience.

In a blowout victory over the Pelicans in his last game, Jackson Jr. posted 22 points on 7 of 13 shooting from the field and a perfect 6 of 6 from the free throw line. Although he hasn’t mastered his 3-point shooting from the second season, he is improving with each passing season. Jackson Jr. is a good shooter, although his production does not vary too much from wins to losses. However, it’s his efficiency in shooting that makes them successful. Shooting 43.6% and 35.4% from the field and from three, versus 37.5% and 21.2% in losses, it’s clear that his offence will help determine their chances at winning.

Bet on Knicks vs Grizzlies Here

How to Watch New York Knicks vs Memphis Grizzlies