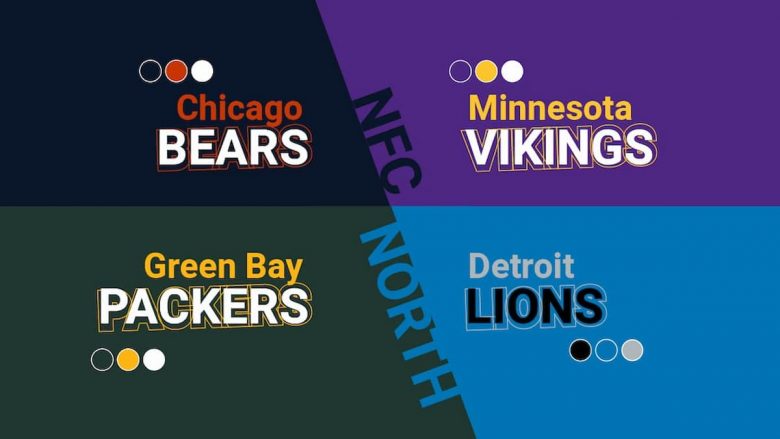 This team has won the NFC North the last three seasons in a row under head coach Matt LaFleur, and as if that isn’t enough they have also won it eight times in the last eleven years, so it’s no wonder that they are heavily favored to do that again in 2022.

The biggest roster change that the Packers have to accept is Davante Adams’ departure. He now lives in Las Vegas, where he catches balls from Derek Carr. Now Aaron Rodgers will need to rely on Sammy Watkins or Allen Lazard.

The Packers’ advantage in this division is the lack of competition. However, they went only 4-2 last year in NFC North. With all the improvements made offseason, the Packers may not have the same chance to win again.

Injuries are this team’s biggest enemy. But with Kirk Cousins, a healthy quarterback, throwing to healthy WRs Adam Thielen and Justin Jefferson, K.J. Osborn and now rookie Jalen Nailor, this top-12 offense from last season can begin to help stack wins in 2022.

It’s the Vikings’ defense that needed the most offseason upgrading after ranking 30th in the league last season, a group that allowed opposing teams to gain almost four hundred yards and score almost thirty points per game, a recipe for losing, this team going 8-9 in 2021.

Minnesota did very well in their division last year and had a record of 4-2 against NFC North teams. This was a recipe for defeat, with the team going 8-9 in 2021.

The last time Detroit won the NFC North was back in 1993 when Wayne Fontes was the head coach, so for them to do that over two decades later is the fun futures bet here – the question is how certain are you as a bettor that the Lions will play this well in 2022?

Keep in mind that Detroit has a 2x Pro Bowler under center, the 27-year-old Jared Goff, an NFL veteran who also has experience deep in the playoffs including in Super Bowl LIII when his Los Angeles Rams lost to Tom Brady’s New England Patriots by a score of 3-13.

The Lions have been to the postseason just three times in the last 22 seasons, all first-round wildcard eliminations that left a bitter taste in every fan’s, player’s, and coach’s mouth, so a win of the NFC North would be a refreshing palette cleanser for a franchise that has tasted loss.

The Chicago Bears have undergone a massive overhaul that has included a new coach, Matt Eberflus (the former defensive coordinator of the Indianapolis Colts), who is overseeing the Bears’ young quarterback development.

That’s Justin Fields, the former OSU QB standout who had a tough rookie season last year as the team threw him into the fire to see how he would fare, and their 6-11 finish and failure to make the playoffs led to the shift in leadership and rebuilding of the team on both sides of the ball.

This team may not win the NFC North but Bears fans believe they still have a chance. Future bets can also provide excitement throughout the season, unless the team falls apart. Check out the top Chicago Bears betting codes and bonus offers!

Which NFC North team has won the most divisional titles?

The historic Chicago Bears have won the NFC North eleven times, their most recent divisional first place finish being the 2018 season when Matt Nagy was the head coach and the team lost the wildcard playoff round to the Philadelphia Eagles by a score of 15-16.

The Detroit Lions have only won the NFC North three times and that is what makes it such a fun bet to see them as the winners during the 2022 season, a chance that only true fans might be willing to make but one that could pay off big given the odds.

Which NFC North team has won the most Super Bowls?

NFC North Divisional Titles Total Green Bay Packers 4 Chicago Bears 1 Detroit Lions 0 Minnesota Vikings 0 At the top of this list are the Green Bay Packers, a team that has won four Super Bowl Championships during the history of that franchise, the most recent one being in 2010 when Mike McCarthy was head coach and QB Aaron Rodgers earned the Big Game’s MVP honors.

What NFL Regular Season Where USA + International When Thu, Sept 8 thru Sunday, Feb 12, 2023 How to watch CBS/ESPN/Fox/NBC /NFLN