NFL Comeback Player Of The Year: Predictions And Odds. Best Bets For 2022 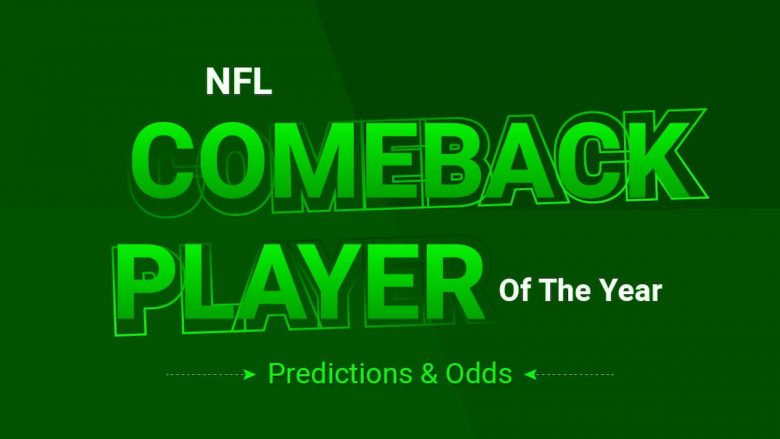 For 2022, Titans, RB Derrick Henry has returned (again), after fully healing from his Jones fracture in Week 8. Same goes for Saints QB Jameis Winston, who is hoping to enjoy a great season following tearing his ACL last week.

Another Saint could return to the game is WR Michael Thomas. His much-anticipated return may be what New Orleans needs. Here are our predictions and odds of him becoming the NFL’s Comeback player of the year.

Up until the middle of last season, Tennessee RB Derrick Henry seemed like an ironman player who missed few games to injury, but the Offensive Player of the Year and rushing yards leader in 2020 would have his 2021 season cut short in Week 8 when he suffered a Jones fracture.

That kept him out of the mix until the postseason when Henry returned and put up decent numbers against the Cincinnati Bengals in a Divisional Playoffs loss where he carried the ball 20 times for 62 yards and a touchdown, a remarkable comeback already from a serious injury.

Henry is now the favourite to win the CPOY Award. His rushing offense plays a key role in setting up the second-half pass game. This two-fisted plan will work much better with Henry back in the backfield.

After being horse-tackled in Week 8 last season, New Orleans Saints QB Jameis Winston had to leave the game with a knee injury, a torn ACL with MCL damage, it turned out, enough to end his season and force him to have surgery and all the offseason rehab that comes with it.

By all accounts, Winston should be good to go in 2022, and given that he and team agreed to a two-year, $28 million contract extension in March, it looks like he is set to start under center in New Orleans where he started 7 games last season and threw for 14 TDs with just 3 INTs.

That was a clear sign of a turnaround for the hurler who led the league in interceptions in 2019 with 30 of them with the Buccaneers, a stigma Winston is no doubt ready to erase with a comeback season in 2022 that will most likely include a healthy WR Michael Thomas.

The ankle injury that has kept New Orleans Saints WR Michael Thomas on the sidelines first happened in Week 1 of the 2020 season, then after a delayed surgery to fix several ligaments, the 2x First-team All Pro and former Offensive Player of the Year missed all of last season.

Combine a missing Thomas with an injured Jameis Winston and what you get is the last ranked passing attack in the league last year, a group that averaged just 187 yards through the air per game, a weakness that will no doubt be fixed with the return of both of those playmakers.

Thomas won’t win the CPOY Award without the assistance of the Saints’ 2022, player. If QB Winston impresses after his return to health, they could both play crucial roles in their respective comebacks. This is a dangerous combination, and one that can prove deadly if they do return.

It is difficult to believe that Carolina Panthers dual threat RB Christian McCaffrey is just 26 years old, the former Stanford star a mainstay in the NFL now, his ability to evade tackles while running with and catching footballs as thrilling to watch as it is valuable to his team.

Last season in Week 3, McCaffrey suffered a hamstring injury that eventually sent him to the IR and after he was reactivated in Week 9, he injured his ankle in Week 12 and that ended his season, one his Panthers ended up going 5-12 in and they came in last in the NFC South. The Panthers have yet to decide if Sam Darnold, or the rookie Matt Corral, will start under center. This would be a huge help for either one of them. Their offense is dependent on McCaffrey’s ability as a dual threat back.

This becomes a critical season for the New York Giants QB Daniel Jones, his return after a serious neck injury last season in Week 12 the focus as this fourth-year pro hurler attempts to help lift his Giants up after their 4-13 season and last place finish in the NFC East in 2021. Jones has been unable to get a big deal from NY. The Giants declined Jones’ fifth year option, making him an unrestricted free agent. This will give Jones more motivation to overcome his injury and show that he can play in the NFL.

As a quarterback, Danny ‘Dimes’ Jones has struggled with turnovers, throwing 29 interceptions in the 38 NFL games in which he’s played despite a respectable career completion percentage of 62.8 in the league, the former Senior Bowl MVP now ready for an impressive NFL comeback.

Who was the NFL’s Comeback Player-of-the Year in ?

In 2021, the NFL’s Comeback Player of the Year was Cincinnati Bengals QB Joe Burrow, who in Week 12 of his rookie 2020 season tore the ACL and MCL in his left knee, among other damage to his PCL and meniscus, ending his NFL debut season on a scary negative note.

Burrow’s comeback was historic, bringing his Bengals to a 10-6 season and an AFC North Championship as well as an eventual trip to the Super Bowl for the first time in Cincinnati since 1988, though that Big Game and the latest one were lost, the Lombardi Trophy still a goal.

A nationwide panel consisting of 50 members from the AP, who regularly cover the NFL, selects the NFL’s Comeback Player-of-the Year winner. Then they vote at the conclusion of each season.

The league will announce its winner during the NFL Honors Presentation. This presentation is made the night before Super Bowl.

This season, the presentation will happen on Saturday, February 11, 2023, and as usual, it will not be televised for the public, but chances are the names of the winners will leak out so keep checking back for all the latest news and updates.