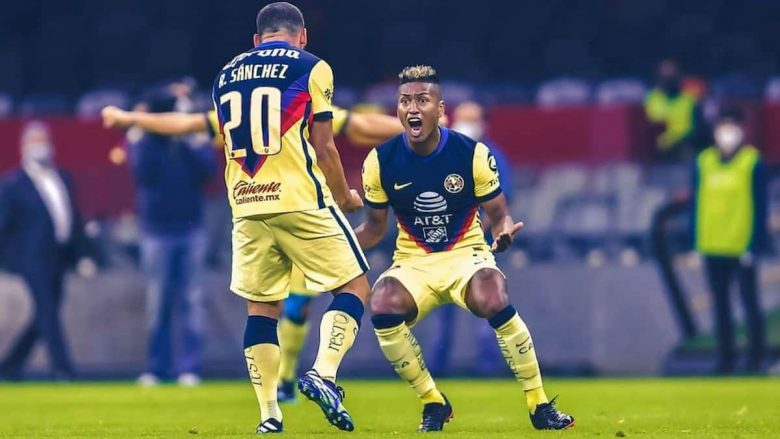 Pachuca, vs Club America Prediction Pachuca have had some great games and this is exactly what happened in the second leg.

A goalless opening half saw Club America take control of possession but Pachuca had more success. Similar results were expected for the second half, although Diego Valdes’s goal early in the game saw momentum shift. Club America was content with their one goal lead, and decided to use a deep block. Fernando Ortiz instructed his players to focus on preserving the lead and not trying to get another.

Pachuca was unable to get into the Club America box. To get on the scoresheet, they needed to be supported by their rivals. Nicolas Ibanez scored from the spot after Jorge Sanchez handed Pachuca a penalty in the 80th minute of the game. With the game ending at 1-1, it was all up for grabs in the second leg. Pachuca, who have performed well this season at home, will go into the match with confidence.

Solid Record at Home In the eight league matches, Pachuca won six and lost twice. Pachuca was unbeaten at Estadio Miguel Hidalgo and will be able to repeat that feat in the semi-final.

Club America should not be dismissed as they performed well during the league season. The league saw them lose just two of their nine home matches and they finished the season with three wins. The last time they defeated Pachuca at the Estadio Miguel Hidalgo was back in 2020, during the Apertura season. Federico Vinas and Sebastian Cordova scored the goals for Club America, while Colin Kazim-Richards scored a consolation in the 97th minute of the game for Pachuca.

Pachuca Only Needs to Extend their Superlative Run

Pachuca are on an incredible run, having lost only once in nine of their previous matches. They lost on the last day of league season, when the team was trying out the side. Guillermo Almada’s team had secured the top spot in league. The manager therefore decided to let a few of his players rest before the knockout stages. Pachuca faced Atletico de San Luis in the quarterfinal and won. Pachuca and Atletico de San Luis were the league leaders, but they drew the first legs 2-2 in San Luis.

Nicolas Ibanez gave his team a fast start to the quarterfinals by scoring in just 5 minutes. He has been their best player this season in front of the goal, and that was his 10th goal of the season.

Jhon Murillo got fouled in the box, and that saw San Luis get a penalty in the 25th minute, which German Berterame converted without any issue. Pachuca were made to struggle for a bit, but Nicolas Ibanez popped up with his 11th goal of the season in the 77th minute to hand the table toppers the lead once again. Despite all his efforts to get the win for his side, they failed to seal the tie as Juan Manuel Sanabria scored in the 94th minute to make it 2-2.

Ibanez Brings Life In the second leg of the match, Nicolas Ibanez scored the goals for Pachuca. After a goalless first half, Pachuca took the lead in the 47th minute but were pulled back level on terms in the 52nd minute by Ricardo Chavez. Gustavo Cabral restored Pachuca’s lead in the 69th minute before Victor Guzman missed a penalty for the home side in the 80th minute. San Luis made it 2-2 in the 93rd minute but still needed a goal as they were getting knocked out even if the tie ended in a draw. Nicolas Ibanez made sure his side did not suffer a shock loss and scored in the 96th minute to seal a 5-4 win on aggregate.

In the semifinal first leg, Nicolas Ibanez scored the decisive goal for Pachuca. He converted from the spot in the final minute to earn them a draw at 1-1.

Injuries and Suspensions No player has been ruled out of the match or removed from Pachuca.

Club America was able to win the match against Pachuca and could consider it a bit unfortunate to have to give a penalty late. This season has been a great success. To come from the bottom and finish fourth was an amazing achievement.

Now they have the chance to reach the final. All they have to do now is to keep doing what they’ve been doing: defend well. Club America has been an effective force in the back since Fernando Ortiz took over. They have also stopped conceding goals. They have conceded just five goals in their last 10 matches in Liga MX Clausura – the best defensive record in the period.

In the quarterfinal, Club America faced Puebla. This was a team that suffered a lot towards the end and ended up outside the top 4. Ortiz’s team finished at the same point as Puebla in the league season, but they managed to take 4th due to a higher goal difference. The first leg of the quarterfinal saw the sides draw 1-1. Fernando Aristeguieta handed Puebla the lead in the 55th minute before Sebastian Caceres leveled things up with 10 minutes remaining in the game,

The second leg was dominated by Club America, who took a 3-1 lead in the 73rd minute. Alejandro Zendejas, Diego Valdes and Henry Martin all scored for Puebla, while Israel Reyes managed one for the away team in the first period. Fernando Aristeguieta got on the scoresheet again for Puebla in the 97th minute, but it was too little too late as they did not have enough time to make a comeback.

Club America also did very well against Pachuca in the semi-final first leg and led via Diego Valdes. However, they made one mistake and handed the opponents a lifeline with a penalty in the 80th minute, which was easily converted.

No player has been ruled out and Fernando Ortiz still has his entire squad for the second leg.

How to Watch Pachuca vs Club America