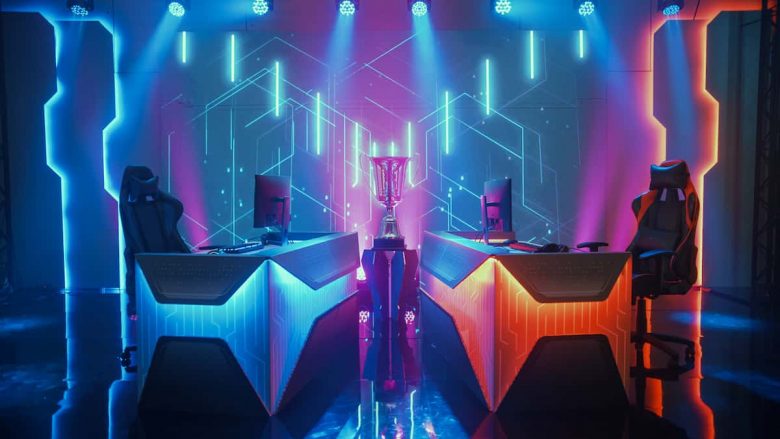 The PGL Major Antwerp 2022: Challengers Stage is set to be played from May 9-12. All the Regional Major Qualifiers have finished and 24 CS:GO outfits that will compete in the tournament have now been identified.

Eight of the finalists have already advanced to the Legends stage. They will compete in the second round. The remaining 16 teams – comprising eight Challengers and eight Contenders – will kick off the Antwerp Major.

The regional representation will be quite skewed because there are 16 European sides that have made it this far. Six of the eight are from North & South America and two come from Asia Pacific.

A Europe vs Asia-Pacific Representation

This contest will kick off the tournament for us on May 9. It is not surprising that Europeans are strong favorites. A win in the IHC, or should we say an upset. Your pot will return nearly 5X. This doesn’t mean that you should just blindly gamble on them. Let’s examine both the positive and negative sides of this coin with more nuance.

Make no mistake – Astralis are the stronger team on paper. They can’t just show up and win. Although their recent records aren’t great, objectively you can see that they have been more battle-hardened having faced tougher opponents.

In the recently-concluded ESL Pro League-15, they were in a tough group, alongside Natus Vincere, Heroic, AGO, Complexity and Evil Geniuses. Astralis finished third in the pool with three wins and two losses, which then meant a round of 12 clash against Entropiq in the playoffs.

Although they won the pool by a 2-1 margin, they lost the quarterfinals to the inspired Brazilian team FURIA Esports. FURIA lost the semifinal to eventual champions FaZe clan.

Their opponents, IHC, have come through the Asia Pacific RMR. IHC, a Mongolian team, has some history to keep. This will be the first ever representation of five members from Mongolia at a Major CS:Go.

IHC were beaten by Tyloo, Renegades and others to make it this far. They not only beat the top two sides in Asia Pacific to reach this point, but they also won all three LAN Qualifiers. They won it and were richer by USD 5000 for their efforts.

It will be a unique experience to play a Major against an European team that has done it before. IHC should play with confidence and let go of any inhibitions. This could allow them to let go of their worries and just play. They could have the best opportunity to win.

Three IHC players – Tengis Batjargal (sk0R), Byambasuren (“bLitz”) Garidmagnai, and Munkhbold [Techno4k] Sodbayar] have reached the top five CSGO players in the Asia Pacific Regional Qualification. Their HLTV rating was 1. 34, 1. 31 and 1. 11 respectively a mark of their abilities. Another great opportunity to build on these gains is the upcoming Challenger.

ENCE – From Outsiders to Contenders

Runners-up at the ESL Pro League 15, ESL have gotten here courtesy a win in the Europe RMR final by beating Anonymo Esports by a 2-0 scoreline. They are huge favourites to beat 9z from South America, who have set the American RMR ablaze.

They overcame the deflating loss of 2-0 on their opening day and recorded big victories over other fancied teams – which will be discussed in more detail later. As such, odds favor ENCE. There’s a reason they’re the favorite.

Their run at the European RMR Final was difficult because Anonymo had pulled off two major upsets previously, defeating Entropiq and G2 Esports. They also put up a strong fight against ENCE.

ENCE has proven themselves to be a strong contender in the top tier of CS GO. Their runner-up finish earned them USD 90,000 following a competitive 1-3 loss in the ESL Pro League final to FaZe Clan. For a long time, they’ve been under the radar. They have the chance to take small steps and make a big leap.

At one stage between 2018 and 2019, the team earned 14 podium finishes at majors, with several championships top their name. They had to start over due to the losses of key players. Since the pandemic, the core team has had difficulty competing at major events. They finished fifth at last year’s ESL Pro League. This was their highest ever finish.

Despite being underdogs in the ESL Pro League, they made an immediate impact by beating eventual champions FaZe Clan 2 to 1.

The giant-killing acts didn’t stop there. They followed up that win with huge wins over Virtue pro and Vitality. ENCE began its playoff run with big wins against Fnatic, Ninjas In Pyjamas and Ninjas. Although they could not quite replicate their feat in their final meeting against FaZe Clan in the grand finale it was still quite impressive that they made the final.

They are an all-Finnish team, with an Israeli, Dane, Montenegrin, and two Polish players. Their only active Finn is Coach sAw. They are still located in Finland.

Regardless of their actions here, 9z is already a legend. For the first time in history, the PGL Antwerp Major will include a non-Brazilian South American team. They have clinched the Americas qualifying spot.

In terms of a contest, this one promises to be a lot more even than the first two. The odds favor Ze, who was the third European team (at the time they qualified) to secure their place at the PGL Antwerp CSGO Major.

They should be able to rebound against sAw at the European Major RMR and eventually win the game 2-1. They have made great strides in the past despite being sAw’s more experienced team. ForZe has a far-younger team that compensates for its relative inexperience by displaying the type of firepower few other sides have in this region.

sAw won seven straight rounds on the T-side, which is not favoured. After both sides switched sides, the pistol round was won by sAw, but the contest began to go Ze’s favor. This is how you can see that this team doesn’t quit. The Renegades can take inspiration from the phrase “it doesn’t end until it ends.”

Renegades – Not Completely Out

In February Renegades suffered a significant setback. They call it a roadblock. Renegades were knocked out of IEM Katowice 2022 following a lower bracket loss to Entropiq.

In a way it was symbolic for the year that they had, which has been very difficult and one that has been ravaged by the pandemic. There has been no buildup or momentum. There have been odd streaks of brilliance, but then there has been a string of inactivity.

Just when it seemed like they had turned the corner, the Renegades lost ESL Pro League due to pandemic.

Prior to this, the Renegades were gathering momentum for something significant at IEM Cologne’s play-in where they defeated OG by a remarkable 2-0. The Renegades are now on the road back down this tricky hill and have plenty to lose, even though they have shuffled their roster.

Since December 2021, the top-ranked Australian CS; GO outfit was down a player since Liam “Malta” Schembri, a longtime member of the setup, was released at the end of the season. Liar was IEM Katowice’s stand-in, and now he has the chance to make his mark on the main stage. This is as good a chance as any for the 24-year old tome amends.

G2 out to prove lack of cohesion just a perception

G2 suffered a shock last month as they were defeated by Anonymo in the first game of the European Regional RMR. By winning 19-16 on the mirage, the Polish outfit let out a statement of intent. G2 has regrouped since and are now ready to give a good shot at the Challenger, after completing a solid signing in Aleksib.

m0NSESY, another player in the mix is also a young one. These two players complement Niko well on the roster. He is an anchor who can be trusted and reliable, which could have easily allowed him to slip into the background of any side.

The fact that he has emerged as G2’s pivot is testimony to the strength of their team and to how well they work together despite what some believe to be an absence of chemistry. G2 now needs to show the world that they are not afraid of Liquid.

Like G2, Liquid too lost their opening game of the Americas RMR against 00Nation, a South American team whose decisive and aggressive gameplay stood out as they managed a 16-8 victory on Dust-II. They showed that it’s not how you begin but what you do after you win.

And so they were, one of the favorites, and now are in the tournament. These outfits are among the most powerful in North America.

The History Makers from Turkey

Turkey’s super team Eternal Fire became the first Turkish outfit since Space Soldiers at FaceIt London 2018 to qualify for a Major. To qualify for this tournament, the side defeated OG in a round five at Europe RMR.

In many ways they have changed history by entering this tournament. They took a major step forward last August by bringing together four of the top CS:GO players and ISSAA. Woxic played with them during his tenure with HellRaisers.

After generating hype, Ozgur “woxic” Eker announced last August that his new CS:GO project, which combines former Mousesports and Cloud9 AWPers with Ismailcan XANTARES Dortkardes and Bugra “Calyx” Arkins, Issa ISSAA Murad and Omer “imoRR” Karatas of Eternal Fire. That nearly 10 months on, they’re talked among the most improved teams tells you of the strides they have taken.

But it will be tough against the Bad News Eagles. Although the odds favor Eternal Fire, don’t let this discourage you from betting on them. It could turn out either way.

Bad Eagles Set to Compete in Next Major

Bad News Eagles will compete in the largest tournament of their lives. This is the culmination of many years of hard work. This Kosovo-based team is the first to be admitted to the Major league, without a representative organization. They are aiming to get invited to the next Major, and they will be able to do this by reaching the Major in legends Stage. After this stage, they aim to get an invitation for the next Major.

How to Watch the PGL Major Antwerp 2022