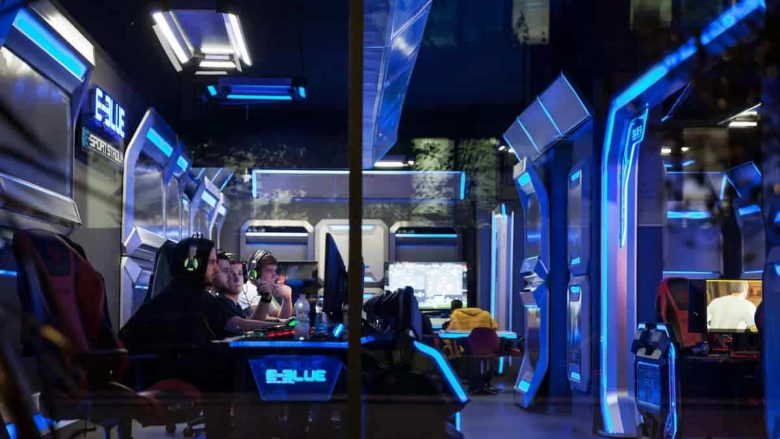 Spirit, the Russian side ranked number 14 in the world, will be facing Finest, ranked number 71 in the world, in round 1 of playoffs of the Pinnacle Cup IV on 25 May 2022, in a best of three matches. The two teams faced off three times in May, with Spirit winning twice. The second game was fairly easy for the Russian side, winning by a score of 16-7 but the two other games were quite tight. Because of their head-to-head record, Spirit is the favorite to win this game.

The Russian team were at their best before they met the top-ranked side of the circuit, Heroic, Copenhagen Flames and Astralis.

Finest Can Spring A Surprise

When Finest won against Spirit it was on Vertigo. This is map where Finest have a pretty poor overall record with a 38% win rate. Spirit, on the other hand, had win rate of 60% on the same map and will be well aware that they can’t take their opponent lightly.

Finest have a highly impressive record of 75% on Mirage and 60% on Inferno. They were unfortunate to face Spirit in two maps where Spirit have got a 100% record. This is unlikely to happen going into the match.

Finest enter this tie having had an extremely poor run. They have won just one match in six and it is not the type of tie that they can turn things around. The game is likely to be tighter than anticipated, meaning Finest may be worth taking a chance on. However, Spirit has far too many in their tank.

K23, ranked number 33 in the world, will be facing Isurus, ranked number 52 in the world, in round 1 of playoffs of the Pinnacle Cup IV on 25 May, 2022, in a best of three match. The two teams have never met before making this an interesting match to be called. K23 will be heading into this match as favorites courtesy of the higher rank and have the safer odds on offer.

K23 Are On A 5-Game Winning Streak

K23 are in some hot form heading into this, winning their last five matches. Some of these wins have come against lesser opposition but the run also includes wins against AGO, ranked 32 in the world, and Sinners, ranked 37 in the world. These are sides that are in around the same position as K23 in the world rankings and they’ll have taken a lot of confidence from winning these matches and will want to continue this good run.

Isurus’ DeStiNyT Must Do Better

Isurus have been quite patchy over the past few weeks as can be seen based their ranks and DeStiNy’s poor form. He has been averaging 0. 70 kills per round, 0. 73 deaths per round, had a KAST of 69.3% and dealt 76.3 damage per round. He has a KD ratio of over 1. 02 to be precise, unlike the ratio in the last three months. The team have a 50% record in the last 4 matches and will be hoping to go on a run.

They’ll be hoping that K23 are a bit complacent after going on a pretty good run but it’s still hard to see them coming out on top in this tie. K23 are favorites heading into this and for good reason.

These two teams have never met before. The rankings don’t seem to be much that separates the sides, so it should be close. Apeks has the edge but it is difficult to trust when so much information exists between them.

Apeks have a win rate over 50% on every map bar Vertigo and Nuke. They’ve only played twice on Vertigo and their 46% win rate on Nuke is still better than ECSTATIC’S 44%. Both sides have not played for two weeks, but Apek is confident going into the match after beating Finest. ECSTATIC lost to SINNERS their last match.

ECSTATIC is heavily dependent upon him playing a good game. Their opponent has a better record on all maps than them and they have lost their match. FASHR is a great player but it’s difficult to imagine him doing enough to improve this tie. Apeks needs to have this one.

The two sides have a long history, having faced each other 22 times before. SKADE have come out on 12 times with GamerLegion come out on top only six times. The matches went into overtime in four of them. SKADE is clear favourites based on their past.

GamerLegion might not have a better head-to-head record but they’ll be confident that they can beat SKADE after beating them twice in three matches on the same day two months ago in the PGL Major Antwerp 2022 Europe RMR Open Qualifier 4. These were closely contested matches and the match should be no different.

GamerLegion appear a little streaky. After a four-game loss streak, they went on to win three consecutive matches. They lost their last match. The pair will be looking to improve their game and stop being so dependent on momentum.

It’s obvious that SKADE needs all their players to perform well. They’ve been on a six-game winning streak and it’s evident that they need them. In that time, they’ve defeated some of the best teams in the country like SINNERS and AGO. GamerLegion could not stop that. SKADE has a slight edge but should still win this contest.

How to Watch Pinnacle Cup 2022

Pinnacle Cup 2022 Information Teams Skade vs GamerLegion, Apeks vs Ecstatic, K23 vs Isurus, Spirit vs Finest Location Online event Time May 25 at 4. 15 AM ET How to watch Official Twitch channel or HLTV