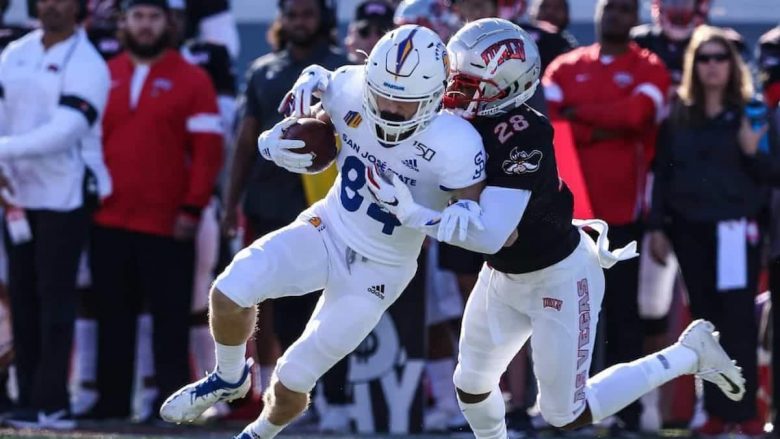 It’s Week 6 in the USFL and in a 10-week season, that means this next stretch of five games have playoff implications, including this Sunday cross-divisional matchup between the one-win Pittsburgh Maulers of the North and the 3-2 New Orleans Breakers of the South.

Congrats to the Maulers on posting their first win of the season, a 21-20 nail-biter over the Houston Gamblers that showcased Pittsburgh’s new QB Vlad Lee, who jumped into HC Kirby Wilson’s offense and figured out a way to earn a W and keep the Maulers’ playoff hopes alive.

The Breakers just lost to the New Jersey Generals, 17-27, and though New Orleans shutdown defense allows an average of just 17 points per game, QB Kyle Sloter is having trouble not throwing the ball to the other team, these Breakers still hoping to slide into the postseason.

Can the Maulers’ New QB Vlad Lee Keep on Building and Winning?

After four games, the Pittsburgh Maulers lost. Their HC Kirby Wilson was determined to force a rush-heavy offense against a team led by Josh Love and Kyle Lauletta, both competent enough hurlers, who were mediocre in those losses.

Enter Vlad Lee, a 29-year old pro quarterback who has spent time in the CFL (Saskatchewan Roughriders), the NAL (Columbus Lions), almost the XFL (signed and waived by the DC Defenders), and now the USFL as the starter under center for the Pittsburgh Maulers.

Signed on May 10, five days later Lee was leading the Maulers to their first win of the season over the Houston Gamblers by completing 19 of 32 (59.4%) of his passes for 170 yards and 2 touchdowns with one interception plus 5 carries for 20 yards, a fun QB to watch develop. Can Breakers QB Kyle Sloter improve his play under center?

While the New Orleans Breakers defense is shutting down opponents and keeping them to an average of just under 17 points per game (third lowest in the league), their offense is led by QB Kyle Sloter who leads the league in interceptions (7) as his team scores 22 points per game.

Currently, Sloter is by far the most productive quarterback in the USFL, leading the league in completions (192) and passing yards (1,226) while being tied for the most passing touchdowns (7), his QBR of 115.7 good enough to be top ten in the league but he must clean up those picks.

The Breakers have one of the USFL’s top receivers, Jonathan Adams and he and Sloter have formed a decent connection with 17 receptions completed between the two for 273 yards and two touchdowns, an exciting duo to watch as New Orleans battles to make the postseason.

The third most productive wide receiver in the league right now is Pittsburgh Maulers’ Bailey Gaither, who has seen limited playing time so far due to a prior illness but regardless has helped his team’s offense with 18 catches in three games for 267 yards and 3 touchdowns.

Gaiter is a 25-year old San Jose State alum who stands at six feet and weighs 188 pounds, his 4. 48 second time in the forty-yard dash revealing his relatively decent speed which attracted the attention of the Green Bay Packers who signed him as an undrafted free agent in 2021. The upside to all Maulers receivers, however, is that Vlad Lee, the new quarterback, has just won the lottery. He seems capable of improving the previously weak passing offense in Pittsburgh and have signed him as an undrafted free agent for the Green Bay Packers.

The Breakers depend heavily on their rushing attack and are averaging 123 ground yards per game and a big reason for that is RB Jordan Ellis, the 5′ 10″ 220 pound UVA alum who is just 26-years old and is currently the second most productive at his position in the league.

Ellis has played in all five of the Breakers games this year and so far leads the league in total carries (95) for 389 yards and 2 rushing touchdowns as well as 23 yards worth of receptions, a dual threat who has helped New Orleans pound their opponents into stacking the box.

That consistent run game by Ellis forces the defense to adjust early on and that leaves the field more open for the team’s receivers to run their routes and get open, a deadly combination that has combined for 361 total yards of offense per game, a tough to stop attack once it gets going.

How to Watch Maulers vs Breakers

Maulers vs Breakers Information What Pittsburgh Maulers vs New Orleans Breakers Where Protective Stadium in Birmingham, Alabama When Sunday, May 22, 2022; 12: 00 PM ET How to watch FS1