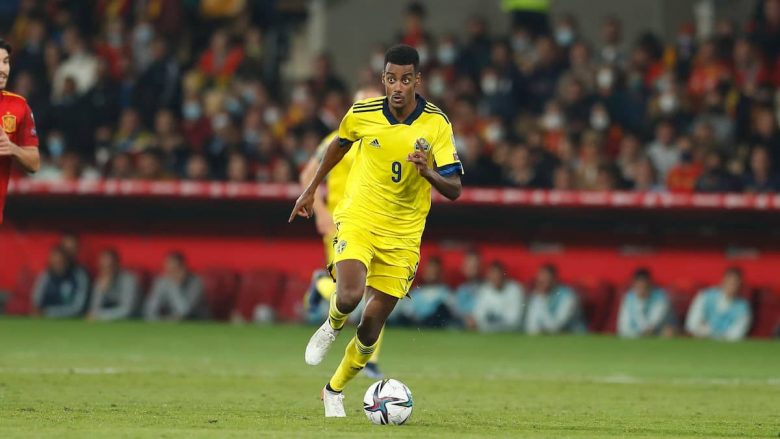 We have this down as an evenly matched contest, but the discrepancy in the odds available makes it worthwhile to back an away win. If you are interested in learning more about the betting moneyline, this guide will help you.

Sweden Edged Out Czech Republic and Now Must Go Away

Sweden’s semi-final against the Czech Republic last week almost went the distance, but Robin Quaison’s goal in the 20th minute of extra time avoided the need for a penalty shoot-out.

It was close and each side had chances but the Sweden win felt fair based on the balance. They had the best chances on the night. Quaison scored after linking up with Alexander Isak.

Sweden is now just one game away from qualifying for the 2022 World Cup. Although they were careless in some parts of the qualifying process, it didn’t matter at the end. After three rounds, Sweden was at the top of the standings. Their 2-1 victory against Spain in Solna was the highlight of their campaign. This is despite having to overcome one of the most formidable national soccer teams around the world.

Sweden lost to Georgia and Greece before losing to Spain in Seville. Even so, their second-place finish was pretty comfortable, with Janne Anderson’s side amassing 15 points to Greece’s nine.

Andersson, who has been at the helm since 2016, guided Sweden to the quarter-finals of the World Cup four years ago. That represented the country’s best showing since their third-place finish in 1994, and Sweden again reached the knockout phase of a major competition at Euro 2020 last summer. However, defeat by Ukraine in the round of 16 was disappointing.

Sweden had achieved a top-three finish in Group E, ahead of Spain and Slovakia. On matchday three, they beat their next opponents. Viktor Claesson scored a goal in the second half to give his team a win of 3-2.

Sweden supporters will be hoping for the same outcome in Chorzow.

Poland was due to face Russia in the play-off semi-finals, but the latter was expelled from the qualification process following the invasion of Ukraine.

UEFA made a decision before prominent players from Poland, along with counterparts from Sweden and the Czech Republic, declared that they weren’t ready to face Russia. Poland won the bye and will be playing in the final on their own soil. After finishing second in the qualification group,

Poland made it to the playoffs. They never really looked like beating England to the top spot, despite holding the Euro 2020 runners-up to a 1-1 draw in September. Although they lost the final match against Hungary at home, Poland finished second to Albania and three points ahead of Hungarians.

If Poland makes it to Qatar, they will have qualified for back-to-back World Cups after missing out on South Africa 2010 and Brazil 2014.

However, recent tournament performances have been disappointing: Poland was eliminated in the group stages of the 2018 World Cup and Euro 2020, despite being tipped as potential dark horses going into both events.

There is unlikely to be much between the sides on Tuesday

The main reason Poland has the advantage in this match is their home advantage.

Only one team from away emerged victorious in the play-off semifinals last week. It was North Macedonia’s 1-0 victory over Italy. A match this important can only be won on home turf in front of fans.

However, it is worth backing Sweden to win on Tuesday. The difference in price between the two sides that are evenly matched seems excessive. Andersson’s team is strong and can get results whenever they need them.

Sweden is not afraid to take chances. They also pose a threat from counter-attacks and set-pieces. These are two options to help them get to their goal.

However, even a brace against Sweden at Euro 2020 was not enough for Poland to avoid defeat. Although Lewandowski’s skills are exceptional, his team has struggled to match him in recent years.

Last year, the encounter between these two teams resulted in a thrilling five-goal affair. But this one is expected to be much more tense. A victory for Sweden is the most desirable bet.

How to Watch Poland vs Sweden