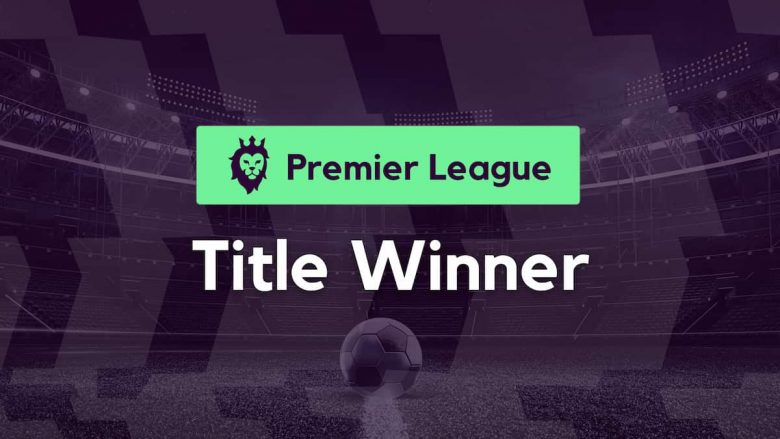 Manchester City are the favorites to win the Premier League title in the 2022/23 campaign.

Pep Guardiola’s side have finished in first place in four of the last five seasons, and the signing of Erling Haaland means they will have an out-and-out goalscorer leading the line this term. City are still the team to beat.

Liverpool are likely to push them closest, just as they did last time out. The Reds have in effect swapped Sadio Mane for Darwin Nunez, and it will be fascinating to see whether that proves to be an upgrade or a downgrade.

Tottenham Hotspur could be a threat under the superb management of Antonio Conte, while Chelsea should not be written off as the Todd Boehly era begins in earnest.

If you would like to check out more betting options available to you for the Premier League 2022/23 season, make sure you have a read of our guide on how to bet on soccer.

Which Team Is the Current Premier League Title Holders?

Manchester City are the current Premier League title holders. They amassed 93 points in the 2021/22 season by winning 29 games, drawing six and losing three.

City finished one point clear of second-placed Liverpool. It was a close-run thing, with the Reds outperforming City in 2022, but Pep Guardiola’s side held off their closest challengers to win another title.

Which Club Has Won the Most Premier League Titles?

Club Number of Titles Manchester United 13 Manchester City 6 Chelsea 5 Arsenal 3 Liverpool 1 Blackburn Rovers 1 Leicester City 1 Manchester United are the most successful side in Premier League history – by some distance. Each of their 13 title triumphs came under the management of Alex Ferguson, who is widely regarded as the greatest British soccer coach of all time.

Manchester City edge out Chelsea into second place, while three clubs – Blackburn, Leicester and Liverpool – have lifted the trophy once each.

Which Club Has Won the Most English Titles?

Club Number of Titles Manchester United 20 Liverpool 19 Arsenal 13 Everton 9 Manchester City 8 Aston Villa 7 Chelsea 6 Sunderland 6 Sheffield Wednesday 4 Newcastle United 4 The Premier League was launched in 1992. English soccer’s leading 22 clubs broke away from the Football Association, but in sporting terms it was essentially a rebrand of the First Division, which began way back in 1888.

The clubs above have won the most titles overall if we take the pre-Premier League era into account. Manchester United still lead the way, but Liverpool are the big movers – 18 of the club’s 19 league titles came before the Premier League was launched.

Clubs like Sunderland, Newcastle United and Sheffield Wednesday still make the top 10 despite having not won the title since 1936, 1927 and 1930 respectively.

How Many Teams Have Won the Premier League Title?

Seven different teams have won the Premier League title since the division was rebranded in 1992.

What Happens if You Win the Premier League Title?

The title winners are also given 40 commemorative medals. Every player who has made at least five Premier League appearances that season receives one. The rest can be shared between management and other officials however the club sees fit.

When Is the Premier League Title Winner Announced?

The Premier League is not a knockout tournament, nor does it use the play-off system that is popular in the United States. That means there is no ‘Premier League final’ – the title winner is simply the team that accumulates the most points over the course of the season, and is therefore equivalent to the Supporters’ Shield award in MLS.

There is no fixed date on which the Premier League title winner is announced. The confirmation comes when the team in the first place can no longer be caught at the top of the table.

How Can I Watch the Premier League on TV?

Soccer fans based in the United States can watch the Premier League on NBC, Peacock Premium and fuboTV. Kick-off times usually range from 7.30 AM to 3.00 PM (EDT).