Pumas UNAM Vs Club Necaxa: Both Have Not Made The Best Starts To The Season 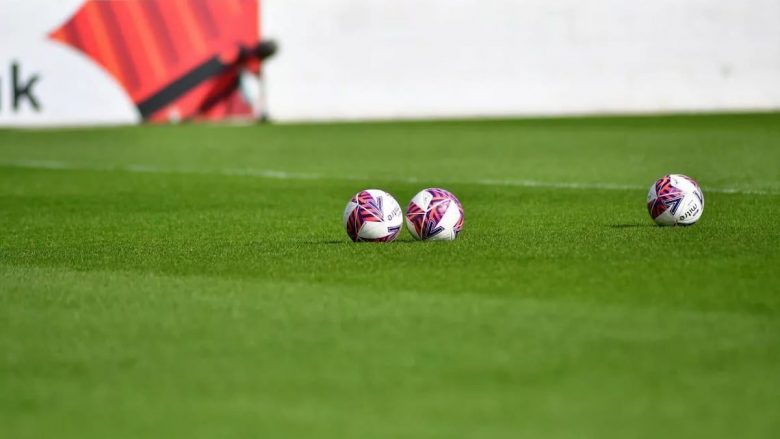 Pumas UNAM and Club Necaxa have two wins each in the last five meetings between these two sides. Necaxa have won the two most recent games – and they were convincing wins. In the last Apertura meeting, Pumas UNAM were beaten 3-0 by Club Necaxa.

Alonso Escoboza scored in the first half for Necaxa, and the home side were in the lead despite not having a lot of the ball. A penalty midway through the second half made things better for them as Alejandro Zendejas converted with ease from the spot.

Pumas dominated possession for the majority of the time and had 66 percent of the ball at the end, but still failed to convert any of their chances. Necaxa were hitting on the counter and scored their 3rd via Rodrigo Aguirre in injury time. Pumas failed to create a single big chance in the game and were made to struggle for their shots. Necaxa defended well and were reluctant to give their opponents any chance of getting past their defenders.

Check out our free guide on how to bet on soccer, here!

The two sides met earlier this year in the Clausura season, and it was the same story once again. Pumas dominated the possession and even had more shots this time, but once again ended up on the losing side.

Alan Medina scored in the 20th minute for Necaxa, while Rodrigo Aguirre scored from the spot in the 28th minute to double the lead before making it 3-0 in the second half with his second of the game. Pumas couldn’t make any notable incisions into the final third as Necaxa were solid once again, with only Diogo managing to pull one back for them in the 69th minute in a 3-1 defeat.

Pumas UNAM just about made it to the playoffs last season in the Clausura but could not get past the reclassification round as they were beaten by Guadalajara. To make things worse, they had just lost the CONCACAF Champions League as well, with Seattle Sounders beating them in the final.

This season, they are determined to do better and have brought in reinforcements. Gustavo del Prete has been signed from Estudiantes, while Eduardo Salvio, Adrián Aldrete, César Huerta, Higor Meritão, Gil Alcalá, Marco García, and José Galindo have also been added to the squad.

Diogo has arrived on a season-long loan, while Jorge Ruvalcaba has been promoted from the U20 side. Alan Mozo has been sold to Chivas, while Sebastián Saucedo, Alfredo Talavera, Rogério and Omar Islas have been released. Favio Álvarez is out on loan this season to Talleres.

Not an Ideal Start

While their transfer business has been decent, the players are yet to hit top gear on the pitch. In the first game, they were behind inside the first 12 minute to Club Tijuana. Lucas Rodríguez scored from the spot to stun the home fans who were expecting an easy win. Diogo scored early in the second half to level things up, and they were handed a penalty just minutes later. However, VAR canceled the penalty, and neither side managed to get on the scoresheet again.

In the second game of the season, Pumas took the lead in the 6th minute via Juan Dinenno’s penalty. They were up against ten men from the 21st minute onwards after Osvaldo Rodríguez was sent off, and things looked set for them to take their first win. Gustavo del Prete scored late in the first half to double their lead, while Eduardo Salvio made it 3-0 early in the second half.

However, Club Leon pulled off an improbable comeback with Lucas Di Yorio scoring twice and Joel Campbell adding another to share the points. The 10-man team were driven by the home fans to play out of their skins and get a draw from 3-0 and a man down.

Arturo Ortiz is ruled out for Pumas for this game, and his return date is unknown.

Club Necaxa Have Pulled Themselves Together After a Shock Start

Much like Pumas UNAM, Club Necaxa could also not get past the reclassification round in Clausura last season. They were beaten by Cruz Azul comfortably and thus eliminated even before they could reach the quarterfinal.

In the transfer marker, Club Necaxa have made some decent signings with the addition of José Esquivel, Edgar Méndez, and Juan Pablo Segovia on a free transfer. Hugo González, Brayan Garnica, and Juan Cortéz have also been signed with Jesús Godínez and Daniel Parra arriving on loan for the season.

Idekel Domínguez, Fernando González and Luis García have left the club, while Maximiliano Salas has been loaned out. Rodrigo Aguirre, Alonso Escoboza, Alexis Peña, Alan Medina and Ulises Cardona will also be missing from the squad as they have returned to their respective clubs following the expiry of their loan deals.

Club Necaxa were at home for their first match of the season, but things didn’t go as expected. They were beaten by Toluca with ease and they had only themselves to blame. Leonardo Fernández and Valber Huerta scored early to hand the away side a 2-0 lead, before Necaxa were handed a penalty. Edgar Méndez got his penalty saved, but luckily Fabricio Formiliano scored minutes later to reduce the deficit.

Camilo Sanvezzo scored the lone goal of the second half from the spot to restore Toluca’s two goal lead, and that was enough for them to get the win. Necaxa dominated the game from start to end, but it was the away side who managed to get the goals when needed.

Necaxa were quick to bounce back and won their next match in the league. Traveling to face Queretaro, they were keen on returning with all three points. Milton Giménez scored the opening goal of the game for Nexaca in the 23rd minute to hand them a much needed lead. However, he scored at the opposite end minutes later to level things up as well.

They were dominant once again albeit with the frustration of not being penetrative enough to find the winner. That was until Milton Giménez went from hero to zero to hero again as he scored in the 83rd minute to win the game for the away side. The striker finished with all three goals in the game, luckily with two at the right end.

No player is injured or suspended for the upcoming game.

How to Watch Pumas UNAM vs Club Necaxa