Real Madrid Vs Real Betis: Expect Goals At Both Ends 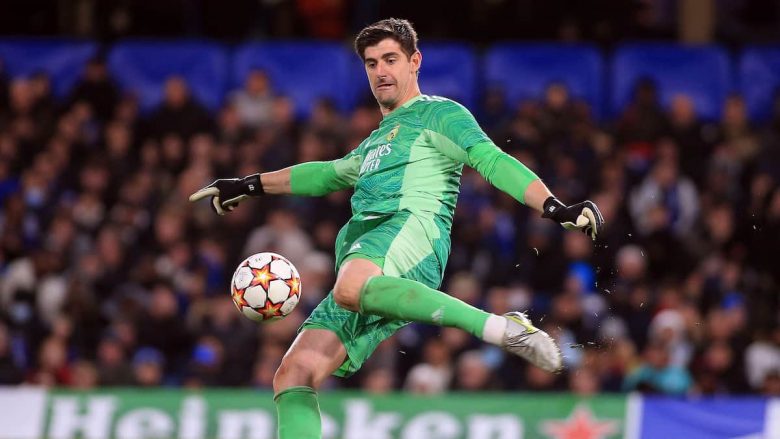 Madrid Back on Home Turf and Looking To Extend Perfect Start

In an ordinary season, there would be no La Liga matches this weekend (and none in the Premier League, Serie A, Ligue 1 or the Bundesliga either). The start of September is usually a place in the calendar reserved for international sides to compete in World Cup qualifiers, the Nations League or other such competitions. But because the 2022 World Cup in Qatar is taking place in November and December rather than June and July, the countries have given up the traditional September and October international breaks.

As such, we are about to enter a hectic period of European club soccer. The Champions League begins next week, hence this fixture’s scheduling on Saturday rather than Sunday. Real Madrid are the reigning European as well as Spanish champions, with their exploits last season proving they can successfully balance both competitions. Los Blancos have made a fine start to the current campaign domestically, winning each of their first three matches to head into matchday four at the summit of the standings.

Despite Barcleona’s summer splurge in the transfer market, Madrid are the favorites to win the La Liga title again this season. Their wins so far – against Almeria, Celta Vigo and Espanyol – have all come on the road due to ongoing redevelopment work at the Estadio Santiago Bernabeu. The work is not yet complete, but Madrid are able to return to their home this weekend.

Their most recent victory over Espanyol was a close-run thing, with Karim Benzema notching twice in the closing stages to secure a 3-1 win. Thibaut Courtois demonstrated his importance once again, helping to keep Espanyol at bay in the second half. Aurelien Tchouameni impressed in midfield as he seeks to replace Casemiro, but once again it was Benzema who turned up when Madrid needed him most.

Last season was almost perfect for Real Betis. Their most significant achievement was winning the Copa del Rey for only the third time in the club’s history. Critics might point to the fact that Manuel Pellegrini’s men did not have to play any of Spain’s big three on their way to glory, but you can only beat what is in front of you and Betis still had to see off arch-rivals Sevilla, Real Sociedad, Rayo Vallecano and Valencia.

In La Liga, they narrowly missed out on the top four and qualification for the Champions League. No one at the Estadio Benito Villamarin had expected the team to finish as one of the division’s leading quartet at the beginning of the campaign, but the fact that Betis were third at the end of February and then went on to finish fifth was a source of mild disappointment.

Still, Betis have brushed off that frustration at the start of the 2022/23 season. They are one of only three teams in Europe’s top five leagues with a 100 percent record at the time of writing (the other two are Madrid and Arsenal). Betis beat Elche 3-0 on the opening weekend, before registering narrower triumphs over Real Mallorca (2-1) and Osasuna (1-0).

The underlying statistics suggests their lofty position in the table is no fluke: Betis rank third for both expected goals and expected goals against. And they play excellent football under Pellegrini, who at 68 is proving the adage that with age comes wisdom.

Entertaining Encounter Awaits With Real Betis Likely to Be Brave

It is notable that Madrid have failed to keep a clean sheet in any of their three victories up to now. Playing away from home is perhaps one reason for that, but the more sophisticated numbers are again instructive. Carlo Ancelotti’s men have given up three expected goals (a measure of chance quality), which suggests they deserve to have conceded three times so far.

Pellegrini is a manager who wants his teams to dominate the ball and be proactive whenever possible. We are only three matches in but Betis rank fourth for possession so far, behind only Madrid, Barcelona and Sevilla. They will undoubtedly have less of the ball at the Bernabeu, but they will not simply sit back and try to spoil. Their three wins so far will give encouragement to Betis that they can cause Madrid one or two problems going forward.

Ultimately, though, they will probably come unstuck. Los Blancos have that useful knack of being able to win even if they are not at their best, and the firepower provided by Benzema, Vinicus Junior and co. is difficult to stop. With that in mind, back a home win and both teams to score on Saturday.

How to Watch Real Madrid vs Real Betis