Real Salt Lake Vs Austin FC: Managers And Players Need To Be A Bit Braver In Their Play 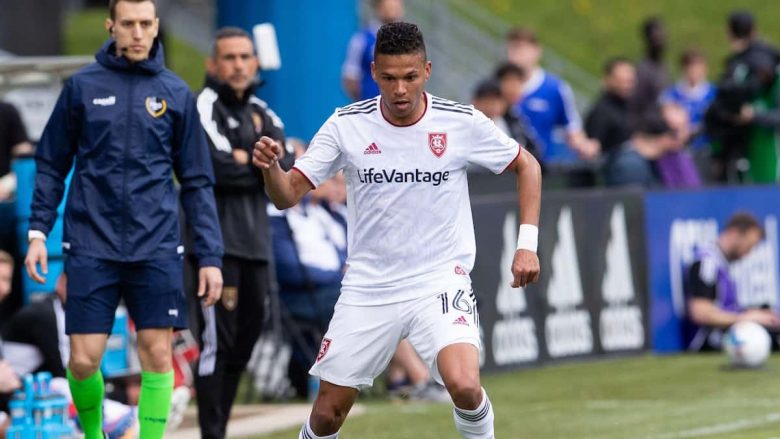 Although they have seven points each, one side needs to win more than the other. Real Salt Lake is currently seventh in the western conference standings. They can’t afford more points as the regular season draws to a close.

Austin FC currently sit in second on the western conference standings, but they are seriously out of form. Although they are slight favourites heading into the match, it doesn’t mean much as Real Salt Lake is more desperate for a win. Both sides have met only three times, with Austin FC winning the first match and Real Salt Lake taking second. For this match, we are just moving towards Real Salt Lake.

The last meeting between these two sides was held back in May. Real Salt Lake won with a score 2-1.

It was a frustrating day for Austin FC, who had taken the lead in the 24th minute thanks to a Alexander Ring strike but it was all for nothing after Daniel Pereira got sent off in the 48th minute. The tide of the game shifted ever so quickly with Maikel Chang scoring the equalizer just seven minutes later before Andrew Brody scored the winner in the 88th minute.

Real Salt Lake took a lot from the tie, and they will feel confident again.

Austin FC fell to Seattle Sounders in their third consecutive game. With Seattle Sounders winning the game, it doesn’t seem like much of a blip. Raul Ruidiaz got a brace within 34 minutes and then it was just a case of holding onto what they had.

The second half was a nightmare for Austin FC. Ruben Gabrielsen made a mistake and scored the Seattle Sounders’ 3-0 win. The playoff record of Austin FC is now in serious doubt.

Defense Needs to Be Improved

Austin FC must make changes to the game. It has to begin at the back. They’ve now conceded three goals in two of their last games, which is unacceptable for a team that once looked poised to be at the top of the Western Conference table.

There might not be much at stake for Austin FC in the next games, but the team is developing bad habits. It’s difficult to break the cycle of complacency that has set in once it does. It was necessary for them to be more difficult to score against. It will be a matter of quality in the forward line.

Sebastian Driussi Must Start Turning up

Sebastian Driussi was the favorite for the MLS gold boot a few weeks ago, but Austin FC and Driussi have lost their focus in recent weeks.

Hany Mukhtar is now the leading scorer of the season, and Driussi doesn’t seem to be in a position to match him. It’s been a great season for him and Austin FC would be disappointed if he didn’t get more.

He needs to get back to basics. Instead of worrying about the future, he should just be patient and wait to see what happens. Although his underlying numbers indicated he was performing well, it is still odd that he has not had a goal in two weeks.

Freddy Kleeman is out. The only player out is Freddy Kleeman, who has an ACL injury. He won’t return until December.

Real Salt Lake drew a 0-0 draw against DC United last weekend. Real Salt Lake will be disappointed with the result. DC United isn’t the most powerful side in the league, so the team needed them desperately.

They will now need to travel to Austin FC in order to collect the points. This is a huge missed opportunity. Real Salt Lake’s defense was that David Ochoa, DC United’s goalkeeper, had an excellent game, saving seven goals on the night. It wasn’t because they weren’t trying hard enough to draw for Real Salt Lake.

Ochoa played well for DC United, but Real Salt Lake has been struggling in front of goal all season.

Sergio Cordova has been their top scorer this season with just eight goals to his name, which is 12 fewer than the man leading the line for Austin FC. Justin Meram has six assists and there isn’t any lack of creativity at the end. The next season will reveal which areas require investment. Real Salt Lake is just hoping this does not cost them their place in this year’s playoffs.

Drawn Too Many Games This Season

With 10 draws to their name and three in their last six matches in the MLS, Real Salt Lake games can be a really frustrating watch. They are more careful and have a harder time deciding on the games they want to play. Their inability to make decisions on the next games is due to their cautious approach.

They need to expand their game or they will be caught up by the other teams with only a few more games. Manager and players must be more courageous in their play.

They’ll be facing an Austin FC team that has lost its sparkle in recent matches and who have overperformed all season. They don’t need much respect. The players must make a strong statement during the first half of the match and take full control. They will be rewarded with more chances. They can’t wait to win this game and take a safety-first strategy.

Left-back Zack Farnsworth is out of action since February. Damir Kreilach, a central midfielder has been sidelined since April due to a back injury. Since June, Bobby Wood, center-forward has had a tear in the abductor muscle.

How to Watch Austin FC vs Real Salt Lake