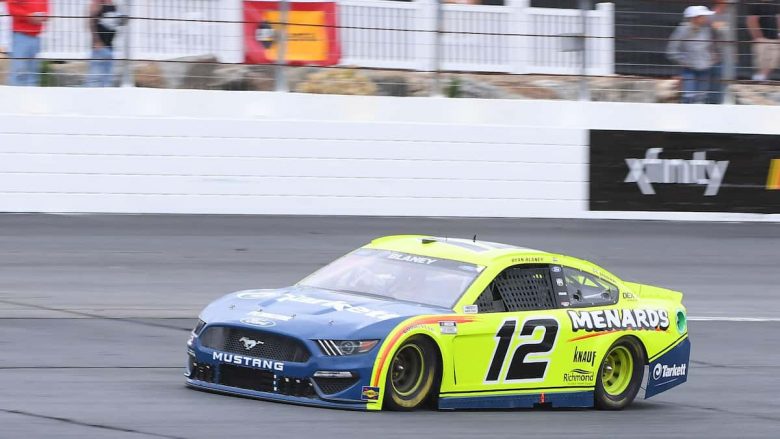 , , , , , Sunday’s NASCAR Cup Series race at Phoenix Raceway will be a highlight for crew chiefs as well as drivers. Why? Why? Because in November the Championship 4 race at the Sonoran Desert track will be held. That race will determine the series title. By then, though the NASCAR Cup Series team will have made significant progress in developing the Next Gen car, their notes from this weekend will remain the only baseline data available for the car.

Sunday’s Ruoff Mortgage 500, the third and final event of the West Coast Swing, will be contested over 312 laps (312 miles), with stage breaks scheduled after 60 and 185 laps. Martin Truex Jr. was the previous winner.

Ryan Blaney Starts from the Pole, Hoping to Change His Racing Luck

Ryan Blaney has shown excellent speed in each of the first three NASCAR Cup Series races this season, but the driver of the No. 12 Team Penske Ford has very little to show for it.

In the season-opening Daytona 500, teammate Austin Cindric blocked Blaney’s charge to the finish line and claimed the victory, as Blaney finished fourth. At Fontana, he started sixth but came home 18th.

Last Sunday at Las Vegas, Blaney crashed out of the race in 36th place after spending 10 laps in the lead. Blaney has a consistent fast car and all he needs to win Victory Lane is some good luck.

On Saturday, he won the pole for the Ruoff Mortgage 500. We think Phoenix could be the right place to help Blaney get his turnaround. In 12 starts at the one-mile track, Blaney boasts three top fives and seven top 10s, with a best finish of third (twice).

At +650 to win via DraftKings Sportsbook, he’s definitely worth a shot.

Denny Hamlin is poised for another strong run at Phoenix Raceway

But for Larson’s opportune caution, and the lightning-fast pit stop, Denny Hamlin could have won the championship race. Hamlin, who was second in the race at the time of the caution gained quickly on Martin Truex Jr The yellow flag intervened to end Hamlin’s hope for another title. Hamlin’s one-mile speed is not to be overlooked. In 33 starts, Hamlin has 16 top fives (including two wins) and 20 top 10s.

On Saturday, he improved dramatically between practice and time trials and qualified second to Ryan Blaney. We think Hamlin is due for a win in the desert, and at +650 via DraftKings, he’s an excellent value.

And, incidentally, we’re not enthusiastic about favorite Kyle Larson (+450), who qualified seventh. Larson is commuting between Phoenix and Tulare, California, where he’s racing a 410 sprint car in World of Outlaws competition.

Larson will be racing at Tulare Saturday night. He’ll also lose an hour to Daylight Savings Time. The clocks move forward into the early hours of Sunday morning.

Austin Cindric was fast in practice in Phoenix, and he backed up that performance with an eighth-place qualifying effort on Saturday.

Yes, the 2022 Daytona 500 winner will make his Cup Series debut at the one-mile track on Sunday, but in the last three Xfinity Series races at Phoenix, he finished first, first and second.

That’s the main reason why Cindric is our top long-shot pick to win at +2000 via DraftKings Sportsbook, even though his odds have shortened after the strong qualifying effort. Although he was not on our radar, everyone now knows of his potential.

And, incidentally: We think that the best proposition on the board between Kurt Busch (DraftKings) and Chase Briscoe is the head to head.

We like the veteran Busch at +120 (DraftKings), even though he starts 15th to sixth for the rookie.

How to Watch Ruoff Mortgage 500