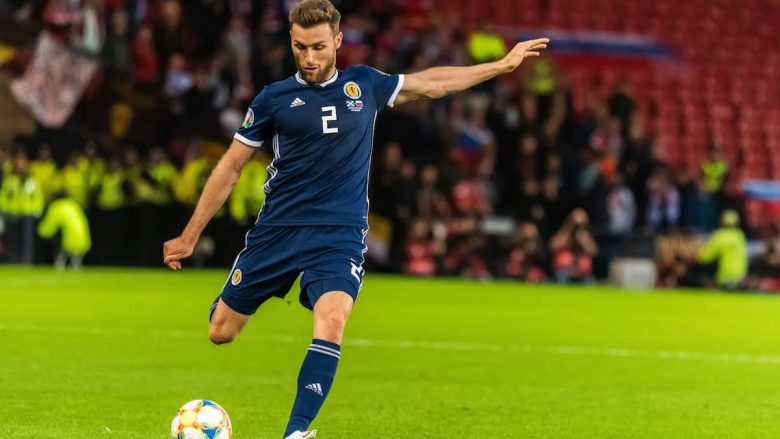 This match was originally scheduled to take place two months ago. However, Russia’s invasion in Ukraine made it impossible to play a World Cup playoff. FIFA tossed out Russia. Ukraine can count on the international support to help them in spite of all the turmoil back home.

Arrigo sacchi, an Italian legend, once stated that football is “the most important of all the less important things in your life.” This quote will be proven true on occasions like these. A World Cup playoff is irrelevant in the big scheme of things. This will not end the conflict in Ukraine or bring back the victims of the violence.

Yet, such events matter greatly. This is the opportunity for the Ukraine national team to make the country proud. They will be proud to sing the national anthem before kick-off and look up at their fellow players in the Hampden Park away team. Their World Cup dreams will not be lost.

Ukraine reached the play-offs after finishing second in Group D. France finished the campaign with six points less than Ukraine, one point ahead of Finland. Ukraine didn’t lose one of eight games. Six of them ended at the same score. This team is proving to be difficult to beat.

Scotland Starting to Dream of First World Cup in a Generation

When they competed in the European Championship last summer, Scotland ended a 23-year wait for an appearance at a major tournament. They did not fare particularly well at Euro 2020 (held in 2021 due to the Covid-19 pandemic), finishing bottom of their group and becoming one of only eight sides to suffer elimination in the group phase.

But their appearance at Euros only fueled Scotland’s desire for more. They have not played at a World Cup since 1998 and will be desperate to bring that wait to an end this year. With a seven point advantage over Israel, they finished second in Group F. Scotland conceded only seven goals in their 10 qualifiers, and kept a clean sheet in three of their five games at Hampden.

This small country of 5.5million has had more top-class players over the years than most, such as Denis Law and Kenny Dalglish. Andy Robertson is the current player that fits this description. He will hopefully win the Champions League together with Liverpool just a few days prior to the play-off.

But there can be no doubting the character of the team overseen by Steve Clarke, who has done a fine job since being handed the reins in 2019. Scotland now dream of making it to the World Cup for the first time in their history. Indeed, Aaron Hickey, Billy Gilmour and David Turnbull weren’t even born at the last World Cup.

Ukraine Not Lacking Motivation, But It Might Not be Enough

Scotland will not have Kieran Tierney in this crucial clash. This is huge considering the Arsenal’s importance. Gilmour will be in the squad, despite an ankle injury. Nathan Patterson can now participate due to a similar problem.

Ukraine played in friendly against Borussia Monchengladbach (the German club side). Nevertheless, there will be some players who are not match fit. Anyone working at home has had very few chances to get out on the soccer field in recent months. Even though Oleksandr Pettrakov has been able to spend a few weeks with some players, stars from overseas, such as Oleksandr Zinchenko, a Premier League winner with Manchester City, have just joined the group.

Ukraine will be motivated on Wednesday. However, Scotland will be determined to win. Hampden Park is a difficult place to defeat, and it creates an amazing atmosphere at times like these.

The Ukrainian public in Glaswegian will be friendly, but they will never reciprocate once the whistle blows. Support Scotland for victory on Wednesday
HTML5_ Bet on World Cup here!

How to Watch Scotland vs Ukraine