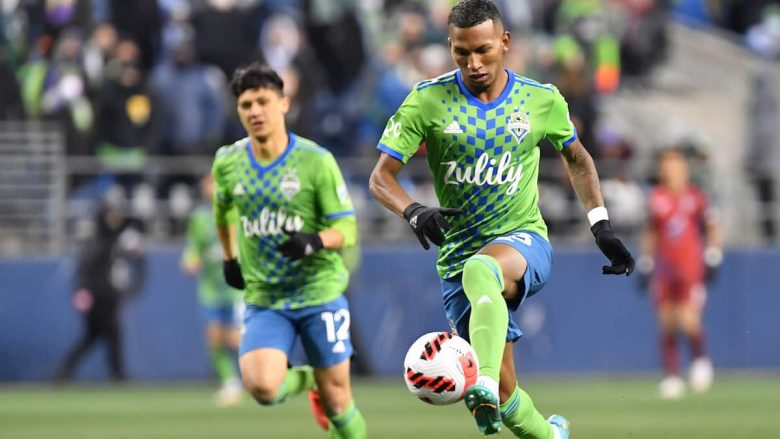 The two sides have got very different aims with the regular season coming to an end soon. Seattle Sounders FC are hoping to make it to another playoff but things are a bit tricky at the moment as they sit in ninth place on the Western conference standings. Austin FC will be hoping to hold on to their second position on the Western Conference table with Los Angeles too far away for them to catch up.

If you are looking to deepen your understanding of how to bet on soccer – check out our guide!

The last meeting between the two sides took place back in March and ended in a 1-1 draw. Will Bruin got the first goal of the game for the Sounders just before half-time before Diego Fagundez’s well-deserved equalizer in the 70th minute. Austin FC were by far the more dominant side on the day, taking 19 shots with eight on target compared to the 11 shots from the Sounders with only four on target. Austin FC also had 60 percent of the possession on the day.

Seattle Sounders FC Get Back To Winning Ways

The Seattle Sounders desperately needed a win to keep their title hopes alive and that’s exactly what they got on the weekend against Houston Dynamo FC. It had the makings of another bad day in the office when Daniel Steres put the Houston Dynamo up in 26 minutes but an excellent second half with goals from Nouhou Tolo and Fredy Montero was enough to get the Sounders all three points.

Lack Of Goals Still An Issue

Jordan Morris and Raul Ruidiaz are the club’s top goalscorer for this season with seven goals each, which just about sums up the problems the Sounders have had all season. The regular season is almost coming to an end but it doesn’t look like they’re going to have a player hit double digit goals. Nor is the team’s defense strong enough to nick wins by small margins.

Their opponents on the weekend have got a man who’s scored 20 goals, which goes to show what separates the two sides at the moment. Morris has got an expected goal value of 9.2, which shows some underperformance but even matching the underlying numbers wouldn’t suggest that he’s doing enough going forward.

Nicolas Lodeiro Has Done His Bit

The team certainly doesn’t lack creativity. Nicolas Lodeiro has scored five goals but more importantly provided eight assists. That number could’ve been a lot higher if there was someone willing to get on the end of his balls. It’s something the side will have to look into next season.

Central midfielder Joao Paulo has been out with a cruciate ligament injury since May and teenager Obed Vargas has been out since June. Cristian Roldan has also been out since late last month. There are no expected return dates for any of them.

High-flying Austin FC suffered their second defeat in succession on the weekend and quite brutally, losing 3-0, to an in-form Nashville SC side. Walker Zimmerman opened the scoring for Nashville in the 49th minute with a great header before Hany Mukhtar scored a brace right at the end.

Austin FC were chasing the game but losing 3-0 never looks right. The team certainly needs to work on its transition defense as it was too easy for Nashville SC in the end.

Driussi Is No Longer The Favorite For The Golden Boot

The loss to Nashville SC didn’t just cost Austin FC some points but also put Sebastian Driussi’s golden boot charge under threat. For a few weeks, it looked like Driussi was certainly going to win the award but Hany Mukhtar’s brace has put him on top of the golden boot race with one more than Driussi’s 20. Driussi was scoring at an unsustainable rate all season and this seems to be a case of regression to the mean.

There’s no doubt that Austin FC have massively overperformed all season. Their 60 goals have come from an expected goal value of just 43.5 and they have an expected goal against value of 47.6 but still managed to only concede 42. This is a ridiculous overperformance and was never likely to last. If their aim was merely to make the playoffs, this shouldn’t matter much as that’s been sorted for a while but Austin FC might’ve been dreaming of taking their regular season form into the playoffs.

The blip couldn’t have come at a worse time. Confidence is massive in soccer. A few losses can lead to a slide that’s hard to recover, especially when the underlying data suggests that the good form was never sustainable to begin with.

Moussa Dijjte will be out for a game due to a red card suspension. Maximiliano Urruti has got a knock and Freddy Kleeman is nursing an ACL injury.

How to watch Seattle Sounders FC vs Austin FC