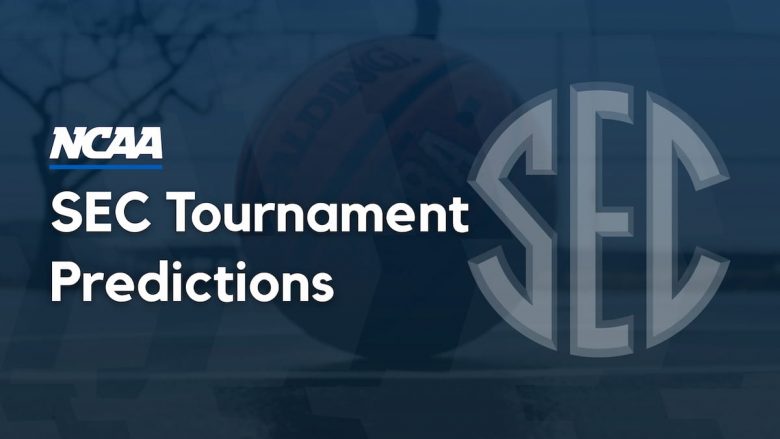 Favorites to Win the 2022 SEC Tournament

The Kentucky Wildcats finished the season second in the SEC with a 14-4 conference record. Even though they did not win the SEC regular season title, they are still ranked seventh in the nation and have the best odds to win the SEC Tournament at +190.

Kentucky owes a lot of their success to Oscar Tshiebwe. After transferring from West Virginia, Tshiebwe will be playing his first season in Kentucky. He has become one of the most talented forwards in America.

He scored 17.3 points per game, fourth-best in the conference, and 15.3 rebounds per game led the nation. Tshiebwe’s impact on the defense side is quite impressive. Tshiebwe leads the Wildcats in steals and blocks with 1.5 per game.

I can’t talk about Kentucky’s offense and not mention Sahvir Wheeler, Kentucky’s point guard. Wheeler, a true point guard, is the one in charge of this offense. Although he only averages ten points per game, he is one of the most efficient passers in the SEC. He also has an average of 6.9 assists per game. This offense runs efficiently without Wheeler, and that is crucial to its success. Kentucky’s defense may not be the most effective, but it is adequate. They allow 65.7 points per game and do not create many turnovers. Despite their weak defense, they are strong enough to compete against the SEC.

I know this isn’t a controversial decision, but Kentucky will win The SEC Tournament. Their roster is the strongest in the conference, and they don’t have any missing key players.

The Auburn Tigers won the SEC regular-season title with a 15-3 conference record. They rank fifth nationally and are +260 likely to win the SEC Tournament.

Auburn is ranked fifth in the country and has one star for offense, one for defense. Offensively, forward Jabari Smith leads the Tigers in scoring at 17.1 points per game. In addition, he averages 6.9 rebounds per match. Walker Kessler, Auburn’s forward, is a strong defensive anchor. Kessler can shoot well from the field but is best at protecting the rim. He averages 4.5 blocks per match at 7’1″, which is second in the nation.

Even though Walker Kessler is the Auburn defensive anchor, they must improve their ability to stifle opposing offenses. The Tigers allow 67 points per game. 67 points is not an outrageous number, but they will need to play better defense if they face top teams in March Madness.

No matter how Auburn does in the SEC Tournament they will still be a seed for March Madness. Their region may have them as the #1 team.

The Tennessee Volunteers ended the regular season third in the SEC. They had the same 14-4 conference record as Kentucky, but Kentucky won two more non-conference games. Tennessee is ranked 13th in the country and has +330 odds to win the SEC Tournament.

Tennessee had an outstanding season, but did not have a star. Their highest scoring player, guard Kennedy Chandler, only averaged 13.7 points per game. Even though the Volunteers are without a star player, they still average 73.6 points a game.

Tennessee’s true prowess lies in defense. They allow 63.3 points per game in the tough SEC. Although it’s not the most efficient defense in the SEC.

The Volunteers are proving they can play defense but need to be better at offense to have a strong March Madness run. They hit 42.9% of their shots from the field. If they have to face a team in the top ten, that will be not enough.

Where is the 2022 SEC tournament being held?

The 2022 SEC Tournament will be held at Tampa’s Amalie Arena in Florida. Amalie Arena, a multipurpose indoor arena that is home to the NHL’s Tampa Bay Lightning, serves multiple purposes. It was also home to the Arena Football League’s Tampa Bay Storm from 1997-2017.

The NBA’s Toronto Raptors also competed there last season when they could not travel between Canada and the United States because of Covid-19 restrictions.

The arena has a seating capacity of 20,500 for basketball games.

Where can I watch/stream the 2022 SEC tournament?

The SEC Tournament will be shown on the SEC Network. ESPN and Sling TV.