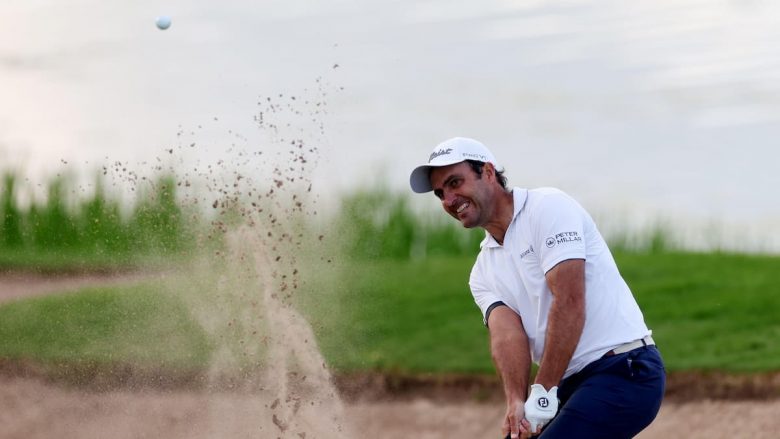 SoudalSoudal HTML3_Golf bettors often squint when there is a new tournament on the calendar.

There is usually no form that you can rely upon and if it does, it’s a very old one.

This week, the DP World Tour makes its debut with the unfamiliar-sounding Soudal Open.

However, even though the name has been changed, golfers in Europe might recognize Rinkven International, Antwerp.

This was an unusual format. The first round of strokeplay became regular strokeplay, and then the stage featured six rounds each of nine-hole strokeplay.

In effect, it is the Belgian Open, but sponsored by Soudal, a major producer of adhesives and sealants.

The Belgian Open was part of the tour schedule from 1978 but hasn’t been played as a strokeplay event since 2000 when Lee Westwood won by four shots at Royal Zoute.

Rinkven international actually has two courses. This week, a combination of both is being used.

The track is fairly flat and tree-lined. It measures just 6,924 yards and has small, undulating greens.

Back Molinari for the Win

An Italian won the last edition of this event in 2019 and I’m going to back another Azzurri this week.

Edoardo Molinari has suffered plenty of struggles since being a part of Europe’s winning Ryder Cup team alongside brother Francesco at Celtic Manor in 2010.

In that rise we’ve seen him finish tied eighth at last year’s British Masters, tied second in the 2021 Porsche European Open, tied fifth in his home Italian Open and tied sixth at the Catalunya Championship in Spain two starts ago.

Going back to October’s Andalucia Masters, Molinari has made 10 of 12 cuts and finished tied 27th or better in half of those.

His iron play is the key. The 41-year-old, whose last win came at the 2017 Trophee Hassan II in Morocco, ranks 11th for Strokes Gained: Approach this season.

He’s also 24th in Strokes Gained: Tee To Green so it just needs a decent week on the greens for him to contend.

Molinari did just that at the Catalunya Championship where he ranked 17th for SG: Putting so it’s in him to get the blade working.

When this tournament was last held in 2019, the three-time DP World Tour winner shot 71-68 to finish tied 35th in the regular strokeplay section so that helps his cause too.

Like most Italian players he’s comfortable in the trees having grown up playing woodland tracks so let’s back Molinari for the win at +4500 with Caesars Sportsbook.

Last week’s match was a tie. Richard Bland and Laurie Canter, both from England, missed the cut at 1-over.

This week, I will try to get back on track in an all-French matchup.

My money is on Victor Perez who was matched against fellow Spaniard Antoine Rozner.

Perez is a great player with a strong pedigree. He already has a pair top fours at World Golf Championship events, and tied ninth at the Players Championship last year.

Perez’s game is improving and his results are showing it.

Perez was tied eighth at last month’s ISPS Handa Championship in Spain while he added tied 21st in last week’s British Masters at The Belfry.

His Strokes – Tee to Green numbers were outstanding in both.

As for this week’s course, Perez played it in both 2018 and 2019, shooting 69-67 in the former before eventually finishing sixth.

Rozner tends to be at his most effective in desert events, which are often very different from the enclosed areas he will encounter this week. In the past two weeks, his form was particularly poor and he missed the Catalunya Championship as well as the British Masters.

He shot a second-round 81 in Spain and opened with a 77 at The Belfry.

Perez holds the aces so back him to win their 72-hole match at -135 at DraftKings Sportsbook.

Take Zanotti for a Top 10

Fabrizio Zanotti hasn’t played this venue before but it’s just the sort of test that would appeal to the Paraguayan.

The big appeal – and it’s why I’ll play him for top 10 rather than top 20 – is that he ranked 1st for Strokes Gained: Tee To Green at The Belfry (another tree-lined track) last week.

That tied Zanotti for eighth place and he seems capable of repeating that feat.

How to Watch Soudal Open