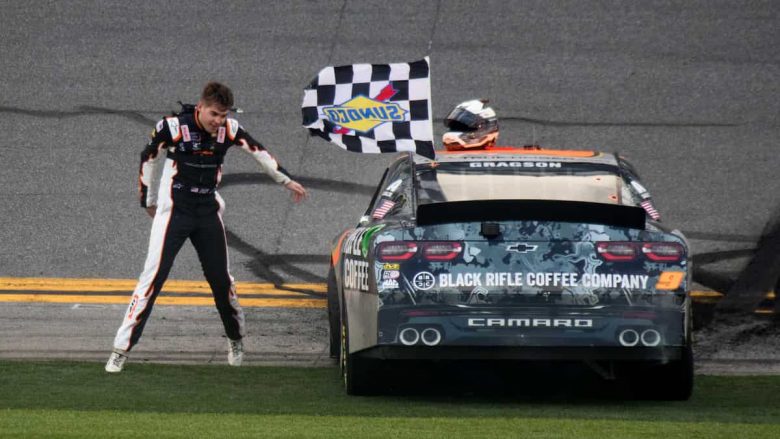 *) , , , , After a week of rest, the NASCAR Xfinity Series travels to Texas Motor Speedway in Texas for a Saturday race just before the NASCAR All-Star Race. The SRS Distribution 250 is the 12th event of the season, and those who haven’t won yet are starting to feel desperate.

Saturday’s race will be contested over 167 laps (250.5 miles), with stage breaks after 40 and 80 laps. Kyle Busch was the winner of last year’s race but he will not be entered for this year’s Xfinity.

It’s not hard to pick the favorite for Saturday’s SRS Distribution 250 at Texas Motor Speedway. The pole-position driver will be the one to watch.

That was all it took to convince Gragson, a twice-winner this year, to be our choice to fly the checkered flag.

In his three Texas starts, Gragson finished third, seventh and third. Gragson is expected to find Victory Lane on Saturday for the first-time at the track.

Oddsmakers have Gragson as co-favorite at +400 (DraftKings Sports) with rising NASCAR Cup star William Byron, who is moonlighting in the lower series this week.

But we love the Xfinity Series regular at the fast Texas track.

These bullet points are: First, Ryan Truex was the fastest during NASCAR Xfinity practice Friday afternoon.

Second, Truex was fifth in time trials. Truex drives the No. 18 Joe Gibbs Racing Toyota, one of the best cars in the Xfinity garage.

Truex is equipped with the right equipment to win this race, provided he overcomes his impatience and a burning desire to succeed behind the wheel.

Truex is a strong candidate to win Texas with Jason Ratcliff serving as his crew chief. He’s also attractively priced. He’s +1500 to win and +400 to run in the top three, both via DraftKings.

Truex, if you like the Toyotas more than the Chevrolets in the race, is well worth the play.

Even as Xfinity Champion Daniel Hemric is Still Looking for Validation

By now you should know the whole story. Daniel Hemric took home the NASCAR Xfinity Series championship in a dramatic upset at Phoenix Raceway last year.

Hemric still seeks a second career victory after he switched from Joe Gibbs Racing and Kaulig Racing. In 11 races this season, he has finished in the top five just once–at 1.5-mile Las Vegas.

In his two Texas starts, Hemric placed fourth and second. We think Hemric is due for another strong run Saturday even though the Kaulig gear has not been at the top of this year’s speed charts.

How to Watch SRS Distribution 250