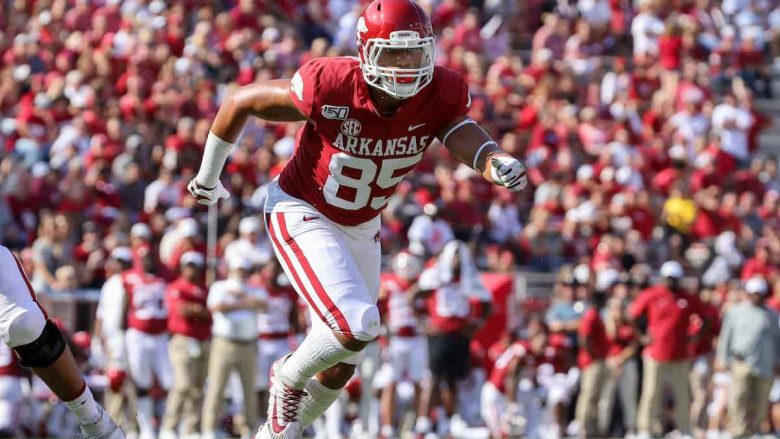 *) , , , . The USFL’s week 6 begins with a double feature Saturday. This is a battle of the South against the North. It marks the start of the second half of the spring football season.

The Bandits won their third game with QB Jordan Ta’amu’s impressive air and ground skills. This Tampa Bay team is currently fighting for second place in the South Division.

Last week, the Stars got to be the 5th team to fall to the hometown Birmingham Stallions, the result of a weak second half with zeros on the scoreboard, the final score, 17-30, not the fault of the defense but more of QB Case Cookus who completed just over fifty percent of his passes. Here are our predictions and odds for the Bandits vs Stars. Good luck!

Can the Bandits stop the Stars’ Passing Attack.

One of the keys of victory for Tampa Bay will be to stop the Stars passing attack that averages almost 206 yards through the air per game, which happens to be just how much the Bandits defense allows opponents to throw for each time (205.4), too much to get the victory, though. Expect Philly to have a better pass attack as Case Cookus, their new QB, learns the offensive plan from Bart Andrus. However enough video footage is available for Cookus since he’s only started two games this season after Bryan Scott was injured.

In Week 6, Philadelphia will be facing a Bandits rushing attack that averages 90.8 yards on the ground per game, much of that coming from RB Juwan Washington who has almost 50 carries on the season for 158 yards and 3 touchdowns, averaging 3.2 yards per carry in the USFL.

Problem is the Stars struggle against the rush, so far having allowed opponents to run for 193 yards per game, a weak spot that the Bandits will no doubt enlist Washington to exploit, with Philadelphia allowing the teams they play to put 25 points on the scoreboard each game.

Fortunately for Philly, their roster includes the leagues fourth-best tackler this season – linebacker Josh Banderas – a 6′ 3″ 240-pound 27-year old pro who has spent some time in the CFL, now with 41 total tackles, 2 sacks, and a fumble recovery for the Stars in 2022.

One of the league’s top-20 receiving targets has been Tampa Bay Bandits tight end Cheyenne O’Grady, right now having caught for 180 total yards from 16 receptions off 22 targets, the sizable pass-catching end a tough to tackle player who has earned 104 yards after the catch.

The connection between Bandits QB Jordan Ta’amu and O’Grady seems to be developing, a relationship counter-balanced by the TE’s willingness to block during run and scramble plays, his Gronk-like skills adding to a Tampa Bay offense that averages 250 total yards per game.

Another bright spot for Tampa Bay’s pass offense is wide receiver Derrick Dillon who so far has caught 12 balls for 213 yards and two touchdowns, the 26-year old LSU alum who stands at 5′ 11″ and weighs 185 pounds and spent some time in the NFL’s New York Giants training camp.

Currently, the 12th most productive running back in the USFL is Philadelphia Stars’ Paul Terry, a 24-year old Eastern New Mexico alum who was drafted in the 10th round by the Stars front office, the 5′ 8″ 205-pound dual threat back now a huge part of HC Bart Andrus’s offense.

In the four games that Terry has had carries, he has rushed the ball 27 times for 164 yards and a rushing touchdown averaging an impressive 6.1 yards per carry, production enhanced by his ability to run short routes and act as a checkdown receiver for QB Case Cookus.

Terry ranks 15th in the league in all-purpose yards, with 302 total yards of offense including those 164 rushing yards and 120 receiving yards, averaging 30 yards in the air per game, plus he has 18 kick return yards, a valuable multi-tooled player in this league of smaller rosters.

How to Watch Bandits vs Stars

Bandits vs Stars Information What Tampa Bay Bandits vs Philadelphia Stars Where Protective Stadium in Birmingham, Alabama When Saturday, May 21, 2022; 12: 00 PM ET How to watch NBC