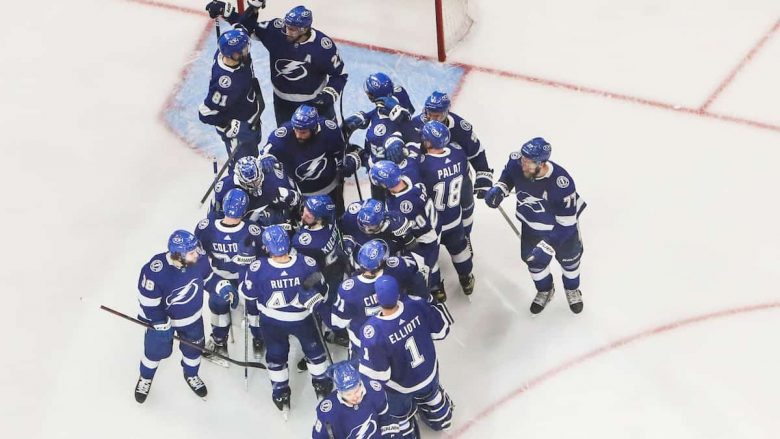 The Tampa Bay Lightning will face the New York Rangers in the Eastern Conference Finals. Both of these teams had strong regular seasons and finished with 110 points. Even though they finished with the same amount of points, the Lightning beat the Rangers all three times they faced them this season.

The Tampa Bay Lightning faced the Toronto Maple Leafs in the First Round. They were down 3-2 after five games but won Game Six 4-3 in overtime. The Lightning took advantage of a discouraged Maple Leafs squad and squeaked out a 2-1 Game Seven win. Tampa Bay had a much easier time against the first-place Florida Panthers in the Second Round. Even though the Panthers were the best team in the league during the season, the Lightning swept them and outscored them 13-3.

The Lightning have seen their most productive Playoff performances come from Nikita Kucherov and Victor Hedman. Kucherov has scored four goals and has 11 assists, and Hedman has two goals and eight assists. I would be remiss if I also did not mention Steven Stamkos. The center has four goals and four assists with a +/- of two.

Andre Vasilevkiy has started every Lightning Playoff game in net and been outstanding. He is only giving up 2.23 goals and has a save percentage of .932.

The New York Rangers have probably been the most surprising Playoff team. It looked like their season was over in the First Round after being down against the Pittsburgh Penguins 3-1 after four games. They scored 14 goals in the next three games and beat the Penguins in seven. They faced an even more difficult challenge in the Carolina Hurricanes in the Second Round. New York lost their first two games on the road before winning the next two games at home. They would go on to lose Game Five in Raleigh before upsetting Carolina with two straight victories to win the series.

The Rangers, like the Lightning, have seen a lot of strong goaltending. Igor Shesterkin has started almost all of their Playoff games and is only giving up 2.68 goals per game. Shesterkin has kept the Rangers in many games they had no business winning.

The Lightning have won six games in a row and are very well-rested, so they will win this critical Game One.

The Tampa Bay Lightning are the favorites but will only win if they tire out the Rangers and slow down Chris Kreider.

The Rangers have played 14 games in two rounds, while the Lightning are coming off a four-game sweep against the Panthers. New York is playing on two days of rest while Tampa Bay is well-rested and played their last game over a week ago. The Lightning have a solid opportunity to use their fresh legs to tire out the Rangers and would be dumb not to.

Chris Kreider scored two goals in the Rangers’ 6-2 Game Seven win over the Hurricanes. Kreider has become a points machine in the Playoffs and a dangerous scorer. The Lightning defensemen need to slow down Kreider and force him to look to his teammates.

The New York Rangers are underdogs but coming off a Game Seven win against the Hurricanes. This will be an uphill battle, but the Rangers will win if they draw penalties and score the first goal.

The Rangers are converting almost ⅓ of their Playoff power-play attempts and over 27% of their goals have come on the power-play. The Rangers have to do whatever it takes to draw penalties and convert when on the man advantage.

Victor Hedman leads the Lightning defense. The 31-year-old veteran is a 4x All-Star and has ten points in the Playoffs.

Hedman needs to set the tone in this game and take charge of the Lightning defense. If the defense is successful, it will be because of Hedman’s leadership.

Andrew Copp is coming off a one-goal, one-assist Game Seven win. He has been one of the Rangers’ most efficient players in the Playoffs.

Copp is not the Rangers’ primary scorer but has scored six goals in the Playoffs. The Lightning defenseman will probably not pay much attention to him, so he will have a handful of scoring opportunities. If Copp converts on just one of those opportunities, it will be a productive game for him.

How to Watch Tampa Bay Lightning vs New York Rangers