The Netherlands And Poland Could Be Playing Each Other 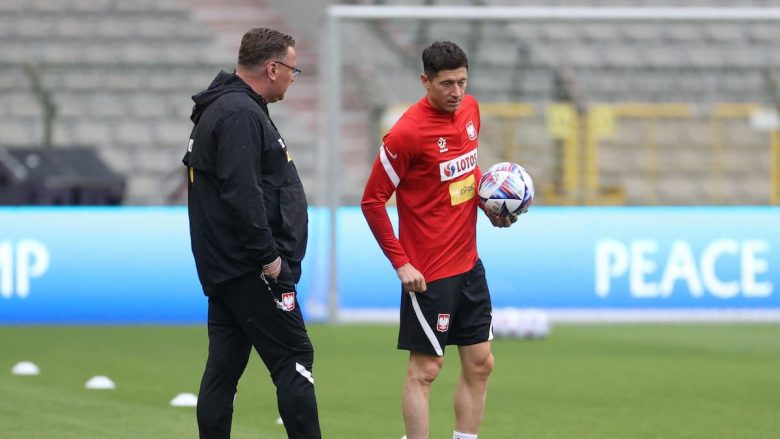 The Netherlands look like potential dark horses for World Cup

The Netherlands are back. A failure to qualify for Euro 2016 and the 2018 World Cup forced the country to ask itself some difficult questions. Most nations of comparable size accept that they will miss out on tournaments from time to time, but a population of 17.4 million is not the only relevant factor when discussing Dutch soccer. It has an extensive history that has had a significant influence on how the sport is played in the Netherlands.

The road to recovery from the twin qualifying failures was not easy. The Netherlands advanced from the group phase of Euro 2020 with a minimum of fuss but suffered a surprise defeat by the Czech Republic in the round of 16. Frank de Boer was in fact dismissed as national team manager. He had not been fully convinced. Louis van Gaal was appointed in his place, but it wasn’t to everybody’s taste. This is the 70-year-old’s third spell in charge of his country. In his first, the Netherlands failed to qualify for the 2002 World Cup.

Twelve years later, they finished third at the tournament in Brazil. Yet he had been out of work for five years by the time the Dutch came calling in 2021, and many fans would have preferred a younger compatriot (a foreigner has not managed the Oranje since the Austrian Ernst Happel in the late 1970s) to get the job.

However, a feeling of cautious optimism surrounds the Netherlands as the 2022 World Cup approaches. The mood has been lifted by two wins in the Nations League and a 4-1 win over Belgium on matchday 1. The Dutch are becoming potential dark horses to Qatar.

Poland can keep up an excellent scoring record on Saturday

Poland will have less ambitions for this year. In recent tournaments, they were also regarded as dark horses – which makes sense. They have Robert Lewandowski, one of the most talented players in soccer. The team was not a pure one-man show, as key players came from different areas. Yet Poland disappointed at the 2018 World Cup and Euro 2020, crashing out in the group stage of both competitions.

Maybe things will change in Qatar. It will probably be Lewandowski’s last appearance at a major tournament, although participation at Euro 2024 is not out of the question. After finishing second in Group I of the European Qualification process for Qatar’s first stage, Poland beat Sweden in the play off final. They were granted a bye to the semifinals following Russia’s expulsion.

Poland have been drawn alongside Argentina, Saudi Arabia and Mexico at the 2022 World Cup; the battle for second spot will probably be between them and the Mexicans. Many nations are treating the Nations League as a warm up for November and December. It has had mixed results: Poland won 2-1 over Wales, followed by Belgium’s 6-1 defeat.

Poland has much to prove, considering that Wales was named as a very weak starting XI. Rotterdam’s positive outcome would prove to Argentina and Mexico that Czeslaw Mikniewicz is serious about his team.

Both Teams Will Score the Best Bet in This Group A4Clash

Poland is a team that can score goals. Although there were few positives from the 6-1 defeat by Belgium, Poland still managed to score at least one goal. They have now done so in each of their last 20 matches, a run which the likes of Italy, England, Germany, Portugal and Spain cannot match.

The problem for Poland lies at the opposite end of the pitch. Since the middle of November 2020, they have only managed to keep clean sheets against Andorra, San Marino and Albania, two of whom are among the world’s weakest teams according to the FIFA Rankings. Six goals conceded to Belgium by Michniewicz shows how weak Michniewicz is at the back.

The Netherlands will be excited to score a goal against Poland this Saturday. They have scored two goals or more in eight of their last 10 matches and are playing with the sort of verve and imagination that is traditionally associated with the Oranje (although Van Gaal’s choice of formation is not always to the taste of the purists among the Dutch public).

Both sides to score is how you should go. The Netherlands will be able take advantage Poland’s weak backline on their home turf, although Lewandowski has a solid track record in finding the net.

How to Watch Netherlands vs Poland