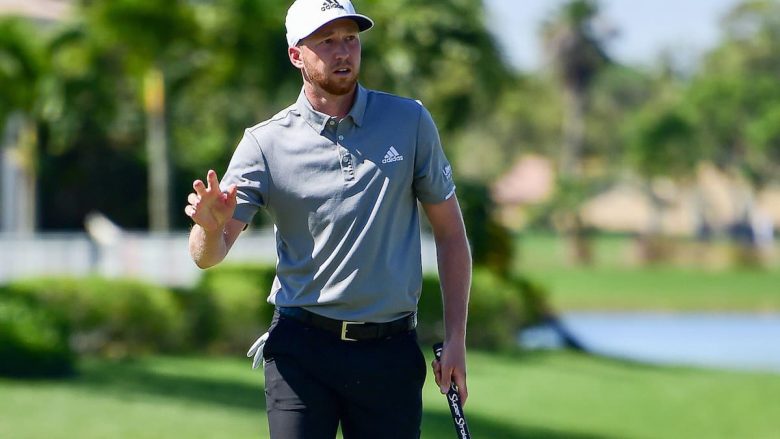 It’s been a year of dispute and controversy on the PGA Tour so this week’s visit to the circuit’s headquarters in Ponte Vedra was always going to be high profile and big news.

When the commissioner Jay Monahan had a pre-tournament press conference he couldn’t ignore the ongoing threat of the Saudi Golf League or the behaviour of Phil Mickelson, who has admitted he used the Saudi project as a form of leverage in his wranglings with the PGA Tour.

And he didn’t even pretend to dodge the issue.

In fact, he jumped straight in by saying: “We are, and always will be, focussed on legacy, not leverage.”

Quite the start to the week, quite a poke in the eye for Mickelson, and now it is the golfers’ turn to create drama.

Last year witnessed an excellent renewal in which Bryson DeChambeau and Lee Westwood re-created their bromance of the week before at Bay Hill.

One or other of them seemed destined to lift the trophy, but they were so focused on one another they overlooked the fast-finishing Justin Thomas and he set a clubhouse target they could not match.

It is impossible to preview THE PLAYERS and not factor the course into the equation.

This Pete Dye design is devilish in nature and exceptionally hard to master.

From the tee box, Dye confuses with an array of water hazards and large bunkers which suggests that there is less room to land a drive than there is in reality.

Approaches are no less tricky, hit onto fast, contoured putting surfaces that repeal a poor strike.

It’s often said that conservative lines are most sensible and yet it is imperative that, when the opportunity presents itself, the attacking option is taken.

Also, note the importance of not running up big numbers. Golfers who thrive here often end a year high in the Bogey Avoidance rankings.

Berger Can Build on Near Miss

When last seen Daniel Berger was spurning a golden opportunity to win the Honda Classic.

He led the tournament, played right on his doorstep, by five shots with 18 holes to play but endured a horrible final round to finish the week in fifth.

A nasty experience, no doubt, but one that can fuel another tilt at a title this week if he heeds the lessons.

He’s been in wonderful form in the last two and a bit years, not just winning twice, but also landing a host of top finishes.

Caesars Sportbooks is offering nine places this week in its each-way terms and that provides massive appeal for Berger because he has no less than 17 top-nine finishes in 39 strokeplay starts since January 2020.

With a high premium on ball-striking at Sawgrass, Spain’s Sergio Garcia has always been a top performer there.

In fact, his record on the layout is really quite dazzling.

He missed the cut on debut and again on his fourth visit, but since then? 17 cuts made in a row!

His form isn’t bad either: nine cuts made in his last ten appearances with seven top 30s.

Back on a favored track the +200 on offer for another top 30 at bet365 (an industry best price) is well worth snapping up.

We had a nice winner with last week’s match bet selection, but it proved to be rather an odd one, with our selection Scottie Scheffler needing to win the tournament itself to end the week ahead of Viktor Hovland.

A win’s a win, no matter how it comes about!

This week we’ll support Australia’s Adam Scott who has been paired with Jordan Spieth by bet365.

It’s an interesting decision because based on recent form it is quite a hard one to call: Spieth leads the head-to-head count 7-5 since the start of 2021, but Scott has triumphed in the last three, including the only events they’ve both played this season.

But at Sawgrass there is a vast difference.

Spieth finished fourth on debut in 2014, but has missed four cuts and has a best of T41st in six starts since then.

Scott has missed three cuts in 19 starts and 13 of those appearances reaped top 40 finishes.

How to Watch THE PLAYERS Championship