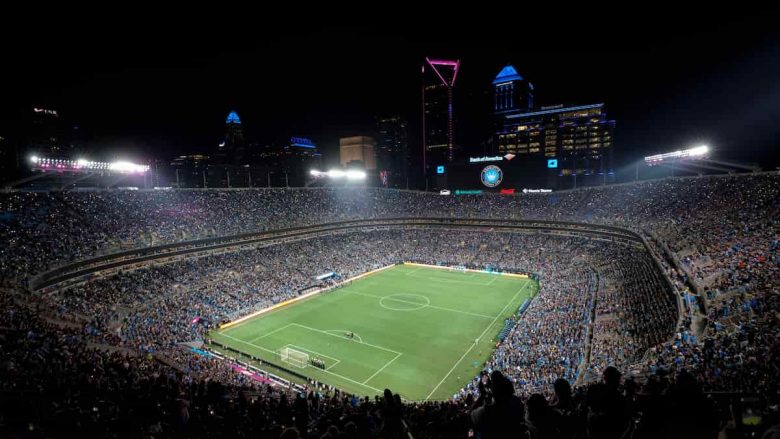 Pick: Puebla to win, both teams to score from Cesars sportsbook

For more information about how to bet on soccer, take a look at our guide.

Puebla is having trouble on the pitch. They need to win big to regain their confidence and bring back their claim for the top position. Toluca is also in trouble for form and they are facing them. This could be their best chance to win big and get their season on the right track.

However, Toluca is also expected to enter this match with the same mindset. Toluca is determined to ruin Puebla’s situation and win a victory that will secure their spot in the playoffs for the following weeks. Although that will take some work, as Toluca currently have the worst goal difference in the league – negative 10 – by some distance.

The bad news is that Toluca has struggled to beat Puebla in recent matches. The last time they won was back in 2019, which was 2 years after their previous win over the opponents.

In the five previous meetings between these teams, Puebla has won thrice. Moreover, they have scored 12 goals in those 5 matches, while Toluca have notched just 6 – four of which came in the thrilling draw in 2021.

We believe Puebla can get on the right track to their first-spot push, after they dropped points in consecutive matches over the past two days.

Toluca Looking To Spring A Surprise On Puebla

Toluca have not been doing well in the league this season and have collected just 13 points in 10 matches. Although they have one game left, their defense is leaking and has made them look weaker than the other teams.

Three losses in five matches has seen them fall out of the league table. While they are currently in the playoff spot, they may slip out of the tournament if they lose to a team below.

A quick glance at their season shows that there are major changes needed at the club. Although Ignacio Ambriz had been brought in to the team in December, he has yet to make a difference and change their fortunes.

In late February they had to score an injury-time goal in order to earn a point against Queretaro. Although they did their best by controlling possession and managing more goals, it was far from a clinical game. Maximiliano Perg handed the home side the lead early in the game, and despite going down to 10 men, they held on for almost 30 minutes. Leonardo Fernandez scored in the 95th minute of the game to level things up.

The draw was supposed to give them confidence for the next match, but this wasn’t the case. Marcel Ruiz gave Club Tijuana a lead, before Joaquin Montecinos secured the win with a 2-1 victory. Christian Rivera scored an own goal for Toluca, proving once again what their weaknesses are in games.

They managed to win at Club Necaxa despite being sat back in their own half. Camilo Sanvezzo scored the winning goal from their first opportunity. They defended very well and eventually won the match.

Pachuca arrived in Toluca on a winning streak. It was impossible for the home team to end this run. The league leaders took 3-0 victories despite only three goals on the target.

Club America beat them 3-0. This was a major blow to their season. Toluca were not allowed a single shot on target, while the home side managed 10. Only one team has scored fewer goals than Toluca’s 10 – Club Tijuana, with 9 – and no one barring Mazatlan – who’ve also conceded 20 – has conceded as many as them this season. You can find more International Soccer matches at this link.

Puebla on a Downward Course After an Early Rise

Puebla were the unbeaten team in March’s league and also topped the table. It was the story that everyone could see and understand.

However, the 4 games in the last 30 days have been abysmal for them, and they have now slipped to third.

They started the month against Juarez FC with a draw. The away team scored first after a scoreless half. It looked as though Puebla would lose their first match. But Alberto Herrera rescued them 11 minutes after coming on, getting the equalizer but no more. They dropped just three points in this season’s first draw, at 1-1.

They won 3-1 over Cruz Azul and the draw seemed to be a minor bump. The game was dominated by them, with Fernando Aristeguieta scoring a hat trick for all three points.

But things turned sour when they lost to Atletico De San Luis, a team in the third place. Although they had only two wins in the season, they managed to shock Puebla with a win late on. Martin Barragan scored the equalizer for Puebla in the 88th minute, but Efrain Orona scored with the final kick of the game to seal the unlikely win for San Luis.

Santos Laguna was the next team to shock Puebla. However, they were able to maintain a draw. Israel Reyes and Martin Barragan scored to hand the home side a 2-0 lead, but two quickfire goals from Eduardo Aguirre in the 78th minute and Leonardo Suarez two minutes later saw Santos walk away with a point from the game. According to the statistics, Puebla has dropped three points in five of their 5 last fixtures. This weekend, they will want to change that.

How To Watch Toluca vs Puebla