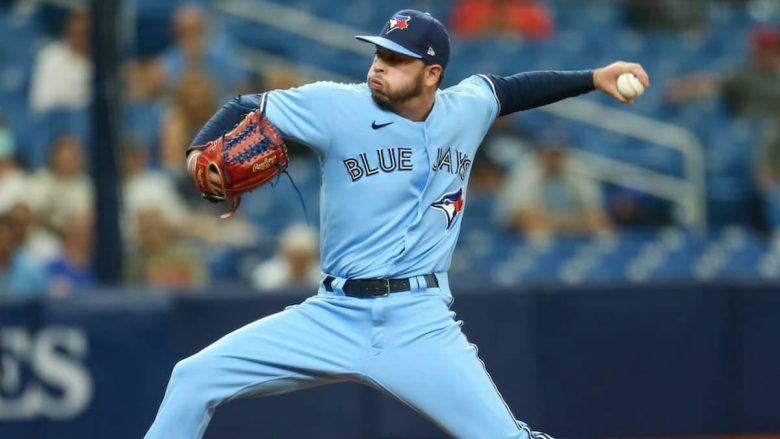 Two legitimate aces will face off in game one as a red hoto Angels offense looks to keep going and the BLue Jays hope to find their form. Hyun-Jin Ryu has given up just one run in two months in the start of May, while Shohei Ohtani has not given up more than two runs in a start in the past month. Los Angeles is great at home and Toronto struggles to score, so we’re going to take the Angels to cover the spread.

Angels to cover the spread

Forget about the fact that the Angels and Blue Jays entered the season with two of the best offenses in all of baseball – but the pitching matchup alone is worth the price of admission.

Toronto ace Hyun-Jin Ryu will face reigning MVP Shohei Ohtani for Los Angeles. Ryu wasn’t himself to start the season, giving up 11 combined runs in just 7.1 innings over his first two outings in April before landing on the injured list with elbow inflammation.

The lefty returned four weeks later and has been a different pitcher since he came back. In two starts in May, Ryu has allowed just one run in 10.2 innings while giving up 10 hits, one walk, and six strikeouts. Ryu led the National League in ERA in 2019, finishing second in Cy Young voting before finishing third the next year.

For the Angels, Shohei Ohtani also struggled out of the gate but has settled back into dominant form over the last month. In the last five outings, Ohtani has had four quality starts and hasn’t given up more than two earned runs in any appearance.

In three starts in the month of May, Ohtani has allowed just three runs and 18 base runners (14 hits and four walks) in 19 innings, posting a 1.42 ERA over that span.

The Blue Jays were supposed to be one of the best offenses in baseball this year, but they just haven’t lived up to the billing this year. Toronto has scored just 158 runs on the season, which ranks 25th in all of baseball.

Vladimir Gurerro Jr. has a .803 OPS, which is respectable for most but still down .200 points from last season.

Los Angeles hasn’t had any problem scoring this season. The Angels’ 212 runs scored this year are the most in the American League and fourth most in all of baseball. They are of course led by Mike Trout, with 12 home runs, 26 RBIs and a 1.113 OPS.

Not to mention, Trout destroys left-handed pitching – batting .455 in 33 at-bats against southpaws. And he has had help this year, with Ohtani, Jared Walsh, Anthony Rendon and Brandon Marsh have also contributed as well, each has at least 23 RBIs and OPS’s above .744.

For the Angels, the key is to find someone who hits left-handed pitching well, since Ryu will likely make it through the order three times. That’s why we’re going to select Taylor Ward who has been great against lefties this season, going 11-for-26 (.423) with more walks (5) than strikeouts (4).

For Toronto, we’re looking for someone who is good away from home and that’s the catcher, Alejandro Kirk. Kirk is hitting .269 (18-for-67) with a .333 OBP away from the Rogers Centre this season with more walks (7) than strikeouts (6).

How to Watch Blue Jays at Angels