Toronto FC Vs LA Galaxy: Need To Tighten Up In Defense Next Season 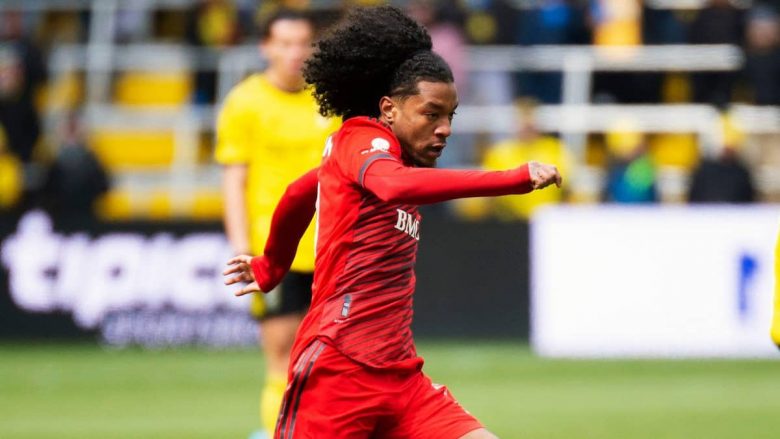 Toronto FC to win or draw

This should be a fascinating tie between two sides on the up. Los Angeles Galaxy have found some form in recent weeks and Toronto FC have looked like a different side altogether since the arrivals of Lorenzo Insigne and Federico Bernardeschi.

There’s nothing between the two sides as far as head-to-head history is concerned. They’ve got seven wins each with eight matches ending in a draw. Toronto FC will be playing at home and are in greater need of a win, which is why you can’t see them drawing this game. They definitely have the quality up front to get all three points in this.

The last meeting between the two sides took place back in January in a friendly and ended in a 0-0 draw. Toronto FC hasn’t been a strong outfit prior to recent months but have still had a decent record in recent meetings against Los Angeles Galaxy.

They will be a completely different animal heading into this match. They are one of the in-form teams at the moment and have two of the best players in the league on the roster. The last competitive match between the two sides ended with a 2-1 win for Toronto FC but it was back in 2020. It’ll have little bearing on what happens in this game because a lot has changed since that time.

Toronto FC Do Enough For All Three Points Against Charlotte FC

Toronto FC weren’t fully at the races against Charlotte FC on the weekend. They were on the receiving end of 19 shots and only had 41 percent of the possession but their quality came through on the day. Lorenzo Insigne and Federico Berndardeschi did just what their fans have come to expect of them and scored a goal each in the second half to give them a vital 2-0 victory. There’s still work required to make it to the playoffs as they’re only in 10th place on the Eastern Conference standings but the gap among teams in the mid-table isn’t large.

Bernardeschi And Insigne Have Settled In Brilliantly

It might slip the notice of some soccer fans but Toronto FC’s two big signings are part of the Italian side that won Euro 2022. If there were any doubts about how they’d settle in, those doubts have been quashed in days. Federico Bernardeschi has scored five goals and racked up two assists in just seven games, whereas Insigne has scored one goal less than his Italian teammate and registered the same number of assists as well in that time.

As long as the two players are fit and firing, Toronto FC could beat any team in the league. Many of the summer signings have had a positive impact on their side but none like these two.

Need To Tighten Up In Defense Next Season

With the attack taken care of, all Toronto FC need to do next season is invest a bit in defense. For now, the attack should help them win most games but as the last match suggested, they’re still far too easy to play through at the back.

They’ve conceded 47 goals all season with an expected goal against value of 49.1. The new signings are by no means the most active players in a defensive sense either but will lighten the load because opponents will commit a few more bodies to stop them but that shouldn’t stop Toronto FC from addressing what needs to be done in the coming seasons. The investment in attack will be for nothing if they don’t take care of this.

Goalkeeper Quentin Westberg is the only injured player at the moment. He suffered a bruised rib in July and has been out since.

LA Galaxy are currently on one of their best runs of the season. Javier Hernandez is finding the back of the net with regularity now, and scored in the 15th minute in their last game, alongside Daniel Aguirre, who scored one in the 4th minute. It was just a matter of holding onto the lead and despite Carles Gil’s goal for New England Revolution in the 82nd minute inducing some panic, LA Galaxy managed to get all three points and are now in 7th place with a few games to spare.

Riqui Puig got his first assist in the MLS and will be hoping to provide some of that control and creativity that the side has been lacking for a while.

Puig found game time hard to come by at Barcelona during a couple of difficult seasons for the club and it looks like he’s going to be a big success in the MLS based on his first game for LA Galaxy. Puig showed trademark Barcelona qualities through his slick short passing, final ball and great retention in that last game. Teams will find it hard to get the ball off of him and make LA Galaxy a nightmare to play against if this continues. Puig also represents a big change in the MLS, coming to the league despite being so young, when the league is often castigated as a retirement home. He could be among the many players who change that perspective going forward.

Javier Hernandez Is Hitting Form At The Right Time

Javier Hernandez scored his 12th goal of the campaign thanks to a brilliant pass from Puig and will be hoping to form a partnership with him on and off the pitch going forward. The poacher had been missing a lot of big chances earlier in the season but has now come good for his expected goals value of 12.1. It’s a long season and players tend to eventually find the back of the net if the service is good. He shouldn’t have any trouble with the service going forward with Puig happy to supply deliveries.

Left-back Jorge Villafana has been out since March with a knee issue and undergone surgery. There is no expected return date.

How to Watch Toronto FC vs Los Angeles Galaxy