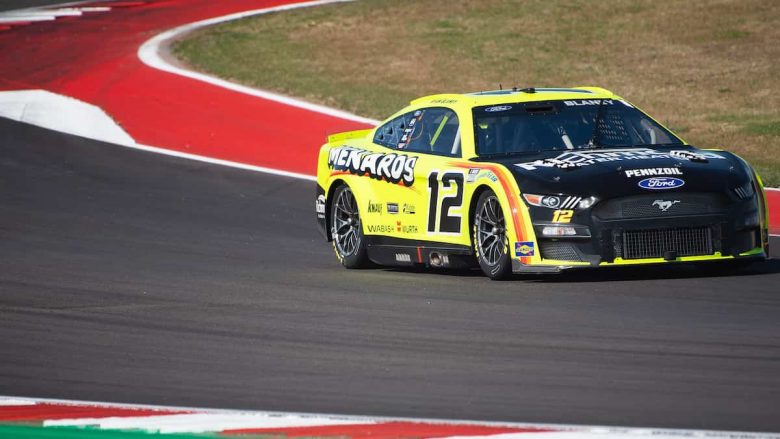 , , , . The NASCAR Cup Series will head to Richmond Raceway in the inaugural points-paying race of the season on a track less than one mile.

Ryan Blaney Was Stellar For One Lap. How About 400 This Week?

With the retirement of Ryan Newman, who won 51 pole positions during his career, the NASCAR Cup Series needed a new “Rocket Man.” Another Ryan–Blaney–seems to have filled the bill quite nicely.

Blaney has won the pole for three of the seven Cup races this season, including Sunday’s Toyota Owners 400 at Richmond Raceway. Blaney actually has four consecutive front row starts including two at Atlanta.

Blaney isn’t quite finished. Though he has led at least one lap in all six races so far–and 206 laps overall–and is second in the standings, Blaney’s best results this season have been a pair of fourths, at Daytona and Phoenix.

Blaney has eight career poles, but has never been the first to take home the win from the top spot. And in the last 66 Cup races at Richmond, the polesitter has taken the checkered flag just seven times.

Nevertheless, we think that number will be “eight” on Sunday when Blaney (co-favorite at +800 via DraftKings) breaks the ice at Richmond and scores his first victory there. Forget that Blaney’s average finish of 22.2 at Richmond makes it his worst track statistically. The new NASCAR race car is a game changer.

Blaney was third fastest in Saturday’s practice, but he led all other drivers in five-, 10-, 15-, 20- and 25-lap average speed. This is a good sign for long runs at Richmond Cup races.

Is it finally time for the Toyotas in NASCAR Cup Series Races?

Busch placed third during Saturday’s time trials. Truex was sixth. Christopher Bell, their Joe Gibbs Racing colleague, was ninth. Denny Hamlin, who in the past has displayed mastery at his home track, will start 13th.

Busch (+950 via DraftKings) has six wins at Richmond, but he hasn’t tasted victory on a short track since he won at Bristol on April 7, 2019. Truex has enjoyed the smaller circuits and won six trophies since Busch’s win at Bristol.

So if Blaney doesn’t win on Sunday, we’ll take Truex (+800 via DraftKings) to give Toyota its first victory of the season. This may indicate that Toyota will sponsor both the Xfinity Cup and Cup races.

Ryan Blaney might have the advantage in qualifying but Ross Chastain is much more successful where it matters–in races.

In his four previous starts, Chastain placed third, second, and then first at Circuit of the Americas on Sunday. This was Chastain’s first Cup victory and the first win for Trackhouse Racing.

Can this streak of three consecutive top-three finishes continue at Richmond Raceway It would be a contradiction to the statistics. Six Cup races at the have been held at the 75-mile track, Chastain has posted an average finish of 24.8.

But that does not take into consideration his new team or NASCAR’s brand new car. This seems to be a good fit for the No. 1 Chevrolet admirably. We say forget the past and bet on Chastain to finish in the top three once again at +400 via DraftKings.

How to Watch Toyota Owners 400