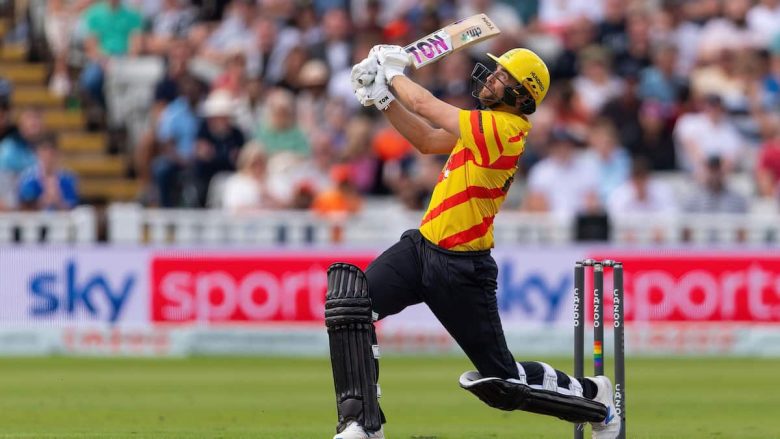 Trent Rockets and London Spirit will clash horns in the 20th match of The Hundred Men’s 2022 edition on Saturday, 20th August. The match will be played at the Trent Bridge in Nottingham.

Trent Rockets have had a nearly flawless campaign so far, barring only one poor performance. They won all of their first three matches – beating Birmingham Phoenix, Northern Superchargers and Manchester Originals in the process. Though Birmingham ended their winning streak in their fourth match, Lewis Gregory’s team made a stunning comeback in their last outing. They handed Oval Invincibles a 25-run defeat.

On the other hand, London Spirit have certainly been the most consistent and intimidating team in this edition of The Hundred Men’s competition. Eoin Morgan’s men have won all of the four matches they have played so far and making it five wins in a row is now the number one goal for the team from the capital. They secured a narrow 3-run win over Oval Invincibles in their first match, before handing Manchester Original a comprehensive 52-run defeat. In their last couple of matches, Spirit have defeated Southern Brave and Northern Superchargers by 9 runs and 7 wickets respectively.

Given that they came back to winning ways in the last match against Oval Invincibles, it is highly likely that Trent Rockets will not make any changes to their playing XI. However, there is room for a change in the batting department. Tom Kohler-Cadmore is having a poor season and against the Invincibles, he could score only 13 runs from 16 deliveries.

He could be asked to make way for Ian Cockbain, while in such a scenario, Tom Moores could be asked to keep wickets. Besides that, Daniel Sams also had a poor game against the Invincibles, but he did enough in the previous games to nail his place in the team.

Similarly, London Spirit will also have no reasons to make changes to a winning combination, but a closer inspection will show one plausible area of concern. Brad Wheal could not pick up any wickets in the last match against Northern Superchargers, and he has picked up only one wicket in this tournament so far. In his place, 32-year-old pacer Chris Wood could be given a chance.

Dawid Malan: Dawid Malan is proving why he is considered one of England’s most lethal weapons in T20I cricket. The 34-year-old is currently leading the run-scoring charts for Trent Rockets, having scored 241 runs at an extraordinary average of 80.33 and an equally impressive strike rate of 185.38. Malan has scored a couple of half-centuries – against Northern Superchargers and Manchester Originals.

Jordan Thompson: In Glenn Maxwell and Eoin Morgan, London Spirit too have a few good performers with the bat. But if we are to name their best performer from this season, it should be the 25-year-old medium pacer from Yorkshire, Jordan Thompson. He has scalped 9 wickets in four matches, maintaining an average of only 13.77. Thompson’s best performance was against Manchester Originals, where he scalped four wickets.

How to Watch Trent Rockets vs London Spirit