UEFA Super Cup Winner 2022: Los Blancos Should Have Too Much Quality For Frankfurt 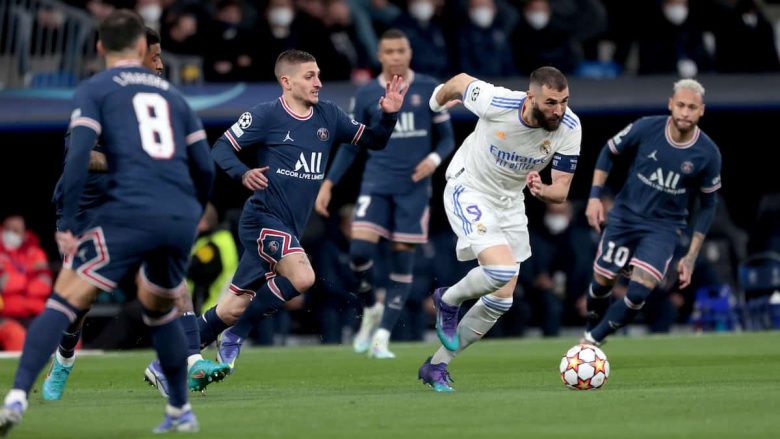 It is hard to see Eintracht Frankfurt overcoming Real Madrid in the UEFA Super Cup 2022.

Los Blancos are not immune to defeats in this match, having lost three of their seven appearances up to now. But Madrid beat some fantastic teams on the way to Champions League glory last term, including Paris Saint-Germain, Chelsea, Manchester City and Liverpool. They should have too much quality for Frankfurt, who only managed an 11th-place finish in the Bundesliga in 2021/22.

Frankfurt did pull off a major shock in overcoming Barcelona on the way to their Europa League success last season, so we should not dismiss their chances out of hand. However, it is fair to say that Frankfurt would need Madrid to have an off-day if they are to lift the trophy at the Olympic Stadium in Helsinki.

Carlo Ancelotti has already won the UEFA Super Cup three times: twice with AC Milan and once in his first spell in charge at the Estadio Santiago Bernabeu. Currently tied with Pep Guardiola, he will become the most successful manager in the Super Cup’s history if his team defeats Frankfurt.

What Is UEFA Super Cup?

The UEFA Super Cup is an annual match between the winners of the Champions League and the winners of the Europa League. The first official edition was held in 1973, with Ajax getting the better of AC Milan. Initially staged over two legs, it became a one-off game in 1998.

The UEFA Super Cup was the brainchild of Anton Witkamp, a Dutch journalist. He pushed for the addition of a match to definitively determine which team was the best in Europe. UEFA initially resisted the idea but ultimately decided it would be a good addition to the calendar.

The UEFA Super Cup 2022 will be held at the Olympic Stadium in Helsinki, the capital of Finland, on Wednesday 10 August. It is the first time that Finland has ever hosted the UEFA Super Cup.

The UEFA Super Cup is played between the Champions League holders and the Europa League holders – ie. the winners of Europe’s two biggest club competitions. However, it was not always this way.

Has a Europa League Team Ever Won the UEFA Super Cup?

Who Won the UEFA Super Cup Most?

The UEFA Super Cup is increasingly seen as a major trophy, although that view is usually pushed by clubs that have won it and therefore have a vested interest. Since it is just a 90-minute match rather than a full tournament, it will never be on the same level as the Champions League or perhaps even the Club World Cup.

What Happens if You Win the UEFA Super Cup?

The winner of the UEFA Super Cup receives a full-size replica of the tournament’s official trophy, the current version of which was created in 2006.

The winning team also receives 40 medals to distribute to their players and coaching staff. The prize money as of 2020 is €5m for the winners and €3.8m for the runners-up.

How to Watch UEFA Super Cup