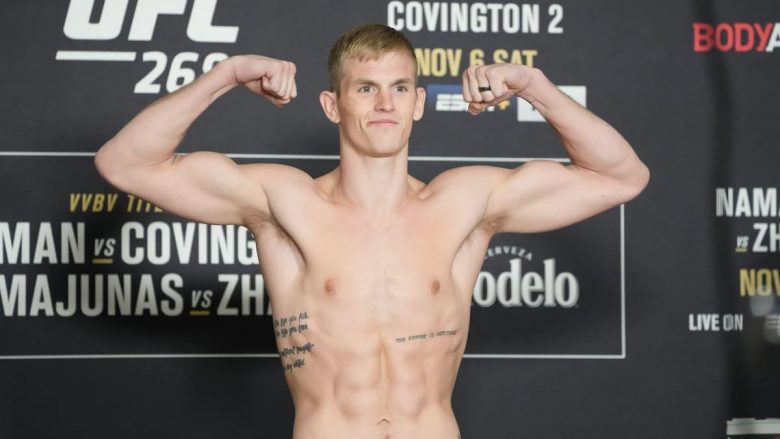 These odds are provided by DraftKings Sportsbook. To place your bet, click on DraftKings.

Probably the hottest prospect in the UFC right now, Ian Garry is coming off a spectacular first round KO win over Jordan Williams in his UFC debut. Garry ended the first round with an incredible counter right. Darian Weeks UFC debut was a loss to Bryan Barberena by unanimous decision. A win over Ian Garry will help him get on the right track. -7-0 252Record 198. 194. . .

Jairzinho Rozenstruik is a veteran kickboxer and will have a huge advantage in the striking department over Macin Tybura who tends to mix in all the elements of MMA into his game. The fighters have just lost and need to win again. Tybura is looking to dominate his opponent’s grappling, and add some knockout power.

Aspen Ladd is currently on a two fight losing streak and seemed to lack confidence in her most recent bout where she lost to Norma Dumont via unanimous decision. After a loss to Holly Holm, Raquel Pennington is now on a winning streak of three fights. After a loss to Holly Holm, Pennington has gained some momentum and will be pressing her opponent.

Mickey Gall has been having mixed results as of late and is currently coming off a unanimous decision loss to Alex Morono. Mike Malott has a winning streak of three bouts and was awarded a UFC contract. He defeated Shimon Skoriktski by submission in round 1.

Mark Madsen is a former olympic wrestler who is undefeated so far in MMA. Vinc Pichel, an UFC veteran who is known for his sprawling and brawl style of fighting, will face him this round. Pixel currently has a winning streak of three. Madsen defeated Clay Guida by split decision. Madsen is looking to take down Clay Guida consistently, but it’s difficult for him to do so. A judges decision will likely be made.

MMA veteran Aleksei Olenik was originally meant to face Ilir Latifi for this bout and has had a long training camp to prepare for this fight. Jared Vanderaa, on the other side, has agreed to fight in this bout on very short notice. This will be a disadvantage for him. Oleynik, on the other hand, will try to win his sixth career title in this fight. He will also be seeking the submission like he does every time.

Aleksei Oleinik via submission in round one (+275)

Another UFC debut here as Josh Fremd faces Anthony Hernandez as his first opponent. After beating Rodolfo Viera with a stunning submission win, “Fluffy” Hernandez is looking to ruin the fun by submitting another opponent. Fremd, a formidable fighter who has won multiple rounds in his last fight against Rodolfo Viera, will try to stop Fremd with another spectacular submission finish.

Anthony Hernandez via submission round 1 (+275)

Kay Hansen will have the experience advantage going into this fight where she welcomes undefeated prospect Piera Rodriguez into the UFC. “La Fiera”, a contender in the UFC’s series, won a unanimous win against Valeska Machado. She will be looking to continue her winning streak but will face seasoned opponent Piera Rodriguez.