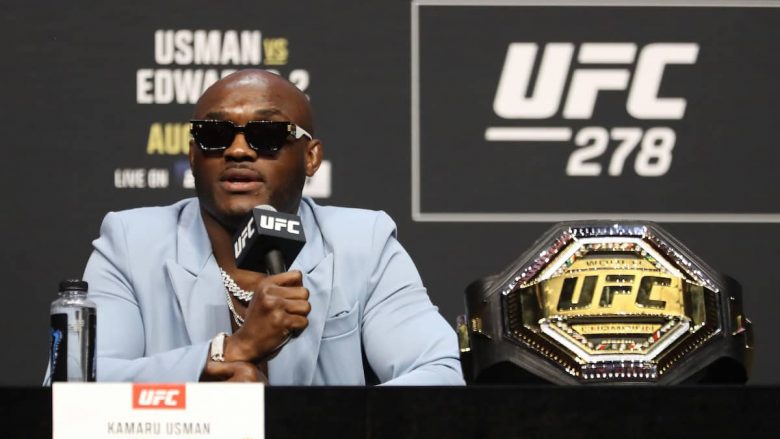 His opponent, Leon Edwards, has not lost a fight since the first time he did battle with Usman back in 2015. Edwards, who lost to Usman in June of last year, has now won nine consecutive fights (with one no contest).

Edwards is ranked as the number-two welterweight in the world while Usman ranks as the number-one pound-for-pound men’s fighter on the UFC roster.

The challenger will stand two inches taller but the champion will have a reach advantage of two-inches. To find out more about placing your wagers on this main UFC event, visit our Ultimate UFC Betting Guide.

Rockhold has lost his last two fights, including a knockout loss to Jan Blachowicz during a move up to the light heavyweight division. He has not won a fight since his 2017 TKO of David Branch.

Like Rockhold, Paulo Costa is riding a two-fight losing streak. After losing to Israel Adesanya, champion of Brazilian jiu-jitsu, he lost at light heavyweight last October to Marvin Vettori.

Both fighters boast black belts in Brazilian jiu-jitsu. Rockhold will be five inches taller than Costa and have a substantial advantage in reach.

However, unsurprisingly, the more active Costa is listed as a -340 favorite.

Merab Dvalishvili has won his last seven straight with his last win coming in the form of a second-round TKO over Marlon Moraes at UFC 266 last September.

Dvalishivili’s black belt in judo will be tested by Aldo’s black belts in Brazilian jiu-jitsu and luta livre.

Marcin Tybura TALE OF THE TAPE Alexander Romanov 36 Age 31 6 ft. 3 in. Height 6 ft. 2 in. 78 in. Reach 75 in. 22-7 Record 16-0 After five wins in a row (including two performance bonuses), Marcin Tybura recently had his winning streak snapped by Alexander Volkov last October at UFC 267. Tybura was a TKO winner over Greg Hardy and Walt Harris prior to this loss.

Fighting just a few months ago, undefeated Alexander Romanov submitted Chase Sherman in the first round of their fight this past April.

This was Romanov’s fourth win at the UFC, and fifth place finish.

Tybura stands one inch taller and will have a three-inch reach advantage. However, Romanov is the second-largest betting favorite on the main card at -500.

He defeated Ike Villanueva in the first round by KO last April.

Pedro takes on Harry Hunsucker, who is 0-2 since signing with the UFC. Both of his losses were by knockout in the first round.

Tyson Pedro will stand one inch taller than Hunsucker and will have a four-inch reach advantage. Additionally, he holds black belts for Brazilian Jiu-jitsu and Japanese Jiu-jitsu.