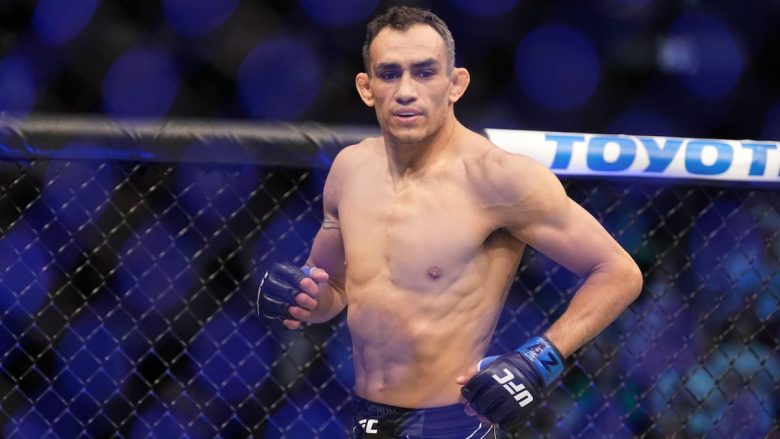 “Mean” Hakeem Dawodu has gone an impressive 6-2 so far in the UFC and defeated very formidable opponents along the way such as Kyle Bochniak, Julio Arce and Zubaira Tukhugov. He has suffered only two losses in his professional career, both occurring during his time with the UFC.

His debut loss to the promotion was via guillotine choke against Danny Henry. His second loss, and his most recent one, came through a unanimous decision to Movsar Eloev.

Julian “Juicy J” Erosa head kicked his way into the UFC with a second round knockout win over Jamall Emmers on the contender series in 2018, but has since had a mixed bag of results ever since joining the promotion. Erosa began his UFC career with three losses. He lost to Grant Dawson, Devonte Smith and Julio Arce before being finally cut by UFC.

After winning the first round of a regional bout, Erosa was unable to win and lost three times. “Juicy J”, however, returned to winning ways. He defeated Sean Woodson in Round 3 and Nate Landwehr in Round 4. In his two last fights, Eros beat Charles Jourdain by D’Arce choke. Steven Peterson won via split decision.

Hakeem Dawodu to win by Split or Majority Decision (+700)

Jailton Almedia’s eleven fight winning streak seems to have no end in sight and so far during his time in the UFC he has defeated Danilo Marquez and Parker Porter both in the first round. ” Maladinho has won all of his mixed martial arts professional fights by way of finish.

Anton “The Pleasure Man” Turkalj is a very well rounded MMA fighter from Sweden with a variety of different finishes on his resume including two rear naked choke submissions, ground and pound finishes as well as a spinning backfist KO in his most recent fight at Brave CF 50. He makes his UFC debut after beating Acai dos Santos in the first episode of season one’s contender series.

Jailton Almeida to win by Submission in round one (+150)

Dennis Tiuliulin started off his career in his home country of Russia before making an appearance at UAE Warriors 18 where he knocked out Jucelino Ferreira in the first round. Tiuliulin signed for UFC. He faced Aliaskhab Khazir in his first fight, and lost the contest via rear naked choke.

In his first fight for the UFC, Dennis Tiuliulin will take on Jamie Pickett ,

Who is another contest series graduate who will be appearing on this card.

Jake “The Prototype” Collier has had a mixed bag of results since joining the UFC and has followed the trend of losing one fight and winning the next one over and over since all the way back in 2014. Collier won his last fight by winning a rear naked choke over Chase Sherman. He then lost to Andre Arlovski unanimously in round two. If the winning, losing, win, and loss trend continues, Collier will be up for victory in his next fight.

Chris “BeastBoy”, Barnett, has been fighting all over the globe and is known for his entertaining highlights reels.

After a first round KO win over Ahmed Tijani Shehu at UAE Warriors 13, Barnett was finally signed to the UFC.

His debut was a disaster as he lost to Ben Rothwell by Guillotine choke during round 2.

Barnetts next fight however would absolutely skyrocket his popularity among UFC fans as he knocked out Gian Villante with a spinning heel kick in round two at UFC 268. “BeastBoys'” last UFC fight ended in disaster. Martin Buday scored a knockout on Barnett’s head. Buday was then awarded the win via technical decision.

Number fifteen ranked Women’s featherweight fighter Norma “The Immortal” Dumont started off her mixed martial arts career in her home country of Brazil, winning all her regional fights at Jungle Fight, Federacao Fight, and Shooto Brazil. Dumont lost her UFC debut to Megan Anderson. However, she went on to win the next three bouts against Felicia Spencer, Ashlee Evans Smith, and Aspen Ladd unanimously.

In her latest UFC bout, Norma Dumot lost by a split decision to Macy Chiasson.

Danyelle Wolf is a pro boxer who recently made the switch to mixed martial arts when she defeated Taneisha Tennant in her first ever MMA fight on the contender series in 2020.

Wolf has a pro boxing record of 27-14-0 and has taken over a year off to continue honing her skills in MMA in preparation for this fight.

Norma Dumont to win by Submission in round one (+750)

Chad Anheliger first started off his mixed martial arts journey with a two fight losing streak, and his other three losses also came very early in his career. HTML2_ “The Monster” is currently on a ten-fight winning streak.

In 2021, Anheliger made an appearance on the contender series and defeated Muin Gafurov via split decision.

The Canadian fighter made his UFC debut in February. He defeated Jesse Strader by ground-and-pound knockout.

Meanwhile, Heili Alateng (AKA “The Mongolian Murderer”) started his UFC career by winning two consecutive fights over Ryan Benoit and Batgerel Danaa before succumbing to Casey Kenney in a unanimous decision. Alateng lost his next fight to Gustavo Lopez. He won the fight via knockout.

Melissa “Super Melly” Martinez enters this bout after a three year lay off due to multiple of her fights being cancelled in recent years. The young Mexican strawweight has been winning eight of her fights, which she plans to continue with nine wins against Elise Reed.

Elise Reed vacated the CFFC title to sign with UFC. However, she lost her first fight to Sijara Eubanks by ground-and-pound TKO round 1. Reed’s UFC debut ended with a split victory over Corey McKenna. San Hughes lost the third round via a TKO.

Darian Weeks put together five wins in a row before making his UFC debut, but has since lost both of his fights in the promotion. He lost to Bryan Barberena in the UFC’s debut bout.

Yohan “White Lion” Lainesse had a winning streak of seven fights before he made an appearance on the contender series. He defeated Justin Burlinson by knockout in round one. Lainesse suffered a terrible UFC debut when he was defeated by Gabe Green.